About 47% of the country’s population lives in cities. Population growth and increasing poverty are driving more and more people from their structurally weak villages to the cities. In particular, the outlying communities of the Cotonou agglomeration, such as Abomey-Calavi, have enormous growth rates. In addition to migration to the cities, intrarural migration movements play an important role. While internal migration now predominates in Benin and the country is increasingly developing into a target area for cross-border migration, the Benin population was involved in the macro-patterns of international labor migration in West Africa, especially during the 1960’s and 1970’s. The main target countries were Ghana and Nigeria.

After international labor migration to Ghana, Côte d’Ivoire and Nigeria decreased in the late 1960’s and mid-1980’s, Benin is now shaped by internal mobility processes. The migration map in Benin shows areas of emigration and immigration by municipality. The high growth rates in the central parts of the country are fed by the intrarural migrations directed towards central Benin. The emigration areas are in the extremely densely populated south of Benin and in the regions of the north-west, which are more densely populated than the national mean.

According to neovideogames, Benin is politically stable and has an economic growth of 5.5%, but it is not enough for the young population and so over 300,000 people leave every year the country. For the most part, the other economically attractive African countries are destinations for migrants. A Beninese doctor who practiced in both Europe and Benin diagnosed a ‘personality disorder’ in Diaspora Africans with one foot in Europe but one head in Africa.

As in many African countries, Benin is also characterized by the gap between the poor majority of the population and the wealthy few. Over 30% of the population lives below the absolute poverty line, and the trend is rising. About 65% of the population is among the 20% of the poorest people in the world. The lack of jobs in the cities is forcing many Beniners to work in the informal sector or to stay afloat with several jobs at the same time.

In pre-conical times there were caste-like population groups in parts of Benin who were assigned certain activities and a certain place within the social hierarchy. In North Benin, for example, the Gando were the slaves of the Fulben nomads. The group, which today lives in Benin as a culturally independent group, had to till the fields for the Fulbe.

Everywhere in Benin, such as in Kétou, you can visit so-called “kings” in their palaces, but kingship is less a relic of pre-colonial structures than a consequence of the ‘scramble for Africa’ after the Berlin conference of 1884/85 at the it had been stipulated that an occupation would only be recognized if there were valid contracts with local authorities. Local and regional rulers were called ‘kings’ to give the treaties greater significance. The traditional rulers of Benin became colonial administrators because of their function as local representatives(chef de canton) accused of complicity with the French by a new local political elite even before independence. Its political influence was restricted by various decrees in the early 1960’s. In the young state there had to be village chiefs can now be chosen. Belonging to the local aristocracy was no longer a criterion that candidates for a local office had to meet. Overall, however, the position of the ‘traditional chefferie’ remained ambivalent until Kérékou came to power in 1972: On the one hand, the canton chiefs who were appointed during the colonial period were gradually replaced by elected representatives, and on the other, they officially continued to have an advisory role. In many cases, they also managed to control the new political offices by allowing members of their families to be elected to important offices on the basis of their unbroken authority within the local population. The repressive policy of the socialist regime between 1972 and 1990 against the ‘traditional chefferie’ was part of an ideologically motivated, Broad campaign against traditional institutions and practices seen as backward such as witchcraft and ancestral and spirit cult. The discrimination against the upper class of the village, viewed as ‘exploiters’, is to be seen as a legitimation strategy of the new rulers. However, this in no way resulted in a complete smashing of the aristocracy, but rather in a sensitive weakening. Important tasks such as tax collection have been stripped from it and its informal legal powers abolished. In addition, no successor was allowed to be enthroned on the death of a king, which meant that many traditional rulerships remained vacant during the 1970’s and 1980’s. Many traditional authorities regret the lasting loss of importance of the local aristocracies between 1972 and 1990. In the course of the democratization after 1990 and the associated rehabilitation of victims of political oppression and persecution during the sole rule of the socialist unity party, traditional institutions began to be re-legitimized. Vacant positions in the’traditional chefferie’. At the same time, new so-called ‘kingdoms’ emerged at the local level, which before the revolution only had the status of a subordinate representation. At the national level, the Conseil des Rois du Bénin was founded to represent the interests of traditional rulers. Recurring demands for a legally anchored integration of the chief offices in the municipal administration, however, has not yet given in. Traditional rulers therefore form a parallel structure to the state administration that is often underestimated in its influence. The attempt to amend the constitution, which had already failed twice in parliament and initiated by Patrice Talon, should also have regulated the position of traditional rulers. 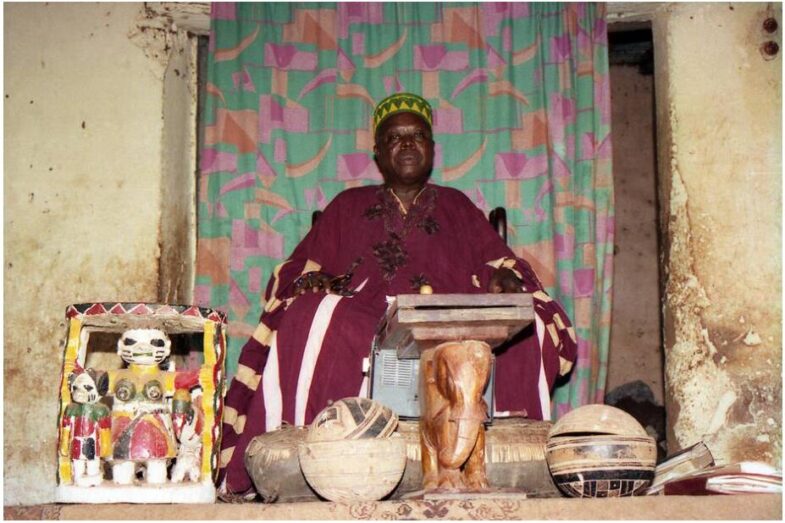