Economics and Business in Africa

Since the turn of the millennium, most African countries have experienced economic growth. But business in the continent is still dominated by commodity production, especially minerals and oil, and agriculture. More than half of all Africans are still employed in agriculture. The informal sector, especially in retail and crafts, also constitutes a large part of the African economy.

Telecommunications and energy are among the sectors that have been focused on a lot in recent years. It is also invested in tourism, which is a growth industry across much of the continent.

The continent was colonized to a large extent to gain access to large commodity resources. Minerals such as gold and diamonds in southern and western Africa, rubber and palm oil in central and western Africa. Plantation economics and agriculture were also established on a large scale in several places on the continent, among the agricultural products were cocoa, cotton, coffee, sisal and sugar.

The dependence on European markets caused Africa to be severely affected by collapse in commodity prices in the interwar period. Far south of the continent, a mining- based economy grew. Southern Africa has, among other things, huge mineral resources in the form of gold, coal, diamonds and copper. This belt of mineral resources extends north to Angola and the Democratic Republic of Congo, where there are also large deposits of minerals such as coltan. The region also has deposits of uranium.

In the 1930s, oil was discovered in today’s Nigeria. Since then, West Africa has become a major oil producer, countries such as Angola, Gabon, Equatorial Guinea and Nigeria having oil as their main export commodity. The same applies to several countries in North Africa, such as Algeria and Libya. Follow this link to see all countries in the continent of Africa. 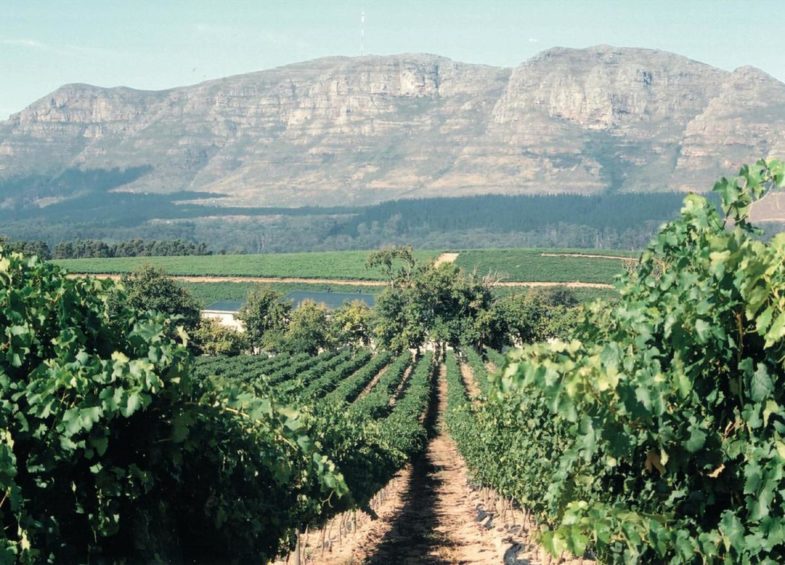 South Africa grows and exports a wide range of agricultural products, not least the country is a significant wine exporter. Here you can see vines on a farm not far from Cape Town.

The continent’s infrastructure was mainly built for export of raw materials. This means that roads and train lines go from ports along the coast towards mines and plantations. During the colonial period, all the commodities were exported, and a small processing industry was built up on the continent. This still applies in several countries, especially the oil-producing countries on the west coast and the mineral-rich countries of Central Africa.

In southern Africa, and especially South Africa, industry was built around mining. Both the mines and the industry are labor intensive and employ both South Africans and migrant workers from neighboring countries. South Africa has long been the largest sub-Saharan economy, despite a relatively small population.

Right after independence, many countries tried to develop their own industries, to ensure that more of the resources remained on the continent. Major infrastructure projects were also initiated. To finance it all, many countries raised large loans, other projects were funded through development aid.

Nevertheless, the economic development on the continent was modest. It has been pointed out that this was due to the continent continuing to export raw materials at favorable prices to the recipient countries, often the former colonial countries.

During the 1980s, debt became difficult to handle for many African countries. Large loans were raised to finance new infrastructure and development, but not all projects were successful and a great deal of funds also disappeared to completely different things than they were intended. Among other things, several African countries spent large sums on military equipment and war, other funds disappeared in corruption. In some countries, a small political and military elite enriched state revenues.

Therefore, during the 1990s, stricter demands were placed on the use of money by the largest creditors, namely the World Bank and the International Monetary Fund. Some of the measures to cut public spending were unpopular, including cuts in the number of public employees and subsidization of certain foods and fuels.

Despite stricter requirements, Africa experienced a debt crisis and debt cancellation requirements increased. This was especially true of countries where loans were taken out and used for military equipment, or stolen by corrupt leaders. Towards the end of the 1990s, therefore, the UN took the initiative to decontaminate and erase debts to the hardest hit countries.

The new millennium has often been called Africa’s millennium. Fewer wars were fought on the continent than ever before, and more countries were wiped out. Now economic growth has also accelerated in several countries. Economic growth on the continent as a whole exceeded growth in Asia in 2007. When the world was hit by economic crisis in 2008, growth in many African countries continued. The exception was oil exporting countries, where growth is entirely dependent on the price of oil. Throughout the period since 2000, Africa has seen growth of almost five per cent. 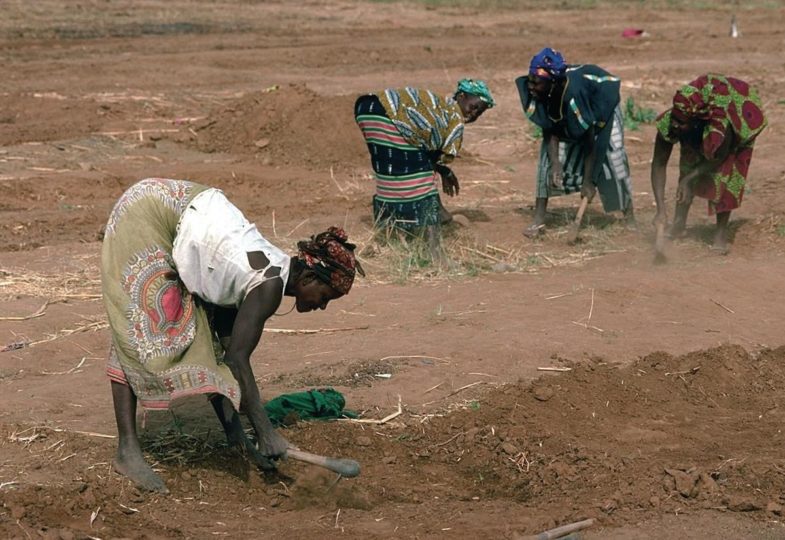 Parts of Africa have very dry and scarce soils. Low and unstable rainfall and traditional working methods often make yields low. The picture is from Mali, which is largely desert or semi-desert.

Economically, Africa can be divided into several regions. Each region has some countries leading the way in development. In North Africa there are several strong economies, not least due to the oil and gas industry. In the south, South Africa has had the role of economic locomotive. In West Africa, Nigeria. The latter is challenged by Senegal, Ivory Coast and Ghana, all of which have experienced strong economic growth. In Central Africa, the oil country of Angola is leading, over the neighboring Democratic Republic of Congo. In East Africa, Ethiopia has passed Kenya as the region’s largest economy.

Regional trade has also increased as demand inwards on the continent grows. In 2018, the African Union (AU) agreed to create a free trade area to further strengthen continental trade. When the agreement came into force in July of the following year, about half of all African countries had joined it. The agreement will replace previous regional trade agreements and, in the long term, make it easier to move goods, services and people across the borders of the continent.

While much of Africa’s growth in the first decade of the 2000s was due to high commodity prices, recent years have seen growth in several sectors. Much of the growth has come in the informal sector, which according to the International Labor Organization (ILO) accounts for around 40 percent of all economic activity on the continent. The informal sector often bypasses regulations and taxation, and provides poor working conditions. Many countries are therefore trying to “formalize” the informal sector, which is expected to provide further economic growth and higher tax revenues.

New industries, such as mobile telephony, have also become more important. Several countries have also invested in infrastructure and tourism.