Since July 26th 2018 there is a new charter of political parties in Benin (loi n ° 2018-23 portant Charte des partis politiques en République du Bénin). In addition, a new electoral law was passed on September 3, 2018. Important changes in this new electoral law include the amount of the deposits to be submitted by the candidates for the presidential election – 250,000,000 CFA (approx. 381,123 euros) instead of 15,000,000 CFA (approx. 22,867 euros) Parties pay a deposit of 249,000,000 CFA (379,598 euros) for their respective candidate list. Before the new electoral law, there were a total of around 60 approved parties in Benin. The 83 members of the 6th national assemblies are elected for four years since the new constitution came into force. The active voting right is 18 years, the passive is 25 years. The parties represented in parliament mostly have a strong regional-ethnic orientation, their programs hardly differ from each other. For the parliamentary elections on April 28, 2019, the opposition parties (including FCBE of the former President Dr. Thomas Yayi Boni) did not manage to register. A conversation between President Patrice Talon and the opposition could not lead to a compromise. At the second meeting on February 25, 2019, the opposition was not present. At the moment, the parties per Patrice Talon are grouped into “Bloc Républicain” and “Union Progressiste”. They are the ones who were registered and participated in the general election on April 28th alone. The expulsion of the opposition had demonstrations in Cotonou and clashes even before the parliamentary whale between the population and the security forces in Kilibo.

On April 28, 2019, the nationwide parliamentary election took place without the opposition. This election was boycotted by a large part of the Beninese population. The turnout according to the national autonomous electoral commission CENA (Commission Electorale Nationale Autonome) was 22.99% and according to the Constitutional Court it was 27.12%. The unrest and the clashes between the population and the security forces in many places in Benin during and after the parliamentary elections claimed 7-9 lives and caused great material damage, according to the opposition. The protesters also attacked the office of the Rwandan airline and other Rwandan facilities in Cotonou. The reason given is that Patrice Talon was supported by the Rwandan military and government. Violent clashes between the population and the army and police took place around the residence of former President Yayi Boni, whose political party FCBE could not register. The opposition (including Nicéphore Soglo, President 1990-1991; Yayi Boni, President 2006-2016; Candide Azannaï, former Defense Minister of Patrice Talon;…) rejects still from the results of the parliamentary elections and demands an inclusive parliamentary election. Civil society, the Council of Traditional Rulers, various regional councils, the AU (African Union), CEDEAO, UN etc. are trying to find a peaceful solution. Over 50 African intellectuals wrote a letter advising Patrice Talon to an inclusive parliamentary election. One month after the new MPs took office, unrest broke out again in the center of the country, particularly in Savè and Tchaourou, with police shooting several demonstrators.

At the end of 2019, the ‘Parti Communiste du Bénin’ will be 42 years old. To give the Social Democratic Party (PSD) a new dynamic, the Young Socialists Movement was founded in Benin in July 2016. Many parties have a short lifespan, split up or lose their meaning in elections. In May 2009, for example, President Boni Yayi founded a new party or a group of parties, the UMPP (Union pour la Majorité Présidentielle Plurielle), in order to secure greater support for his policies in parliament and in the 2011 presidential elections. His party FCBE (Forces Cauris pour un Bénin Emergent), founded for the last elections, is still active and participating in the political discourse. In May 2016 the new party ‘Les Républicains’ was founded.

The local elections, which were supposed to take place in 2013, were repeatedly postponed due to difficulties with the electronic electoral roll. The elections took place on June 28, 2015. According to computerannals, the ‘Forces cauris pour un Bénin émergent’ (FCBE), the party of President Thomas Boni Yayi, remained the strongest force with 493 seats. The alliance of the opposition ‘l’Union fait la nation’ followed by a long way with 205 seats and the PRD (Parti du renouveau démocratique) of Adrien Houngbédji, the current President of the National Assembly, with 132 seats.

Boni Yayi won the 2011 election in the first round. The opposition’s alliance with Me Adrien Houngbédji at its head was beaten but challenged the result. For the first time in Benin, the electoral roll was recorded electronically. The opposition accused the government of failing to register hundreds of thousands despite the ‘last minute’ registration of voters.

Never before have there been so many inconsistencies in an election in Benin since democratization. After fights in parliament, outbreaks of violence during the election campaign and the mishaps surrounding the electronic registration of voters, a high level of tension built up in the country.

Confidence in politics has been damaged. After the political dinosaur Kérékou was voted out of office, hopes were enormously high. The Beniners are deeply disappointed. With Boni Yayi they had bet on a great reformer who wanted above all to clean up corruption. Nothing had changed in this regard and the belief that major changes would come in the new legislature is low.

President Boni Yayi had temporarily flirted with a third mandate, but the Constitutional Court ruled against it.

The first round of the presidential election took place on March 6, 2016, with 33 candidates running. Prime Minister Lionel Zinsou received 28.4% of the vote, businessman Patrice Talon 24.8% and poultry wholesaler Sebastien Ajavon 23%. Since none of the candidates received an absolute majority, which is necessary for a successful election, there was a runoff between Lionel Zinsou and Patrice Talon on March 20, 2016. For the first time, there was also a television duel between the two applicants for the highest office in the state. The cotton tycoon Patrice Talon clearly won the election and Lionel Zinsou congratulated his opponent on his election victory on election evening. The writer Florent Couoa-Zotti, the French newspaper ‘Le Monde’ and the Konrad-Adenauer-Stiftung commented on the outcome of the election. Local elections were held in Benin on May 17, 2020. The two main parties pro Patrice Talon together received more than 77% of the vote. Despite the context of the COVID-19 pandemic and calls for a boycott, voter turnout was 49.14%, according to CENI. 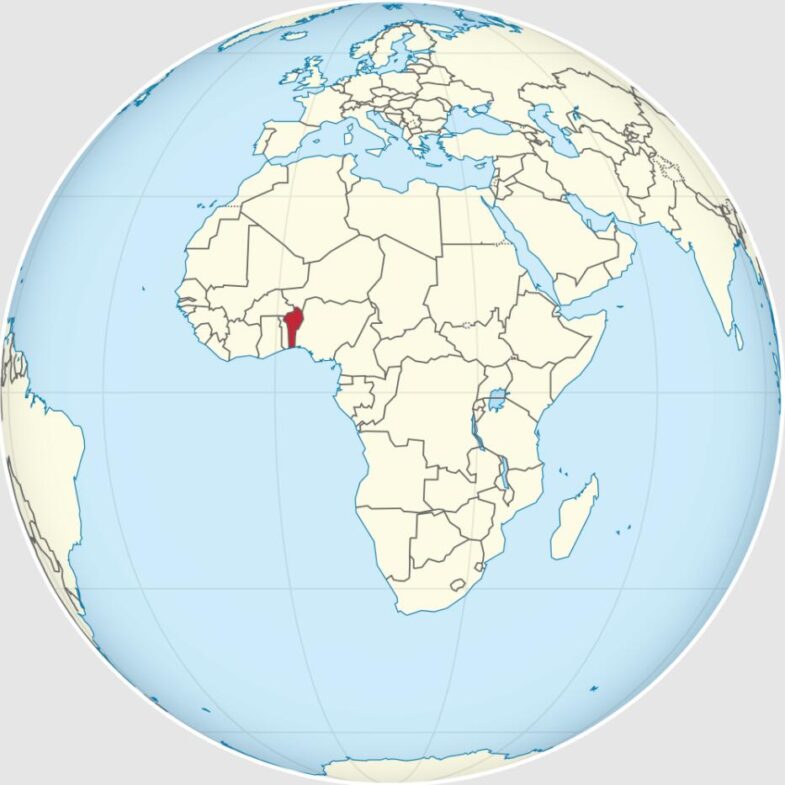