What are the 10 Largest Airports in the World?

There are airports of all sizes in the world, but have you ever wondered which is the biggest of them all? Then check out the list we brought you.

When the 14 Bis flew in 1906, no one – not even Santos Dumont – wondered how much the plane and its airports could take. Today we cross oceans and continents to land where more than 100 million people can pass! 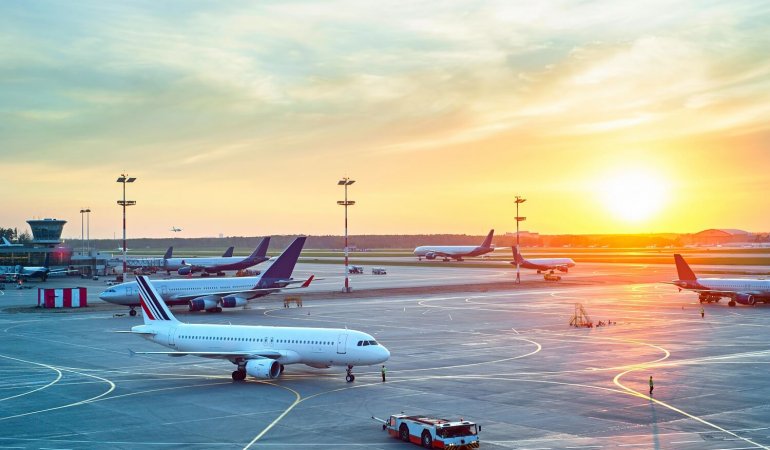 That number is amazing, isn’t it? And this refers to just one airport – the biggest one, in this case. But so you don’t get curious, let’s list the largest airports in the world by passenger traffic. Have any suspicions of what they are?

1) The largest airport in the world is in Atlanta

Did you think the biggest airport in the world was in New York, Europe or China? Found it wrong! Hartsfield-Jackson Airport is located in Atlanta and is responsible for the beginning number of this text. There are 103 million people who transit here for a year.

The most populous country has the second and ninth largest airports in the world – but we will leave the ninth for when it’s your turn. Beijing, according to this list, receives 95 million people a year. Not so far from Atlanta…

In 2008, it was expanded due to the Olympic Games that took place in the city and, as a result, became the largest on the entire Asian continent. It’s gold for Beijing – at least in Asia.

Dubai has already been a place that has attracted more tourists with each passing day. Therefore, your airport has reflected this increase in the number of passengers passing there. There are 88 million people a year in the middle of this Middle Eastern jewel.

4) A small country but a big airport: let’s go to Tokyo

The size of Japan deceives the unsuspecting. The Asian country enchants with its unique culture and has huge cities, contradicting its own size. The same is true of Tokyo International Airport, the fourth on this list.

With 85 million people traveling each year, the airport is a constant point of arrival and departure for the Japanese – and, of course, for international tourists.

5) Back to the Americas: Los Angeles, fifth on the list

Closing the top 5 on the list, we are back in the Americas. More specifically, in Los Angeles. LA International Airport receives 84 million people annually and is in fifth position among the largest airports in the world.

The United States remains in the spotlight. Sixth is Chicago, with its 79 million annual passengers at the city’s International Airport. This position is only from Chicago by a slight difference to seventh place.

Crossing the Atlantic Ocean and heading straight to the Isle of England, we arrive at London International Airport. The Queen’s Land receives 78 million passengers annually, being the largest in all of Europe – but not the only one in the top 10.

8) Hong Kong, the land of skyscrapers

Amidst huge buildings and a cosmopolitan population, there is the eighth largest airport in the world. Hong Kong, which is a self-governing Chinese territory, receives 72 million passengers at its main airport. A large number for a large and important city.

This list could not be closed anyway, right? With a golden key and the elegance that only Paris has, the tenth largest airport in the world is here in the light city, receiving 69 million passengers a year who see the beauty of the Eiffel Tower from above and also from the ground.