Tourism is part of the Danish business sector that has long been growing. Among Denmark’s most visited destinations are Copenhagen’s sights with Tivoli and Christiania at the forefront, the Legoland amusement park in Billund, the cathedral in Roskilde with a number of the Danish kings and queens’ tombs, Frederiksborg castle in Hillerød, Odense with HC Andersen’s childhood home, Kronborg castle in Helsingør, the castles Knuthenborg and Aalholm with safari park and veteran car museum, both on Lolland, and the open-air museum Den Gamle By in Aarhus. Less known is the area Rebild Bakker in North Jutland, which is frequented by many Danish-Americans. In addition, a number of theme parks for summer tourists in the countryside. 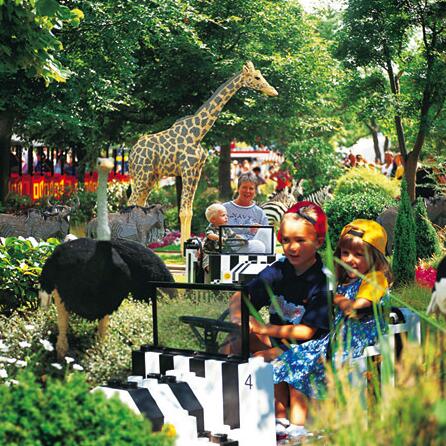 Denmark is a popular holiday country. The Legoland Park in Billund in Jutland is one of the country’s major tourist attractions. Here you will find well-known buildings from home and abroad, built of lego blocks, in addition to rollercoasters and other attractions.

Inn and summer house tourism constitutes a large proportion of the industry and is largely located to Jutland and northern Zealand, but also to the islands in the Wadden Sea and the South Funen Archipelago. Most foreign tourists come from Germany, but Norwegians are also strongly represented.

Denmark’s location means that the country also has significant transit traffic of tourists on their way to and from the rest of Scandinavia. A number of ferry connections take care of this traffic, but more importantly, the Scandinavian peninsula now has rail and highways to the continent via the Øresund S and Storebælt connections.