The vast majority of Togolese depend on cultivation for their own use or other employment in the informal sector of the economy. Unemployment is high, especially among young people. There is a shortage of trained labor in some industries, while other highly educated academics lack work.

There is a statutory minimum wage, but it is so low that many have to wipe it out with other income in order to meet their livelihood. The statutory working week covers 40 hours and it is mandatory for a day’s rest.

The constitution gives the population the right to organize trade unions. This is also true in the economic free zones (see Industry), although there are few unions and the working conditions are often difficult.

Employees have the right to collective bargaining and to strike. Some occupational groups are exempted from the strike law, such as medical personnel. 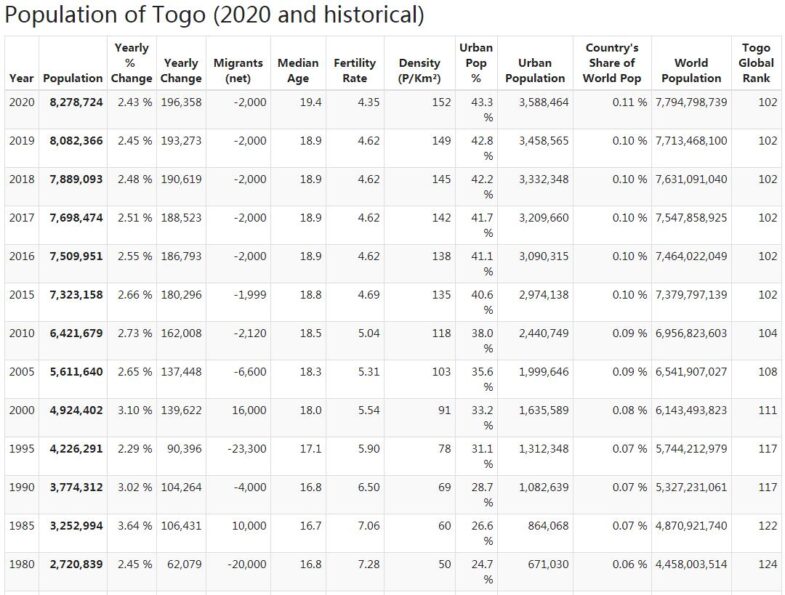 Until 1991, the central organization CNTT (Confédération nationale des travailleurs du Togo), which was affiliated with the ruling party RPT, was the only allowed trade union. In the early 1990s, other organizations were also allowed and now there are several unions in the country.

Child labor is a widespread problem. More than a quarter of all children between the ages of 5 and 14 are expected to work full-time in agriculture or trade. Forced labor also occurs.

The AU will fight piracy

The African Union (AU) enters into an agreement to protect the environment and increase safety at sea. Member States are committed to combating piracy and illicit trafficking in people, weapons and drugs. In recent years, pirates have become more active in the Gulf of Guinea off West Africa.