The History of Denmark Part VI

Political development until the late 1970s

At the end of the occupation, a very large import surplus arose. The negative trade balance would have serious effects without the Marshall Aid in 1948. A reform of the Electoral Act was passed in 1948 to give the capital stronger representation, and in 1949 the voting age was reduced to 23 years for both parliamentary and municipal elections. The battle for economic regulation or liberalization peaked in 1950, partly because the government followed the pound devaluation and wrote down the krone by 30 per cent in September 1949.

After six years of discussions, a new constitution was passed in March 1953. All parties as close as the Communists had participated in the preparations. Female succession was introduced, and Princess Margrethe became Denmark’s successor. The county council was abolished. As the only chamber of the National Assembly, the Folketing got 179 members, two of them from the Faroe Islands and two from Greenland, who now transitioned from colony to part of the kingdom. The new constitution was accepted by referendum and came into force on June 5, 1953.

In the spring of 1956, Denmark was haunted by extensive strikes. 40,000 workers in the key industries, including fuel supplies, laid off work. The action ended after five weeks. The government had to resort to drastic measures, including a forced loan scheme to combat rising inflation. In the fall of 1958, a split of the Communist Party arose, partly as a result of the Hungary crisis. The Socialist People’s Party was formed the same year under the leadership of former Communist MP Aksel Larsen.

In 1967, Krag signed a cooperation agreement with the Socialist People’s Party and thus secured his parliamentary position, but SF did not join the government. The cooperation was put to a decisive test as Denmark followed the pound devaluation and wrote down the krone by 7.9 per cent. To secure the results of this measure, the government proposed a number of unpopular measures. They were downed in the parliament by the non-socialist parties and six representatives from the Socialist People’s Party. These six broke out of SF shortly after and became the nucleus of a new party, the Left Socialists, who opposed the mother party’s cooperation with the social democrats. After the 1968 elections, Denmark was granted a bourgeois government which was put forward until 1971.

After 1973, the government gained increasingly weak parliamentary foundations. The 1973 election became a disaster for the traditional parties, especially the conservatives and social democrats, while two new protest parties, the Progress Party with Mogens Glistrup as leader and the Center Democrats formed by right-wing socialist Erhard Jakobsen, received considerable support. Another three small parties came along, resulting in a total of ten party groups in the Folketing. In the 1970s, Denmark encountered great financial difficulties, especially after the international oil crisis around the turn of the year 1973–1974. In the autumn of 1976, Denmark’s economic situation worsened. Trade deficits rose, registered unemployment rose eight percent,the rate of inflation increased and the rise in gross domestic product ( GDP ) slowed. To get through the most important remedial measures in the Parliament, Prime Minister Anker Jørgensen had to advance from settlement to settlement with alternating party groups in the center of the National Assembly and on its right wing. 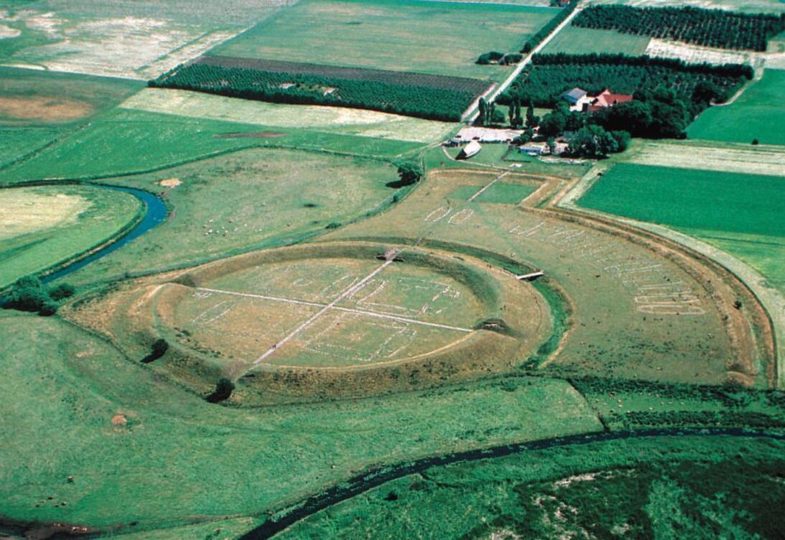 Trelleborg, a fortified facility southwest of Slagelse in Zealand, from just before the year 1000. It consists of a ring castle and a semi-circular suburb. The function of the plant has been discussed. guessed that it has served as a military camp in connection with Danish Viking marches against England.

In 1945, Denmark joined the UN. Denmark also joined the Council of Europe at its founding in May 1949 and was instrumental in forming the Nordic Council in 1952.

The relationship with NATO and market formation in Western Europe are two main issues that have dominated Danish foreign policy since 1945. During the Nordic defense negotiations in 1948-1949, the Danish government tried vigorously to equalize the Swedish-Norwegian contradictions, but when this failed, Denmark signed The Atlantic Pact. Radical Left, Communists and part of the League of Law voted against. A prerequisite for Danish membership in NATO was that foreign forces and nuclear weapons should not be stationed on Danish soil during peacetime.

The accession to NATO led to protests from the Soviet Union and Poland. Particularly tense was the situation when, in 1961, with Danish approval, NATO created a so-called unit command for the Baltic Sea area (Denmark and West Germany). The Soviet Union, which had warned Denmark in advance, renewed its warning. However, the Danish government responded that Denmark itself would assess its security policy and that West Germany’s membership did not change NATO’s defensive nature.

In the 1980s, the Danish government, led by Poul Schlüter, suffered several defeats in the Folketing in defense and security policy. In 1983, Denmark voted to extend the missile negotiations in Geneva, in violation of NATO’s dual decision of 1979. The same year, the country withdrew from the deployment of new nuclear mid-range missiles in Europe. In 1988, the government was required to inform foreign warships that Denmark did not allow nuclear weapons on its territory. All of this was poorly addressed by Denmark’s NATO partners, and the country was considered a second-ranking NATO member for a time. This view was shared by the prime minister himself, but Schlüter consistently refused to step down as a result of security policy because he believed the cases were being promoted for tactical reasons.

In the 1990s, the security conflicts became smaller. In 1995, it became known that an American bomber with nuclear weapons on board had crashed near the Thule base in Greenland in 1968, and that the accident had caused the spread of radioactivity. In the wake of the disclosure, it was known that former prime minister Hans Christian Hansen (1955-1960) had given the United States permission to store nuclear weapons in Greenland after 1958, without this being known or approved in the Folketing. The “Thule case” also became a burden on the current Danish government, which was accused of failing to disclose this information.

Denmark joined EFTA in 1958 and followed the British government asking for membership negotiations with the EEC (EC) in 1961. But when France in 1963 stood in the way of an enlargement of the EC, it was not until summer 1970 that negotiations for Denmark’s membership came. They led the Danish government, like the Norwegian, British and Irish, to sign a membership agreement in Brussels in January 1972. It was approved by the Parliament in September 1972 with 141 against 34 votes, the opponents were essentially SF and twelve social democrats. The parliamentary decision was confirmed by a referendum on October 2, 1972, with 63.5 percent against 36.5 percent of the votes cast. Denmark joined the EC on 1 January 1973.

In connection with the amendments to the Treaty of Rome in 1986, Denmark received a new EC debate. Denmark first tried to postpone the reforms, but they were finally approved in a referendum with 56.2 percent of the vote. The referendum was regarded as a yes or no to the EC whatsoever, and the result showed a much greater skepticism towards the EC than at the entry in 1973. Following the negotiations on the Maastricht Treaty in 1991, the proposal for a European Union ( EU) put to the referendum. This third referendum in 1992 gave a no-majority with 50.7 percent, a result that came very surprisingly on the political environment in Denmark and in Europe as a whole. The Danes then entered into separate negotiations with the EU on some exceptions to the agreement. Following these negotiations, in which Denmark, among other things, reserved itself against common currency, common defense and citizenship (the Edinburgh Agreement), the union was finally approved by Denmark in a new referendum in 1993. 56.8 per cent of voters voted for the union. In 2000, Denmark rejected the introduction of the euro in a referendum; 53 percent voted no. 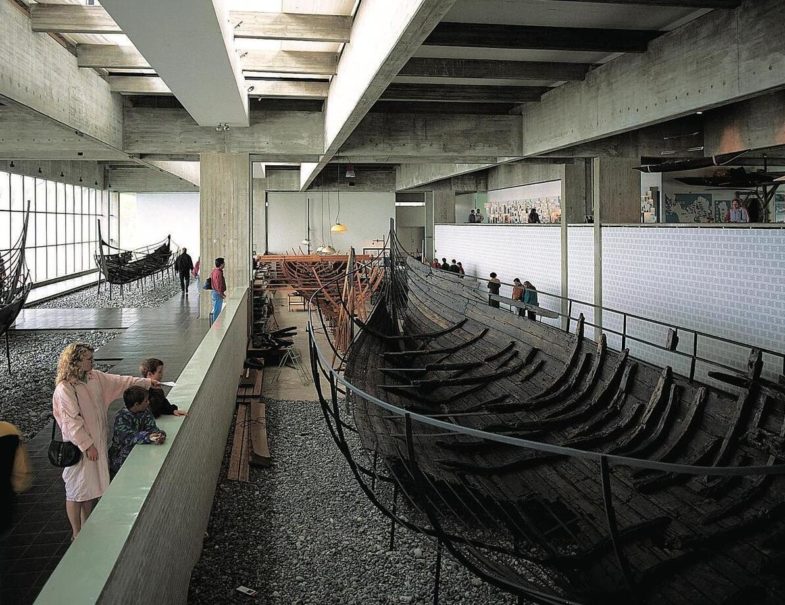 The remains of a Viking Age ship, one of the Skuldelev ships, raised from the bottom of Roskilde Fjord in 1962. Viking Ship Hall, Roskilde.