Take a Trip from Prague to Karlovy Vary

Picturesque Karlovy Vary (Karlsbad in German) is located in the northwest of the Czech Republic, about 2 hours from Prague by car. The city is on the UNESCO World Heritage List and is known for its spas. If you are going to stay more than a long weekend in Prague, why not take one of Europe’s most beautiful small towns in the same sling? 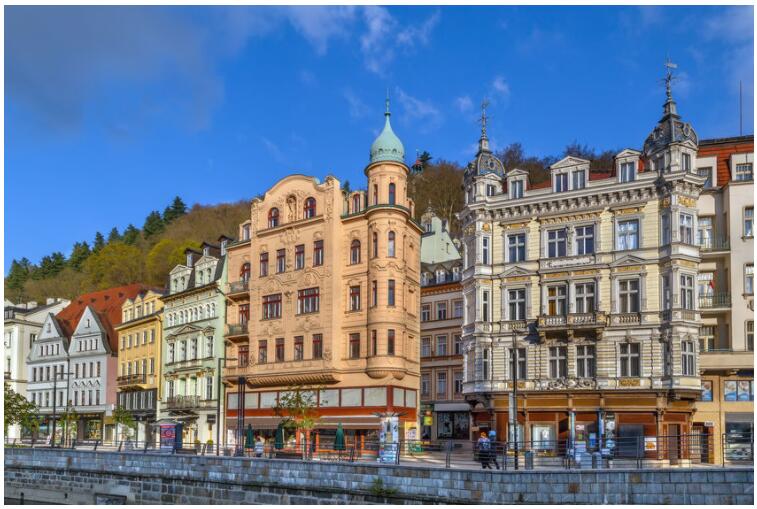 Do you remember the scene from Casino Royale where Daniel Craig plays poker with Mads Mikkelsen? James Bond has a cardiac arrest and must have help from one of Q’s clever inventions which is placed in the glove compartment of the sports car. In the scene, James is flown for all his money in a hotel in Montenegro. No, it was probably not in Montenegro.

It all actually takes place at the more than 300-year-old Grandhotel Pupp in Karlovy Vary. Apparently the hotel was also used as inspiration for The Grand Budapest Hotel, a very good comedy by Wes Anderson. The original owner was named Jan Pop, which sounds much better in Norwegian. He hardly had us Scandinavians in mind when he decided to use the German variant of the surname. Among many star wholesalers in the city, the Grandhotel Pupp is the most beautiful hotel.

Spa at most hotels

Karlovy Vary is a favorite place for people who want to relax, among other things by sweating a little in saunas and various bathtubs. If you stay at Carlsbad Plaza, for example, you can choose from as many as 16 different saunas, in addition to several pools and various healing therapies. This is typical of many of Karlovy Vary’s accommodations.

The local spring water allegedly contains magical ingredients (common minerals you find in the periodic table) that cure everything from gruff to bad back. You can safely take a sip of the water, including a number of beautiful drinking fountains located around the river, where it flows through the city.

One of Europe’s most beautiful small towns

Karlovy Vary is a city the Czechs are proud of, architecturally and historically. There are not many small towns in Europe that are as picturesque as this one. At the same time, many Czechs have built up an aversion to Karlovy Vary, as rich Russians have bought up on the real estate side. As a tourist, this is not something you notice so much about.

In the old days, Beethoven and Goethe were among the famous regulars in Karlovy Vary. The nobility of Europe regularly stopped by when they felt sorry for themselves and needed miracle cures. Today, Karlovy Vary is a playground for those interested in architecture and history, walkers, a few croissants, and in summer, movie stars. The city organizes a rather exciting film festival every year, and then it is difficult for Hvermansen to get a hotel room.

In Karlovy Vary you can enjoy the good life, look at the architecture, stroll along the river that divides the small town center, have a good meal at one of the better restaurants, and go to the spa. Besides a number of hotels in all price categories, the area boasts 8 decent golf courses, plus two nine-holes. If you have time, you can visit one of the many beautiful castles and monasteries in the region.

Two hours away from Prague

From Prague, it takes no more than just over two hours by bus to King Karl’s seaside resort. By train, an extra hour must be expected. A day trip from the capital is quite possible, but an overnight stay, or more, is highly recommended. 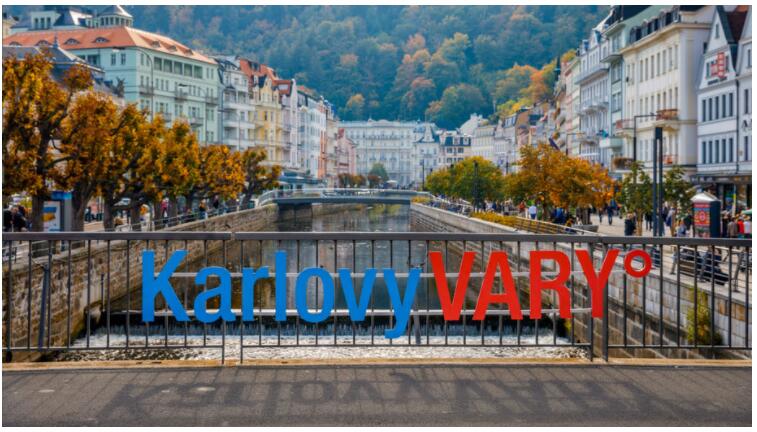