Sudan is suffering from high unemployment, especially among women and young people in the big cities. The vast majority of Sudanese rely on cultivation and / or livestock care for their own use. Important industries such as the oil industry and gold mining give the country very few job opportunities to the Sudanese.

Women are under-represented in the labor market; only one in four is an active woman.

After a regime change in the spring of 2019, when the authoritarian president Omar al-Bashir was deposed, it has become somewhat easier to work and work union. A new alternative trade union movement participated in the protests that led to the regime change. Sudanese have the legal right to form and be members of trade unions and the country has ratified almost all ILO conventions.

Nevertheless, Sudan is still regarded as one of the world’s most difficult trade unionist countries. It is a legacy of the al-Bashir regime when free trade union activity was impossible. Violations of the strike ban could in principle be punished with death. Many Sudanese who tried to work for better working conditions were imprisoned. Some union leaders fled abroad and continued their work there.

However, strikes and protests against, for example, privatizations, low wages and mass redundancies have, for the most part, always occurred. Teachers have been on strike, as have Port workers in Port Sudan and government employees. The wage situation in Sudan is one of the lowest in the world. 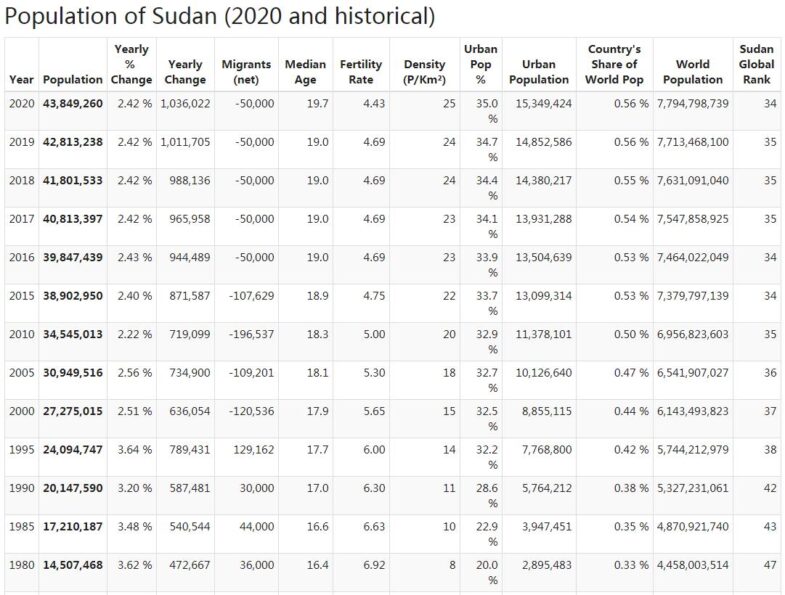 The protests are spreading

The protests against increased bread and fuel prices continue and spread from eastern Sudan to the twin cities of Khartoum and Omdurman and on to other areas. A spokesman for the government says 19 people, including two police officers, have been killed in the protests since December 19. According to the spokesman, most deaths have occurred in connection with looting. No one should have been killed in Khartoum. Over 200 people are reported to be injured. Amnesty International states the number of deaths in clashes between protesters and police to 37, while Umma Party leader Sadiq al-Mahdi states the death toll to 22. A three-day journalist strike is held in solidarity with the protesters. Eight journalists are removed from a sitting strike. In response to the unrest, President al-Bashir promises “real reforms”.

On the same day the Umma Party leader Sadiq al-Mahdi returns from exile, protests erupt at increased bread and fuel prices in Atbara in the east. A day later, emergency permits are introduced in the city when angry protesters set fire to the NCP’s office. Similar protest actions are being held in Port Sudan.

Sadiq al-Mahdi, leader of the opposition Umma Party, returns to Sudan after almost a year of exile in, for example, Egypt and Bahrain. He has been accused by President al-Bashir of trying to overthrow him. Mahdi was prime minister between 1966 and 1967 and from 1986 to 1989, when he was deposed in a military coup by al-Bashir. al-Mahdi led Sudan’s last democratically elected government and the Umma Party is often openly critical of the government.

The UN calls for progress in the Abyei conflict

The UN Security Council extends the mandate of the peacekeeping force in Abyei by six months, but at the same time warns Sudan and South Sudan that the force will then be taken home if the countries make no progress on the border conflict in the oil-rich area.

President al-Bashir dismisses his government and appoints a new one with 21 ministers instead of as before 31. This is done in light of the country’s major economic problems, with high inflation and an excessively small foreign exchange reserve. New prime minister becomes Moutaz Mousa Abdallah, minister responsible for irrigation issues in the old government. Mousa Abdallah also becomes Minister of Finance. Outgoing Prime Minister Bakri Hassan Saleh becomes Vice President. The Foreign and Oil Ministers remain on their posts.

Darfur rebel groups strengthen their presence on Libyan soil, according to a report submitted to the UN Security Council. Some have joined the warlord Khalifa Haftar’s forces in eastern Libya, but UN experts believe they intend to resume their warfare in Sudan as soon as they see the conditions for it. The Sudanese government says it only maintains security patrol in Darfur, no major military action, but the UN panel claims that weapons are flowing into Darfur, which violates the UN arms embargo.

The government extends the ceasefire

President al-Bashir extends the unilateral ceasefire in Darfur, Blue Nile and South Kurdufan year-round. The Government’s ceasefire was introduced in June 2016 and has been extended in stages since then.

A Khartoum court is converting the death penalty for a teenage girl who allegedly killed her husband when he tried to sexually assault her to five years in prison. Activists for women’s rights welcome the verdict.

President al-Bashir gives orders to close 13 Sudanese embassies and consulates as well as drastically reduce the personnel force on a number of other missions. The countries concerned are unclear. The decision follows the deep economic crisis the country is undergoing. A few weeks earlier (19/4), the Foreign Minister was fired after telling the media that the Ministry of Foreign Affairs in recent months could not afford to pay staff salaries.

The Foreign Minister is dismissed

President al-Bashir dismisses his Foreign Minister Ibrahim Ghandour since he expired, saying that Sudanese diplomats abroad have not been paid for several months and that the Foreign Ministry has not been able to pay the rent for a number of missions due to lack of money. Ghandour had a key role in the negotiations that led to the US abolishing sanctions against Sudan in October 2017. Sudan’s economy has been hit hard by the country’s division in 2011, when 75 percent of the oil sources ended up in the new state of South Sudan.

al-Bashir: All political prisoners should be released

President al-Bashir gives orders to release all political prisoners. In January 2018, the police and security services arrested hundreds of democracy activists and opposition supporters in an attempt to curb the large protests held against raised food prices, including on bread. It is unclear how many prisoners will actually be released from prison and detention. It is also unknown whether political prisoners who were deprived of liberty before the strike against the protests at the beginning of the year were also to be released.

Thousands of refugees return to Chad

More than 4,000 refugees from neighboring Chad have voluntarily returned to their homeland from the Mukjar refugee camp in the state of Central Darfur since December 2017, UNHCR announces. Most of the Chadians fled between 2006 and 2007 in fighting in their home country and have since lived in two large camps in central Darfur. There are about 4,000 Chadian refugees in the state, in the Um Shalaya camp. Since May 2017, UNCHR has been working with Sudan and Chad to repatriate all refugees. The UN agency now plans to hand over Mukjar, which was set up in 2006, to the Sudanese authorities.

Dozens of Sudanese soldiers are killed in Yemen

Dozens of Sudanese soldiers are killed by Shiite Muslim huthi rebels in an ambush in Yemen, where Sudan participates in a Saudi-led military alliance on the government’s side (see Foreign Policy and Defense). Despite the loss, Sudan promises to remain in Yemen.

Extensive protests erupt in Darfur, Blue Nile and Khartoum after the price of bread more than doubled due to lack of flour. The shortage has arisen since the government decided not to buy more flour from abroad. Protesters burn tires and block roads, and police fight them with tear gas and batons. After several days of discontent, a student is killed in violent street protests in the town of Geneina in Western Darfur. On the same day, the security police seized parts of the editions of six newspapers that published articles criticizing the government for what happened. Among the protesters are also democracy activists and opposition supporters. Many of these are seized by police and security services.

The Khartoum government extends the unilateral ceasefire in the conflict areas of Darfur, Blue Nile and South Kurdufan until the end of March 2018.