About six out of ten wage earners in Saint Kitts and Nevis are employed in the service sector, half of which are in the important tourism industry. Half of the other employees work in the industry (each with construction) and half in agriculture. 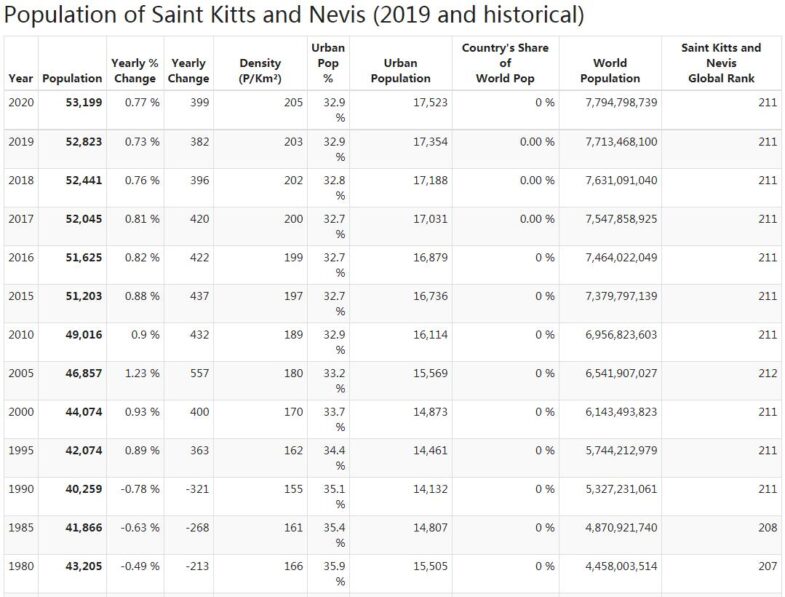 The sugar industry was a major employer for several decades. Therefore, when it was closed due to unprofitable 2005, this caused great concern among plantation and factory workers. Saint Kitts and Nevis received a special contribution from the EU to retrain former sugar workers. The majority of those released were able to find new jobs.

There is no information on the proportion of unemployed in the 2010s, but in 2010 it was estimated at just over 5 percent.

More than one in ten workers are unionized. The largest trade union, the Saint Kitts and Nevis Trades and Labor Union (SKTLU), has close ties to the Labor Party (see Political system). In addition, there are two teachers’ unions – one on Saint Kitts and one on the smaller island of Nevis.