Science and Research in Denmark

Denmark has approx. 40,000 researchers (2001). The total expenditure on research and development (R&D) amounts to just over DKK 31 billion. which is equivalent to 2.4% of gross domestic product (GDP). The government finances nearly 30% of that amount. Nearly 70% of R&D funds are spent in business.

Research in Denmark organized in different types of institutions: universities and scientific colleges, where, in addition to research, there is also teaching, public research institutes and institutes in business.

As of 2004, the six research councils (the Danish National Science, Health Sciences, Agricultural and Veterinary Sciences, Social Sciences, Humanities and Technical-Scientific Research Councils) are included in the Free Research Council. It is arranged by the Strategic Research Council. The Ministry of Science, Technology and Innovation also includes the Research Policy Council, established in 1989, which is the government’s advisory body on research policy issues. In 1991, a Business Development Council (Business Development Council) and the Danish Basic Research Fund were established.

The first significant contribution to Danish research came from the storyteller Saxo (died about 1220), who wrote Denmark’s history. The Royal Danish Science Society was founded in 1742 and has long been of great importance to the scientific life, especially through the opportunities to finance the publication of scientific writings. The company also manages significant fund assets. The largest fund is now the Carlsberg Foundation, which was established in 1876.

Danish physics research has held a particularly strong position since the early 1800s, which is particularly emphasized by the efforts of physicist and chemist Hans Christian Ørsted (1777–1851) and atomic physicist Niels Bohr (1885–1962). From ancient times, mention may be made of astronomers Tyge Brahe (1546–1601) and Ole Rømer (1644–1710), who are considered the founders of modern astronomy. Other areas where Danish scientists have made a strong impression are geology, physiology, marine research, linguistics and archeology. Historical and literary historical research should also be mentioned, along with philosophy. For example, the linguists Rasmus Rask (1787–1832) and Wilhelm Thomsen (1842–1927), the literary historian Georg Brandes (1842–1927), the philosophers Søren Kierkegaard (1813–55) and Harald Høffding (1843–1931), the geneticist Wilhelm L Johannsen (1857–1927), who introduced the term “gene”, and Greenland scientist Knud Rasmussen (1879-1933). 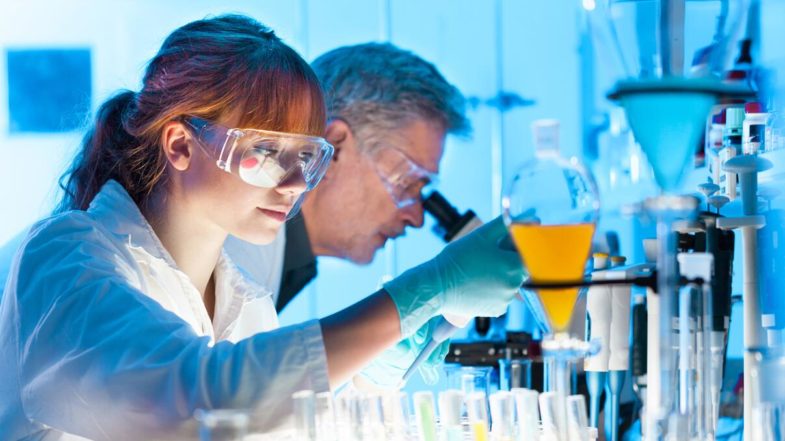 Danish research has seen great quantitative growth in the post-war period, not least thanks to increased public participation.

It also gives a certain impression of the international status of Danish research that Danish researchers in the natural sciences and medicine are awarded a total of six Nobel Prizes.