The Danish constitution of 1849 states that “The Evangelical Lutheran Church is the Danish national church and is supported as such by the state”. As of 1.1.2013 79.1% of the Danish people are members of the National Church. It is divided into 11 dioceses (diocese): Copenhagen with Bornholm, Roskilde, Helsingør, Lolland-Falster, Fyen, Aalborg, Viborg, Aarhus, Ribe, Haderslev and Greenland. The pins include 107 prostheses and more than 2,100 parishes.

Denmark was christened in the 800s under Ansgar, the Apostle of the North, who became Archbishop of “Swedes, Danes and Slavs” in 864. Then Lutheran Christian 3. took over the throne in 1536, the church’s privileges were removed. The king signed the Lutheran church system on 2 September. 1537. The confessional writings of the Danish National Church are the same as in Norway, established by Christian 5’s Danish law of 1683. The Constitution presupposed a law on the church system, but no agreement has ever been reached on it. In 1868, access to form electoral congregations and evangelical Lutheran was opened people in the national church, who in 1947 were allowed to use the church buildings of the church for their services. There are 44 electoral congregations in the national church. Church Councils were established in 1903, and they now have far-reaching rights in local church matters. A shortage of priests led to the opening of 1920 to become a priest without a theological examination for certain special groups. After many years of struggle, the first three female priests were ordained in 1948. 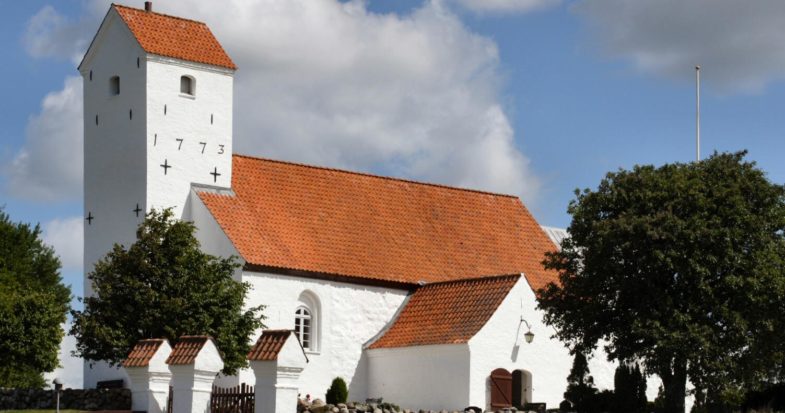 The service is less uniform in Denmark than in Norway. The name applies to the Church ritual in 1685, but it is followed by significant deviations. The hymn occupies a wide place in Danish church life. Danish hymn poetry has been exceptionally rich from the time of the Reformation. The Danish hymn book from 1953 contains 754 hymns, of which 490 by Thomas Kingo, Hans Adolph Brorson and Nikolaj Frederik Severin Grundtvig (original and translated) in meticulous reproduction. The Danish Hymn Book 2002 came out and was used in 2003. It has 793 hymns. Lyrics and recorded tunes to the hymns can be found here.

In Denmark occurred in the 1800s three ecclesiastical directions that you constantly reckon with, even though the boundaries are becoming blurred: 1) Grundtvigianism, that unites the Christian with the national and accentuates the “living word”. One finds the decisive and unifying for the church in the apostolic creed and in the sacraments. The movement is popular and ecclesiastical-sacramental, but will not be called high-church. 2) The Inner Mission is a low-church revival movement, founded in 1853 and laid in a permanent setting by the priest Vilhelm Beck in 1861 as the Church Association for the Inner Mission in Denmark. It has uniqueness and meeting Christianity as its distinctive character, but is milder in its orthodoxy and its relation to worldly culture than the corresponding Norwegian indemnity. Under the influence of the Inner Mission, a significant social movement has developed with Deaconies. 3) The center or the Third direction was organized around 1900 by priests with moderate high church. The movement attaches great importance to the folk-church tradition as well as the confessional, ecclesiastical office and liturgy. In practice, it has often been close to the commission.

Denmark’s greatest religious thinker, Søren Kierkegaard, exerted a significant and lasting influence on religious life, renewed through the Tidehvervs movement in the interwar years. The movement was strongly influenced by theologians. Through its sharp criticism of all forms of popular church Christianity, it mitigated the contradictions between them. It exerted a particular influence on basic Twigianism.

Religious communities outside the national church play a modest role. About. 86,000 Danes are members of other faiths, of which approx. 31,500 members of the Catholic Church. The Danish Baptist community has about 6,000 members and Pentecostal churches about 5,000. Jehovah’s Witnesses have about 16,000 members and the Mormon Church of Jesus Christ of Latter-day Saints about 4,000. 226,000 Muslims (2011), of which the largest group are original Turks. The Jewish congregation numbers about 8500 members. In addition, smaller denominations such as Seventh-day Adventists, the Apostolic Church, the Salvation Army (Salvation Army ), the Methodist Church,The Anglican Church, the Russian Orthodox Church as well as a number of denominations. In addition, there are a number of churches for foreign Christians in Denmark, including Finnish, Icelandic, Norwegian, Swedish and German.