Formal unemployment is low in Nicaragua but a large proportion of the working population are underemployed and many lack formal employment. Unemployment and poverty cause many people to go abroad, mainly to Costa Rica and the United States, in order to support themselves.

According to the law, all employees, except military and police, have the right to form trade unions, to negotiate collectively and to strike. However, the strikes must be approved by the Ministry of Labor, which can take up to six months. Legal strikes are therefore unusual. It has happened that unions that do not support the Sandlinist Party FSLN have been denied strike rights.

The data on the proportion of the labor force that is unionized varies between 5 and 14 percent. But whatever the number, the union has fewer members today than in the 1990s. One explanation is that many workers are now employed in the maquilas assembly plants, where those who engage in trade unionism risk losing their jobs and being blacklisted. The majority of maquila employees are young women, who are often forced to work unpaid overtime and harassed by supervisors.

The largest unions in the country are the Frente Nacional de los Trabajadores (FNT) and the Central Sandinista de Trabajadores (CST), both of which are linked to the sandini government and which organize about 100,000 workers. 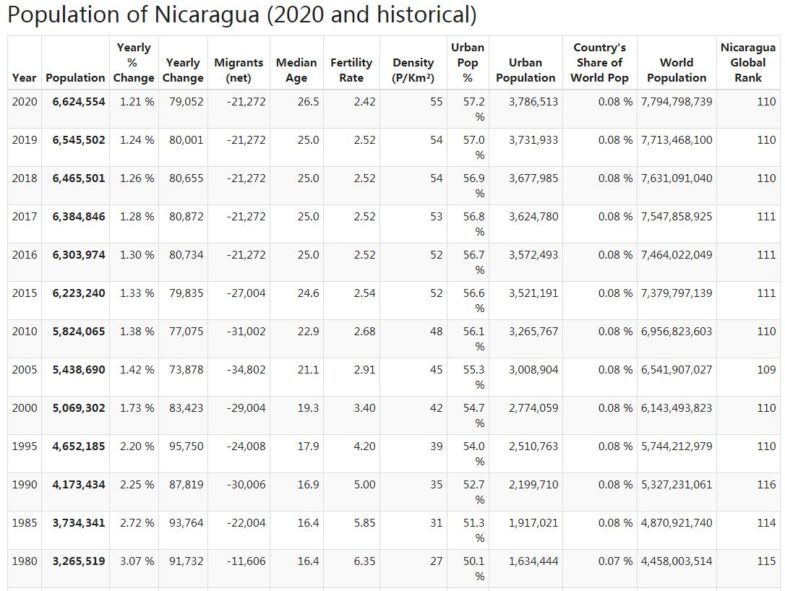 The Sandinists have, since regaining power in 2007, strengthened their control over the state institutions. According to human rights organizations and independent trade unions, thousands of public servants have been laid off, partly because they did not want to participate in demonstrations for FSLN or because they did not want to. In addition, at least 150 public sector unions have been forcibly dissolved after expressing criticism of the FSLN. Individual organizations and former government employees claim that FSLN unions recruit new members through intimidation and coercion.

In 2013, the Fedetrasep Nicaragua union reported to the ILO with accusations that the government violated several of the labor law agreements signed by the country and that the Nicaraguan state had failed to pay about $ 28 million in social security contributions for former employees. According to Fedetrasep, the government has laid off about 28,000 civil servants since 2007.

There are different levels of minimum wages, the lowest being in agriculture and the maquila sector. Minimum wages were increased by between 12 and 13 percent in 2012, but several voluntary organizations said that the wage increases did not cover the members’ rising living expenses. In addition, not all companies respect the minimum wages, especially the composition factories.

Child labor is widespread. An estimated eight percent of all children between the ages of 5 and 14 work regularly. Most of them do unpaid work in agriculture or at home. Children also work in the informal sector as shoe polishers, street vendors and more.

At least eight people are killed and eleven injured in violence in connection with local elections. One member of the right-wing PLC working as an electoral justice is shot dead in the north, and two members of the small party Citizens for Freedom are also killed in the country’s northern parts. Five members of the Yatama Party, representing indigenous peoples, are killed on the Caribbean coast. According to the electoral authority, the ruling party FSLN wins with a total of 68 percent of the vote, giving victory in 135 of 153 municipalities. PLC comes in second place with 16 percent.

Ortega swears the oath and formally takes up his third term on the rake, this time with his wife Rosario Murillo as its vice president. The ceremony is attended by a North Korean delegation and Taiwan’s President Tsai Ing-Wen, Bolivia’s President Evo Morales and El Salvador’s President Salvador Sánchez Cerén. None of the other Central American presidents are present, a clear sign of Ortega’s poor relations with regional leaders.