The state has been by far the largest employer in Nauru, but the number of public servants declined substantially in the first decade of the 2000s due to the state’s poor finances. Nowadays, every fifth working Naurus works in agriculture and around a quarter of the labor force is counted as unemployed. 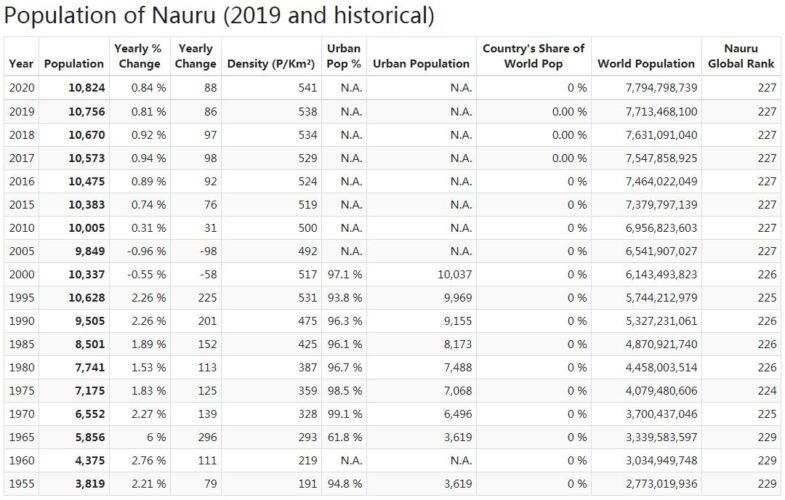 Many Naurus have previously had their only income from the state investment fund instituted with money from phosphate mining. The phosphate quarry was previously handled almost exclusively by foreign workers, mainly from Kiribati and Tuvalu. Most of them returned home in 2006.