The state is by far the largest employer in the Micronesia Federation, even though the public sector has been cut as aid from the United States has declined. At least half the population feeds on fisheries and agriculture for housing needs and is outside the formal labor market.

The wages in the state sector, which are mainly financed with assistance from the United States, are so high that they are considered to hamper the development of the small private sector. Minimum wages are set at the state level, but rules for working hours and for safety at workplaces are lacking. Trade union activities are permitted by law, but there are no trade unions.

Unemployment data is uncertain as such a large proportion of Micronesia provides for informal work. However, it is clear that many residents lack work, a common figure is around 20 percent. In 2010 it was stated at just over 16 percent. There are many guest workers from the Philippines on the islands. 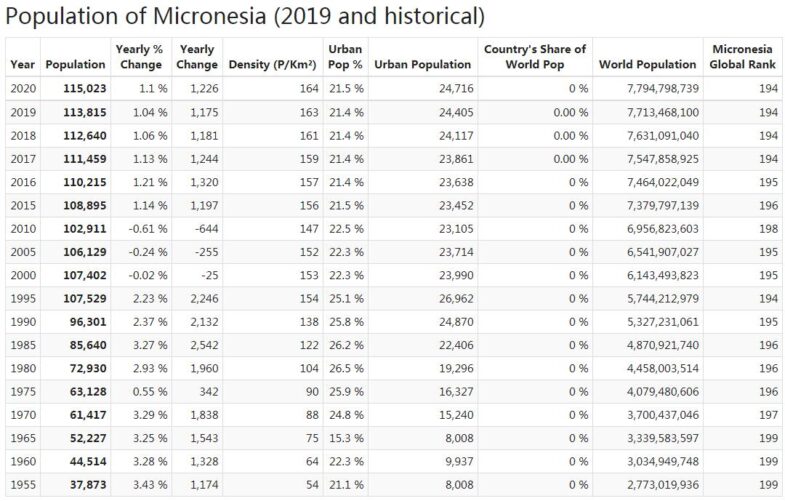