Many residents of the Marshall Islands feed on small-scale farming and fishing for their own use. The formal labor market is dominated by the public service sector.

At the beginning of the 2010s, more than a tenth of the formal agricultural labor force was found. A slightly larger proportion of salaried employees work in the industry. The rest work in the service sector, despite public sector cuts in the renegotiation of the free association agreement with the United States in the early 2000s (see Modern History).

The important production of copyrights receives state support to prevent the population from moving into the overpopulated urban areas.

Working hours are not regulated by law and there are no laws on work environment and safety. There is a law on minimum wage, but the level is so low that an employee can hardly manage on it. 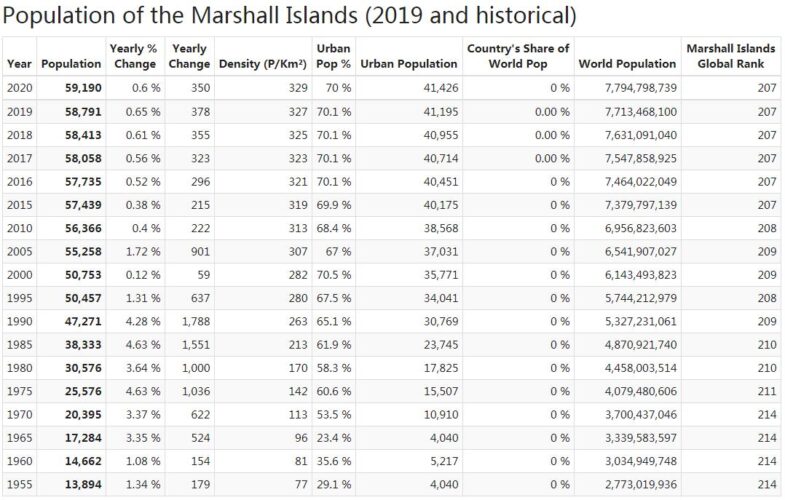