Unemployment is normally very low, the Principality suffers from a shortage of labor. More than half of the workforce are border commuters and travel every day from one of the neighboring countries.

There is a trade union in the country. According to the law, the work week is 45-48 hours long, although many have shorter working hours.

Around 40 percent of the labor force is found in industry, which is a relatively high figure. The service industry employs slightly more and holds the important financial sector.

Millions are returned to Nigeria

Following a legal process initiated in 2000, € 167 million is transferred to Nigeria, money that former dictator Sani Abacha in the 1990s embezzled from the Nigerian Treasury and placed in accounts in Liechtenstein. 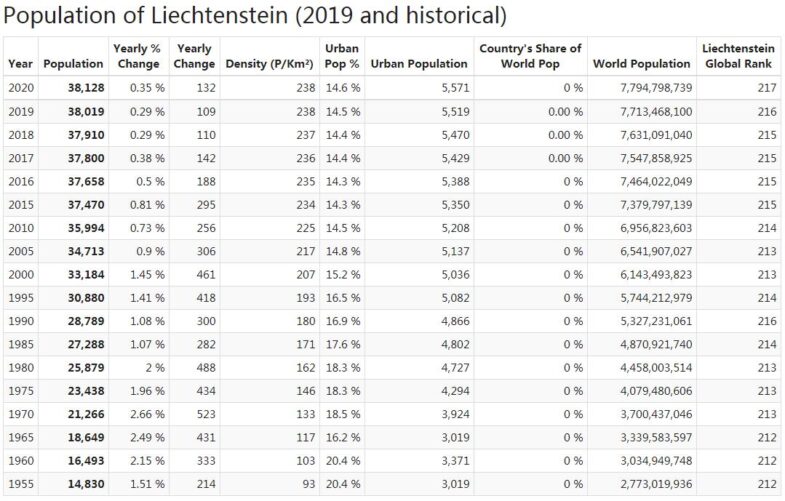 Tax agreement with the United States

Liechtenstein adheres to a law in the United States that means that banks share information with American citizens’ accounts, or pay for not disclosing such information.

The first murder since 2011 occurs in Liechtenstein. The victim is a bank manager found murdered and the suspected perpetrator a fund broker who is alleged to have been in feud with the manager and the state. He is later found dead in Germany, judging by suicide.