Following the Constitution of 1986, Liberia is a presidential and unified state republic. The president is the head of state, head of government and military commander. The president is elected in the general election for a renewable six-year term. The legislative authority has formally proposed a two-chamber assembly, consisting of a Senate with 30 members and a House of Representatives with 64 members. Both are elected in the general election, the Senate for nine years and the House for six. For a long time (1877-1980), the American-dominated system of government was controlled by the True Whig Party, a party of descendants of American slaves.

During the Civil War from 1990 to 2003, no political organs were in normal function. As part of the 2003 peace agreement, a national transitional government and a transitional parliament were established for two years. The ordinary elections in the autumn of 2005 were an attempt to make the political system work again.

Administratively, the country is formally divided into fifteen counties governed by state officials. These counties are again divided into 90 districts. The capital is governed directly by the government.

The legislation is characterized by the American model. The Supreme Court is the People’s Supreme Court with five members. Judges are appointed by the President.

The army is very easily equipped, and has a strength of 1950 active personnel. 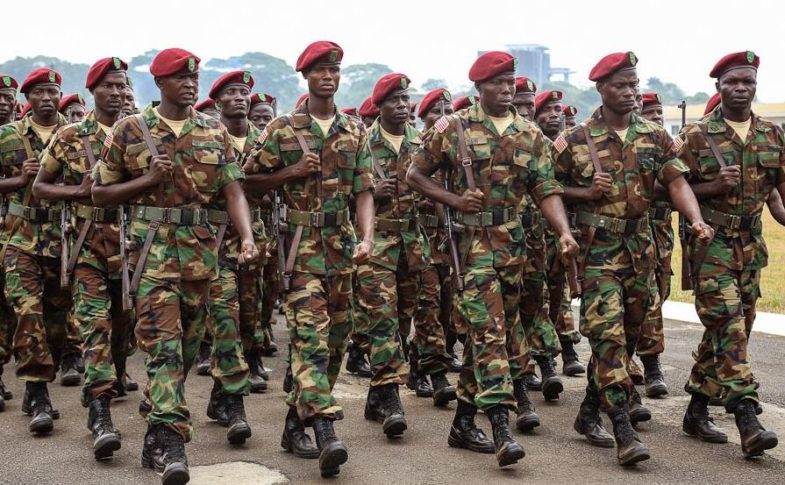 The Coast Guard has a force of 60 active personnel.

Liberia participated in 2018 in the UN operation in Mali ( MINUSMA ) with 115 personnel and an observer.