Liberia is a republic in West Africa, on the Pepper Coast in the Atlantic. Liberia borders on the north to Sierra Leone and Guinea, on the east to the Ivory Coast and on the south to the Atlantic Ocean. Liberia has a humid tropical climate, and much of the interior is covered by rainforest. The population is approximately 4.8 million inhabitants (2018). The capital is called Monrovia. The official language is English, but several different languages ​​are spoken in different parts of the country.

The name Liberia is derived from the Latin liber which means free. It was used for the area in Africa which in 1822 was left to freed American slaves.

Liberia is among the smaller African countries to a large extent. The country spans 111,369 square miles. Liberia, Guinea and Sierra Leone make up what is known as the Mano River region of West Africa. The whole country is characterized by a typical tropical climate and large areas are covered by rainforest. The rainy season lasts from April to September and is at its strongest in July and August.

Liberia consists mostly of bedrock ( gneiss and granite ), with tertiary sandstone along the coast. The coastline is around 570 kilometers long and is characterized by a number of lagoons and estuaries, covered by dense mangrove scrub. The low coastal plain extends 30–50 kilometers inland, and is mainly covered by savanna. The plain countryside is gradually being transformed into low, rainforest- covered plateaus and highlands that cover most of the country. Along the northern border of Liberia runs part of the Guinea highlands, with altitudes of over 1000 meters above sea level. The highest is Nimba (1752 meters above sea level) near the border with Guinea.

With only around 4.6 million inhabitants (2016), Liberia is also one of the least populous countries in Africa. Around 25 percent of the population lives in Monrovia, which is the urban, financial and cultural center of gravity in the country.

The population consists of different ethnic groups. The most important of these are the Bassa, Gio, Gola, Grebo, Kissi, Kpelle, Krahn, Kru, Lorma, Mano, Mandingo and Vai groups.

According to the national census in 2008, the majority of the population is Christian, around 85 percent, while about 12 percent are Muslims and 0.5 percent belong to more traditional religious systems.

Liberia was first defined as an area for freed American slaves by the American Colonization Society in 1822. This area is today known as Cape Montserrado, just off the state of Monrovia. Between 1822 and 1867, some 19,000 freed American slaves traveled there to settle. The group established itself as an elite that is often called “Americo-Liberians”, “Congos” or “settlers”. Today’s elite in Liberia often try to document the kinship of this group of people who came to the country over 100 years ago. 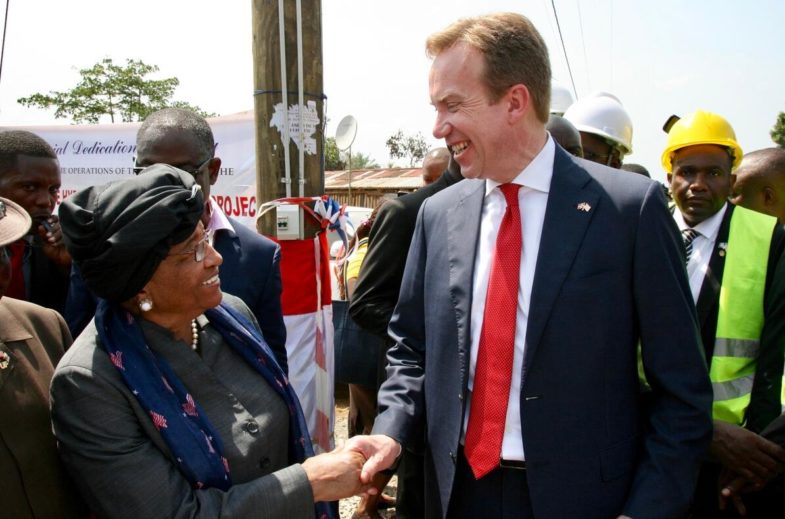 Liberia has been a republic since its founding in 1847. The country copied the American constitution and the dominant “settlers” took control, although they made up no more than three to five percent of the population. The settlers developed a segregated society in which indigenous people were denied voting rights and citizenship until 1964. In 1870, the elite formed a political party called the “True Whig Party.” All of the country’s presidents came from this party until the country’s first coup in 1980.

In the period from the 1980 coup until a peace treaty was signed in 2003, the country was characterized by internal and regional conflicts. The country had the presence of the United Nations peacekeeping force, UNMIL (United Nations Mission in Liberia) from 2003 to March 30, 2018. Together with other countries, international and regional organizations, the UN has devoted considerable resources to stabilizing and consolidating the peace treaty during this period. This has included rebuilding the state apparatus and reform of the defense and the police.

Liberia is a member of the UN and UN special organizations, the African Union, the West African Economic Community and the Cotonou Agreement.

Between the 1400s and the 1600s, the area that later became Liberia was characterized by large movements of people groups. Already at that time, sources tell of several of the ethnic groups that exist in Liberia today, including Vai, Mandingo and Kru. Migration was further intensified due to increased contact with Europeans along the coast. Migration continued in the 18th and 19th centuries and was stimulated by trade in ivory, slaves and timber. During the 19th century, several of the ethnic groups that today make up the Liberian population settled in the area.

In 1822, The American Colonization Society defined part of the geographical area that later became Liberia as a colony for freed American slaves. Members of The American Colonization Society included the president, senators and congressmen in the United States. The settlers named the area Christopolis before it was renamed Monrovia after the fifth President of the United States, James Monroe (1817-1825).

In 1847, Liberia was founded as an independent republic. In 1870, The True Whig Party was founded. The party was affiliated with The Whig Party in the United States and in practice it dominated Liberia for over 100 years.

The rubber industry grew in the 1920s. The rubber and tire company Firestone led and signed a 100-year contract with Liberia in 1926, thus creating what would become one of the largest rubber plantations in the world.

In the years 1930–1970, a national bureaucracy and state apparatus was further developed. Major parts of the country were gradually included in the responsibility of the state apparatus. In the 1940s, President William Tubman (1944–1971) initiated a series of reforms that included uniting the descendants of the settlers with the indigenous people, as well as reforming and including rural Liberia in national processes and in the national economy. During these years, the country experienced economic growth and progress in many areas.

The reform process lasted until the 1970s when the country went into economic downturns and political turbulence. Discontent in the country increased as the economic downturn culminated with a major demonstration on April 14, 1979, which in Liberia is called “the Rice Riot”. The Tolbert government deployed tanks, soldiers and police against over 2,000 civilian protesters and eventually began firing into the crowd. This further increased opposition to the government and opened up to Samuel Doe. On April 12, 1980, the government was thrown into a bloody coup led by Samuel Doe. President Tolbert and his entire administration, with the exception of four ministers (including Ellen Johnson Sirleaf) were killed. The coup is often interpreted as a rebellion against the elite or “libero americans” who, until 1980, had ruled the country for more than 100 years.

Samuel Doe led an oppressive regime that created new tensions between different groups of the indigenous people and between the indigenous people and the “american liberians”. The National Patriotic Front of Liberia (NPFL) led by Charles Taylor eventually exploited this situation. Samuel Doe was killed in 1989 in a new coup led by Prince Johnson, who led Charles Taylor and the NPFL. The coup opened for Charles Taylor to take power. He led the country into a very bloody civil war which also spread to neighboring countries. In the first half of the 1990s, the conflict developed into one of Africa’s most brutal, and hundreds of thousands fled to neighboring countries. Ethnic affiliation overshadowed political affiliation in the fighting, and the vast majority of victims were civilians. 270,000 people were killed, a third of the population had fled. The country’s infrastructure and economy lay in shreds before the war was halted in 2003. Charles Taylor fled to Nigeria on August 11 of that year.

In 2003, peace talks were launched in Accra and a peace agreement was signed on August 18 between the Liberian government and the Liberation United Democracy Movement (LURD) and the Movement for Democracy in Liberia (MODEL). In addition, a number of political parties also signed. A transitional government led by Gyude Bryant was established on October 14, 2003. The Economic Community of West African States (ECOWAS) had led peace talks and attended forces. These forces were named ECOWAS Mission in Liberia (ECOMIL) and remained in the country until the UN took over on October 1, 2003. Deployment of UN Peacekeeping Forces ( UNMIL ) was adopted by the Security Councilthrough Resolution 1509 on September 19, 2003. On June 30, 2016, the government assumed responsibility for the security of the country from UNMIL. UNMIL completed its mission on March 30, 2018. UNMIL is highlighted by many as a UN success. The mandate of the UN forces was to support the peace treaty and to help consolidate peace. The first post-war political election was held in 2005. Ellen Johnson Sirleaf, the leader of the Unity Party, won the election and became Africa’s first democratically elected female head of state. In 2011, she won the election again and sat in her second and final term as the country’s president in 2017, when she surrendered power to the leader of the opposition party CDC George Weah in January 2018. This was the first peaceful takeover of an opposition party of over 70 years in Liberia.

When Sirleaf was elected for her second term as president, the challenges stood in line. Unemployment among the young population became increasingly acute and the country was also put to a hard test when the Ebola epidemic hit in 2014–2015. The outbreak started in neighboring Guinea in December 2013. On March 30, 2014, the first cases were registered in Liberia. According to WHO, 10,675 people in Liberia were infected, of whom 4809 died in the epidemic (figures from 7 April 2016).

Liberia is one of the poorest countries in the world and is still in a rebuilding phase after the end of 14 years of war and unrest. The most important economic driver is the mining industry. Most Liberians are farmers, and the population mainly lives on agriculture for self-sufficiency.

The country experienced cautious economic progress between 2010 and 2013, thanks in large part to rising commodity prices globally. But economic growth turned around in 2014. The Ebola crisis and a global decline in commodity prices led to a negative GDP growth of 0.7 percent in 2014 and 0.3 percent in 2015. The downturn has hit the mining industry particularly hard. The public sector is weak and there is high unemployment, especially among the young population. The country still depends on external assistance and financial support.