Hotels and Restaurants in Stockholm

Stockholm is only a short journey away from most Norwegians, and is therefore a good choice for those who want a cheap but exciting holiday . The Swedish krona is also somewhat weaker than the Norwegian krone, and one will generally experience the price level for dining, accommodation and activities as somewhat cheaper than in Norway, without there being any major differences. Stockholm is also considered a relatively safe city, although there are a number of cases of pickpocketing in the most vulnerable tourist areas.

Beyond this, it will hardly be a problem to enjoy your stay in the Swedish capital, which we recommend that you visit in the summer (June – August). Then the chance is high that the temperatures will creep up to 30 degrees, and you can really enjoy your holiday. Stockholm is a clean city, and you can drink water from the tap.

Hotels and restaurants in Stockholm

Stockholm’s many hotels are ready to accommodate tourists from all over the world every single tourist season. In the city there is everything from modern designer hotels to more traditional accommodation, where the price level follows the quality. We recommend that you look like a hotel well in advance, as there are a lot of activities in the city center during the tourist season, and therefore it can be fully booked early.

Swedish cuisine does not differ much from Norwegian cuisine, and you can find restaurants similar to what you are used to from your home country. In other words, there are everything from exclusive restaurants to typical Italian pizza restaurants, or pure steakhouses. The price level is variable, but corresponding to Norwegian restaurant prices, and perhaps somewhat lower.

Stockholm is a very popular city among tourists, and the hotel offer is naturally therefore very good. The city houses hundreds of different hotels, ranging from very luxurious and expensive 5 star hotels, to cheap accommodation options. Stockholm consists of a number of different areas, each with its own distinctive features. The most popular areas to live in when visiting Stockholm are Gamla Stan, Norrmalm, Södermalm and Östermalm. To help you a little in the myriad of accommodation options in the Swedish capital, we have selected three good hotels in Stockholm here. 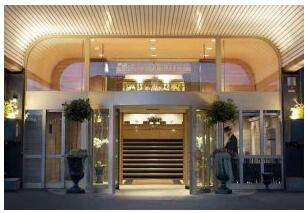 Venerable Grand Hotel Stockholm is the hotel for you who want to stay luxuriously in Stockholm. The hotel has five stars and is a very fashionable hotel that also gets very good feedback from guests.

The hotel is centrally located in Norrmalm and has a number of facilities, including its own spa, gym, indoor pool, and four restaurants.

Grand Hotel Stockholm is by no means an affordable accommodation option in the Swedish capital, but if you want the best of what Stockholm has to offer in terms of hotels, then it is an obvious choice.

With four stars, this is a much cheaper alternative than Grand Hotel Stockholm. Despite this, the standard is still very high, which is reflected in all the good feedback the hotel receives.

The hotel has a beautiful location on Norrmalm, quiet, but at the same time very central. Norrmalm is known for its rich cultural offer in the form of its museums and theaters, as well as a large selection of cafes and restaurants.

Hotel Kungsträdgården has classic nice rooms, and good service is feedback that goes back from guests. The hotel also has its own restaurant and bar. 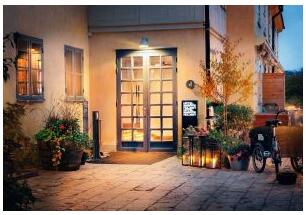 Hotel Skeppsholmen is a very nice four star hotel in the heart of Stockholm. As the name suggests, the hotel is located on the island of Skeppsholmen, which is known for its peaceful atmosphere. There are boats from the island to Gamla Stan, but the island is also connected to the rest of Stockholm by means of several bridges.

Hotel Skeppsholmen has 78 guest rooms with modern and elegant design. The hotel also has its own bar and restaurant, as well as a nice terrace, outdoor tennis court and self parking. A delicious breakfast buffet is also included in the price.

Perfect hotel for those who want to live quietly, but at the same time in the middle of Stockholm. The island is also a sight in itself and it has a beautiful view to the other parts of Stockholm and the sea.