History of the European Union

On January 1, 1958, the Treaty of Rome came into force. With him, the foundation stone for today’s EU was laid. In previous years, the European merger with the “European Coal and Steel Community” was primarily of an economic nature. Robert Schuman had already presented a plan for this in May 1951. As a result, we are celebrating Europe Day on May 9th as the birth of Europe, which heralded a phase of peace that continues to this day. In the years that followed, the merger gradually developed into an organization that offers its citizens a high level of social security and prosperity. As the standard of living rose, so did the EU’s efforts for more social rights. Promoting democracy,

Despite phases of stagnation and crises, many points in the EU that were formulated as goals and visions during the founding period in the 1950s have been realized. The enlargements and the expansion of competences and the integration density reshaped the history of the EU again and again. In several stages, the membership grew from six to 28 states. With the UK leaving, there are currently 27 member states left.

How the EU works today can only be understood if we know how it came into being and how it evolved – how it became. Only when one deals in detail with the motives for the European integration process, the central, by no means linear development steps of the EU (laid down in the European treaties), can the dynamic of the history of the European Union be understood.

The desired final state of the European alliance of states has always been and is still being discussed controversially and is anything but fixed. Just as the extensive expansion of the EU to include the Central and Eastern European states to a total of 28 countries could not have been foreseen in the 1980s, at the beginning of the 21st century it could be predicted that the progressive integration would one day be interrupted by the exit of individual states.

An overview of the history of the EU

The stages in brief

Authors: Prof. Dr. Helmar Schöne is professor of political science and its didactics at the Schwäbisch Gmünd University of Education.
Thomas Stegmaier, retired AOR , has worked for many years as a secondary school teacher for social studies and most recently worked as an academic senior counselor in the political science department of the Schwäbisch Gmünd University of Education.

The following text comes from the booklet ” Europe in Education ” from the series “Politics & Education” and has been prepared for the Internet by the online editorial team.

Deepening is understood to mean the gradual expansion of economic and political cooperation between the EU member states. The present-day European Union is an association of states, i.e. a close alliance of states that remain sovereign but give up sovereign rights on a contractual basis. It is on this basis that the EU, which is also known as a supranational (supranational) organization, exercises public authority. A free trade area has become a political community whose competence also extends to non-economic areas.

Motives of European integration in the post-war period

Important original motives for European integration – to establish peace between the member states after two devastating world wars and to advance the economic development of war-torn Europe – have thus been fulfilled. The single market introduced in 1993 includes the so-called four freedoms according to the Single European Act of 1986, that is, not only goods, but also people, capital and services can freely and without restrictions cross former borders. From 1999 these freedoms were supplemented by a common currency, the euro, in which, however, not all member states participate.

Designation of the community as the European Union

The name of the community as the European Union took place with the entry into force of the Maastricht Treaty in 1993. The name change indicates that the goals and tasks of the EU have been supplemented and that the economic community has become an association of states with extensive powers, in which European laws (the directives and regulations) apply in all states – without being voted on in the parliaments of the member states. Since the Maastricht Treaty, in addition to its economic competences, the EU has powers in the area of ​​the “Common Foreign and Security Policy” (CFSP) as well as internal and judicial policy. However, in these two areas the political decisions are mainly made intergovernmental and not supranational.

Intergovernmental decisions arise through negotiations between the governments of the EU states and are only binding if they are recognized by all member states.

Reform of the European Union

The currently valid European treaty was adopted in 2007 in the Portuguese capital, Lisbon. The Lisbon Treaty gave the EU additional powers, for example in climate policy, and strengthened the common foreign and security policy, e. B. by introducing the post of “EU Foreign Minister”.

Above all, however, some institutional reforms have been carried out which should make decision-making in the EU both more democratic and more efficient. These included strengthening the European Parliament, which is now a legislator with equal rights alongside the Council of Ministers, introducing the European Citizens’ Initiative, which enables citizens to stimulate legislative initiatives, moving away from the unanimity principle in favor of majority decisions in the Council of Ministers and creating the position of the President of the European Council. 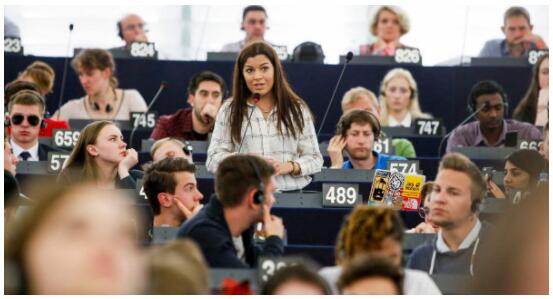 Perspectives: “Conference on the Future of Europe”

In view of the growing criticism of the EU in recent years, it seems time to develop new ideas and visions for a Europe of the future . And not in the back room of the institutions, but at digital meetings, in citizen and youth agoras, together with the citizens. For a long time, they have been demanding more opportunities for participation.

With the “Conference on the Future of Europe”, the EU would like to take this path of change. The future conference will start on this year’s Europe Day on May 9, 2021, and it will run for a year. A digital platform went online in advance on April 19. Through these, EU citizens can contribute their ideas. What changes are necessary to better prepare Europe for the future? How can the European Union become more democratic? 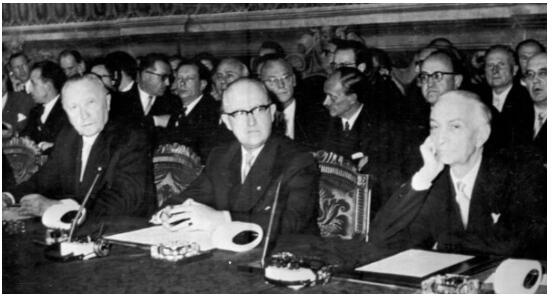