From 1847, Liberia established closer contact with European states. Germany, the Netherlands and the United Kingdom became Liberia’s most important trading partners. Liberia was economically and militarily weak and was threatened by European colonialism. Warfare and widespread corruption weakened Liberia, which received high foreign debt. The need for increased state revenues lay behind an agreement with the American company Firestone in 1926, and the world’s largest rubber plantation was established in Liberia. This also reduced the European influence in the country.

Firestone signed a lease for large land for 99 years, and rubber became Liberia’s most important export commodity. Part of the agreement was that Liberia would provide labor based on a contract system, not unlike forced labor in the Congo. Through local chieftains, the state undertook to recruit 50,000 workers annually. Other companies had also recruited indigenous labor from Liberia, including the construction of the Panama Canal. This is how people became an export item, much like in the slave trade era. The relationship attracted international attention in the 1920s and was brought before the League of Nations. The same was abused by the army in the war against the crude people around 1930.

The US government pressured Liberia to sign the agreement with Firestone to grant a US loan. This meant that the United States was far from having financial control over Liberia. In 1943, US dollars became the official currency, even though Liberian dollars were issued. Relationships and dependence on the United States were further strengthened during and after World War II. In 1942, President Franklin D. Roosevelt visited Liberia and reached an agreement to build military facilities, which became central to the US presence in Africa even during the Cold War. The United States built airports and expanded the port of Monrovia, leading to economic development in the country.

In 1943, William Tubman was elected new president. He built on an open economic policy to attract foreign capital, and an integration of Liberia’s original population into the republic. His policies were continued by his successor, William R. Tolbert, who at the same time pursued a more active policy towards neighboring countries, including establishing the Mano River Union with Sierra Leone (and later Guinea ) in 1973, and joining Liberia to the regional the ECOWAS partner organization the same year.

In the exterior, Liberia was a stable state under the one-party regime of the True Whig Party (TWP), which had extensive control over community life. However, fundamental contradictions came to the surface in the 1970s, when an extra-parliamentary opposition emerged. Several groups participated in demonstrations against the government in 1979, demanding that the subsidies on rice be maintained. The rise of the opposition undermined TWP’s position, which also lost control of the army. 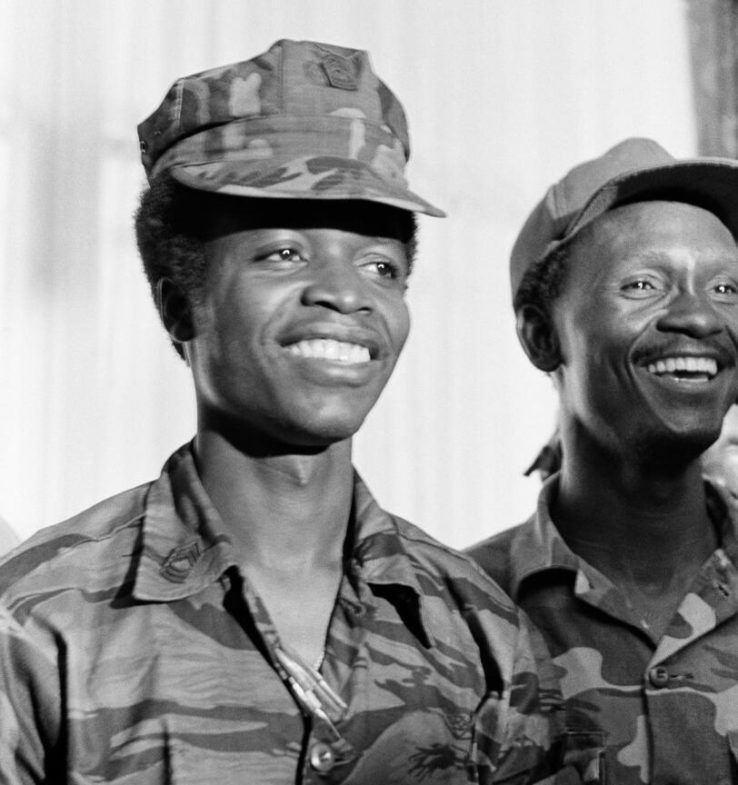 The Americo-Liberian hegemony ended with a military coup on April 12, 1980, led by Sergeant Samuel Kanyon Doe. Thus ended more than a hundred years of political stability in Liberia – without making the country more democratic. The coup marked the end of a hated regime of a small minority and a corrupt elite, but at the same time marked the beginning of the dissolution of Liberia as a state and several years of civil war.

The coup makers hardly had any political mission beyond removing the sitting regime. The military junta consisted of members of other peoples and created immediate fear by taking the life of President Tolbert and then publicly executing 13 leading Americo-Liberian members of his regime. Samuel Doe took the lead in the newly formed People’s Redemption Council (PRD), which took over the governance of the country – with himself as head of state. Several of Do’s employees were later executed, suspected of opposing him. All members of the PRD belonged to Liberia’s original peoples; Doe himself was krahn. Gradually, American-Liberians also came into central positions, including Charles Taylor, who in 1989 started the civil war that led to Doe’s fall.

The United States recognized Doe’s regime and doubled its financial assistance, which helped keep Doe in power. The United States also accepted the election result in 1985, with Doe elected president, although it was widely believed the result was fabricated.

Several of Do’s employees eventually turned to him, including Thomas Quiwonkpa, commander in chief of the army. In 1983, he led a failed military action against Doe from Ivory Coast, after which both he and Taylor fled to the United States. Quiwonkpa again tried to overthrow Doe in 1985. Several of Doe’s opponents organized themselves into exile. One of Quiwonkpa’s employees, Prince Yormie Johnson, participated in the coup in Burkina Faso in 1987 and then joined Taylor in the National Patriotic Front of Liberia (NPLF), which received military training and weapons in Burkina Faso and Libya. 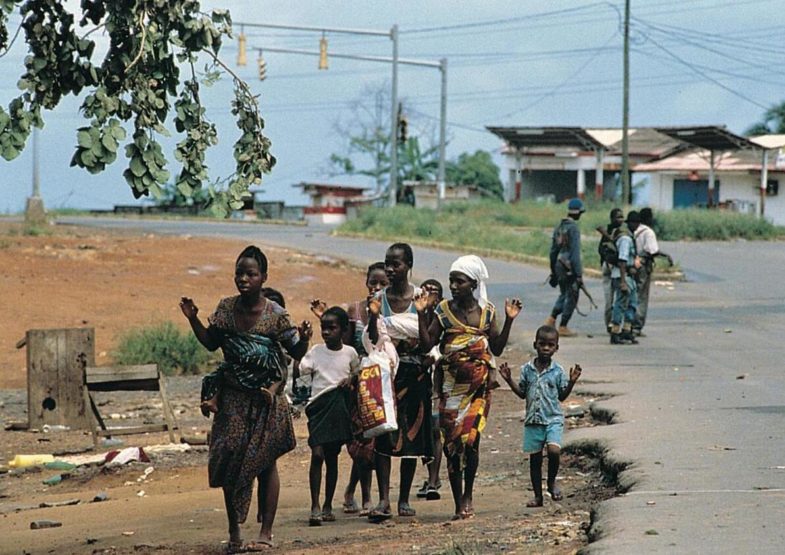 Political unrest and civil war characterized Liberia throughout the 1990s, with many civilian deaths. The picture shows a group of women and children fleeing the capital Monrovia. The image is taken from the paper lexicon Store Norwegian Lexicon, published 2005-2007.