There are no official statistics on unemployment in Guyana, but around half of all working-age residents are estimated to be underemployed. The state is the largest employer. The private companies are too small and small to be able to offer enough jobs.

About a third of them provide food in the informal sector. About 15 percent of those who have a formal employment work in agriculture.

About one fifth of the employees are union members. Trade union activities are complicated by a number of circumstances, according to a report from the International trade union Ituc (to which Swedish LO, TCO and Saco are affiliated). The law gives unions the right to collective bargaining, but the agreements are often broken in the public sector and the government often issues directives on wage setting that put the negotiating machinery out of play. The laws that prohibit anti-union activity are rarely applied and private employers can dismiss strikes without problems. 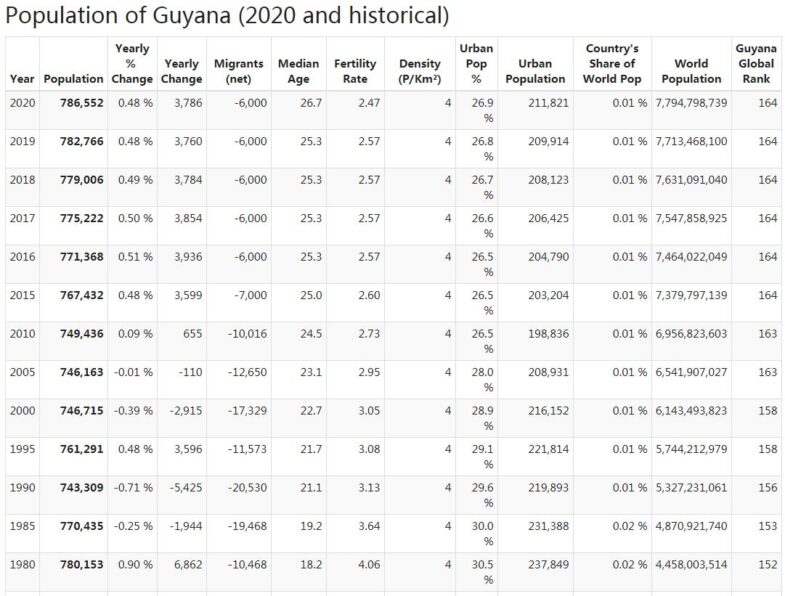 Child labor is a widespread problem and is expected to affect every fifth Guyanese child. Many are forced to perform dangerous work and the laws that could save them are not effectively applied, due to incompetence and disinterest among both police and prosecutors. Formally, children under the age of 15 are not allowed to work in other than family movements or vocational schools, and then under the supervision of authorities.