The right to strike is statutory, as is the right to bargain collectively and to become a member of a trade union. Many became unemployed after the 2004 hurricane.

More than half of the labor force is unionized. The country’s larger unions belong to the central organization, the Grenada Trade Union Council, which receives government grants. Grenada has long had high unemployment. The reconstruction after the hurricanes 2004-2005 created temporary jobs in the construction sector.

At the beginning of the 2010s, more than a third of the grenadiers were without jobs, while there was a shortage of trained workers in certain areas. Unemployment is highest among young people and was estimated at around 40 percent at the end of the 2010s. Unemployment is one of the government’s main priorities to overcome. Among other things, there are plans to better adapt education in the country to better meet the knowledge needs that exist in the labor market.

About one-sixth of the population works with sales and trade, about one-tenth are employed in the education sector and about an equal share are farmers. 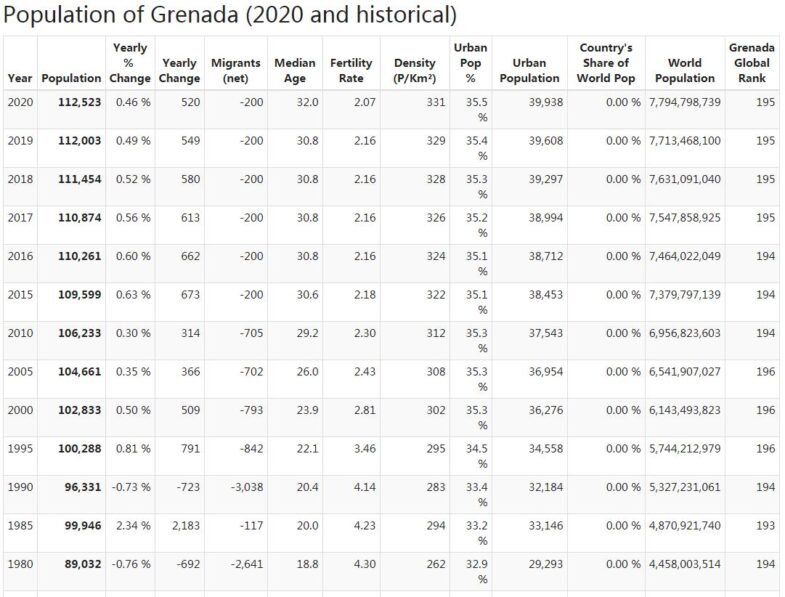