Dominica is a mountainous island of volcanic origin, dominated by a central, wooded mountain range that runs from north to south. The highest peak is Morne Diablotin, 1447 meters above sea level. The island is known for its rich nature with rainforests, waterfalls, rivers, lakes, bird sanctuaries as well as hot springs and other volcanic natural phenomena. The soil is very fertile, but due to. the terrain is only 1/4 of the island cultivated. More than 40% of the area is wooded. 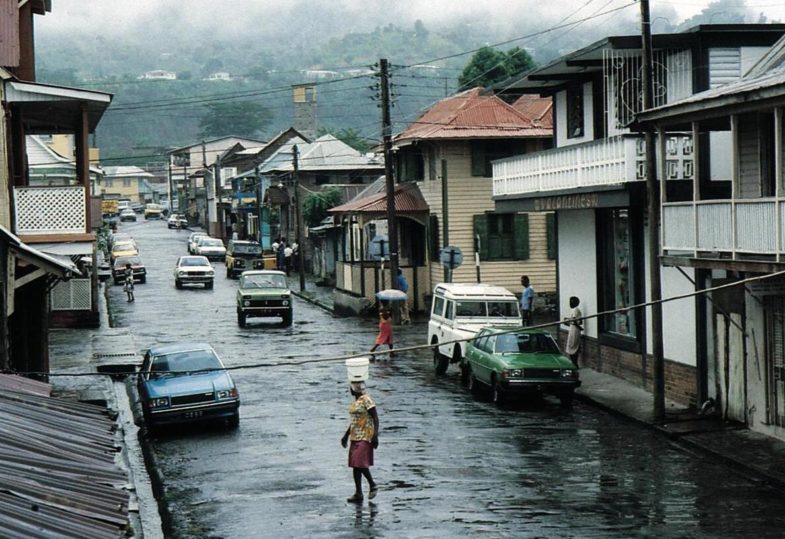 The rainfall in Dominica is large. Lot from the capital Roseau.

The climate is tropical. The average temperature in the capital Roseau is 25 ° C in February and 28 ° C in August-October. The island receives very large rainfall; the annual rainfall along the coast is on average 2000 mm and in the mountains above 6000 mm. Between June and November, Dominica can be hit by hurricanes, from time to time by devastating force. 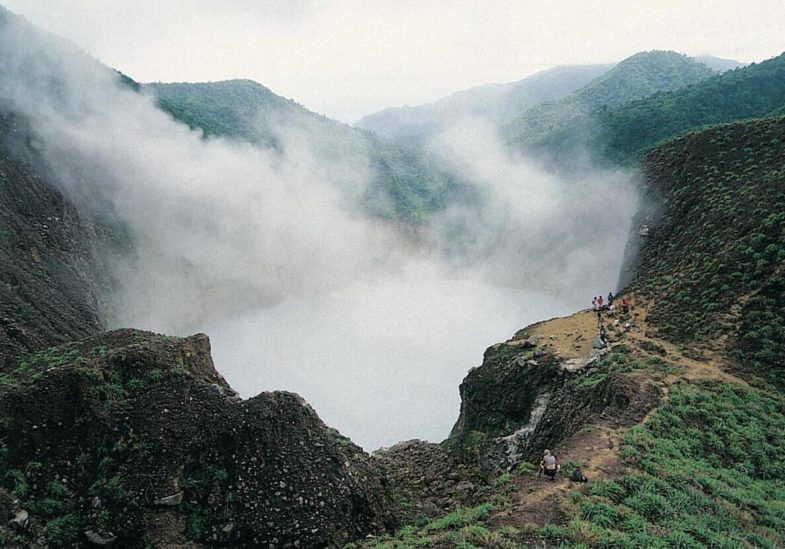 The hilly island is of volcanic origin and is characterized by a wooded mountain range north-south with Monte Diablotin, 1447 meters above sea level, as the highest point. Rainforest covers more than 40 percent of the area. There are 365 watercourses, several with waterfalls, small lakes and hot springs: Boiling Lake is the world’s second largest hot spring. The soil is fertile, but only about a quarter is cultivated. The coasts are steep. In the northeast there are sandy beaches.

The climate is tropical. In Roseau, the average temperature is 25 o C in February and 28 o C in August-October. There is often a great deal of rainfall; in the mountains, the annual rainfall is more than 6,000 milliliters. In June-November, devastating hurricanes can occur.

The vegetation is mainly tropical rainforest. There are numerous plant and animal species; several are endemic (native). More than 100 species of birds have been detected. The parrot species emperor amazon is a national bird, is found in small numbers and is shown on the national flag. There are about 55 species of butterflies. In the surrounding sea are sperm whales and several other whales.