The monarch (queen) is the head of state of the country. She has a formal position quite similar to that of the Norwegian king, but stronger than the Swedish one. The throne is inherited by the monarch’s children, but so that the son goes before the daughter.

The real executive power lies with the government, which in turn is based on and is accountable to the legislative assembly, the Parliament.

The government works in Denmark, as in Norway, largely through the individual ministers. Much of the real decision-making authority is delegated to the ministries (ministries). In Sweden and Finland, decisions are made to a much greater extent by the government as a college. This also contributes to the government and the prime minister not getting as strong a position in Denmark (and Norway) as in Sweden. The Danish ministries (like the Norwegian ones) are relatively large and have considerable administrative tasks.

The Parliament has 179 members, including two representatives from the Faroe Islands and two from Greenland. They are elected for four years in general elections, but the Parliament can be dissolved before the period has expired. The voting age is 18 years. 135 of the members are elected in ratio elections from 17 electoral districts. In addition, there are 40 additional mandates, which are distributed so that the overall distribution of mandates among the parties is as mathematically correct as possible. There are two percent barriers to representation. The constitutional amendment must first be passed by two successive parliamentarians and then approved in a referendum.

After 1901, the Danish governor has accepted that he or she cannot appoint a government that is met with mistrust by the majority in the Parliament; but it was not until the 1953 Constitution that it was decided that the parliament can express distrust of a government, which must then step down or print new elections.

Following the June Constitution in 1849, three main groups in the Riksdag crystallized: Left, Right and Center. During the 1870s and 1980s, peoples’ parties with electoral organizations were formed and just after the turn of the century the Danish four-party system was developed: Right (from 1915 the Conservative People’s Party), Left (with roots in the United Left from 1870), the Radical Left (founded in 1905) and the Social Democracy (founded in 1871). The four-party system remained largely intact until 1960.

The industrialization and expansion of the public sector made the party picture more complex. From 1960 the Socialist People’s Party gathered voters to the left of the Social Democracy, and at the so-called 1973 earthquake, three new parties entered the Parliament; the center parties Christian People’s Party (from the 2003 Christian Democrats) and the Center Democrats as well as the Progress Party, which was basically a protest party.

Alongside the voters, the interest organizations exert considerable influence. The trade unions and the LO have close organizational ties to the Social Democracy, while the large business organizations cooperate to some extent with the two major bourgeois parties, the Conservative People’s Party and the Left; agricultural organizations especially with the Left.

From around 1960, grassroots movements have gathered supporters around some political issues. For example, the People’s Movement against the EC, the Women’s Movement, the Danish Society for Nature Conservation, the Peace Movement and the environmental group NOAH successfully influenced the policy, and the Organization for Information on Nuclear Power (OOA) contributed in the 1970s to the fact that no nuclear power plants were built in Denmark.

Denmark’s party system is similar to the other Nordic countries. On the left, the Social Democracy has dominated, but not to the same extent as in Sweden and Norway. To the left of the Social Democrats are several smaller parties, of which the Socialist People’s Party is the most important. In the center, the Left and the somewhat less radical Left have been the leading parties. On the right, the Conservative People’s Party (1876) has traditionally been the leading figure.

In 1972, there was also a more activist right-wing party, the Progress Party. This was later split, and a new right-wing party, the Danish People’s Party, was established in 1995. Since the 1990s, Venstre has been the leading party on the bourgeois side. The party has also moved to the right.

Danish politics has been characterized by minority and coalition parliamentarism. This has made parliamentary conditions less stable in Denmark than otherwise in Scandinavia. The Social Democrats have traditionally relied on the radicals, but this support has never been certain; the radicals have also collaborated on the right. On the bourgeois side, the Left and the Conservatives have usually cooperated. 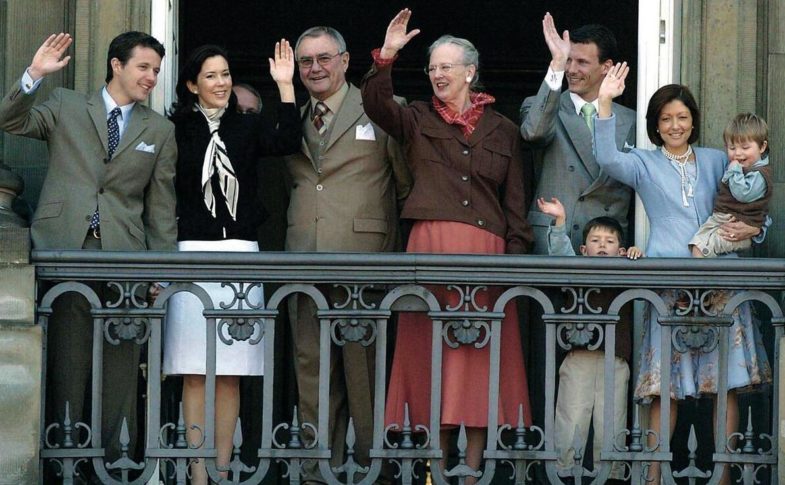 From 2007, Denmark has been divided into five regions (Northern Jutland, Central Jutland, Southern Denmark, Zealand and the Capital) and 98 municipalities. The exception is Ertsholmene, which sorts under the Ministry of Defense.

Danish law is very similar to Norwegian, both in terms of the legal content and the organization of the judiciary. The court is based on Nordic-Germanic custom. Codification started in the 12th century. Trial unit was obtained in 1683, with Christian 5’s law. It was not until the Constitution of 1849 that the legislative power was added to a elected body.

The courts are organized in three instances. There are notices in each judicial district (city court in the capital), a total of 82, and two national courts (one for the islands and one for Jutland) that act as appeals courts and as first instance courts in serious cases. In addition comes the Supreme Court, consisting of a president and 14 judges. As a rule, only two instances are used, the two lowest or upper ones. Jury (references) are used in serious criminal cases.

As in Norway and Sweden, the courts can test the constitutional compatibility of laws. Denmark also has two special courts, one for maritime and trade cases and one for labor lawsuits. The country has an ombudsman. 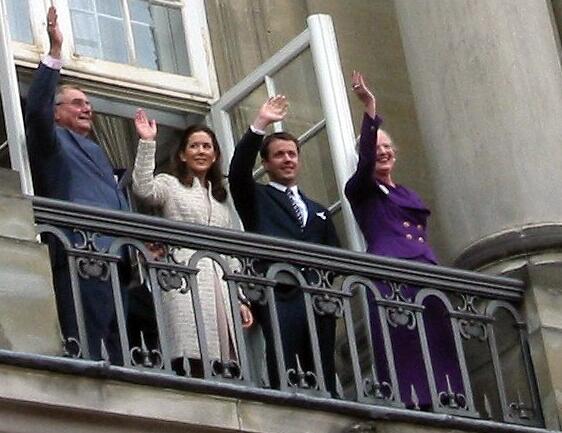 Queen Margrethe 2 is the country’s head of state. Here she is (on the right) with her husband Prince Henrik (on the left). Between them stands Crown Prince Frederick and Crown Princess Mary. The picture was taken in connection with the engagement between Frederick and Mary on October 8, 2003; The wedding was held on May 14 the following year.