Of the Nordic countries, Denmark is in a unique position when it comes to ballet history, and the Royal Ballet has international reputation as one of the world’s leading ballet companies. Already in the late 1500s, dance became an important element of the parties held at Frederik 2’s court. But the first proper court ballet was held in 1634 when Christian 4’s heir married a German princess. In Frederik 3’s reign (1648-70) the court ballet had its heyday; his queen Sofie Amalie was a great ballet enthusiast. In 1648, Frenchman Daniel Pilloy was appointed court dance master and later succeeded by his son Frederik.

At the court theater that was built in the early 1700s, several operas with ballet divisions were erected. In the few years the first Danish theater in Lille Grønnegade existed, ballet performances were also performed by French dance master Jean Baptiste Landé. He would later play a crucial role in the development of Russian ballet.

The Royal Theater was opened in 1748, and with the arrival of the Italian Vincenzo Galeotti in 1775, Danish ballet got its first major boom. Galeotti created a number of ballet works, including Shakespeare inspired. Thus both Romeo and Giulietta and Macbeth were listed on the King’s Square. His ballet comedy Amor and the ballet master’s whims of 1786 are still on the repertoire, and are the oldest ballet work still being performed. Galeotti also collaborated with Danish composers and was a supporter of Noverre and Angiolini’s new ideas about ballet d’action.

Galeotti was succeeded as ballet director by August Bournonville (1805–79). His many years as head of ballet not only created a repertoire that took care of the best in the original French ballet technique, where the male dancer played a major role, but he also created a number of unmatched action ballets in the romantic tradition. Examples include ballets such as Naples, Et Folkesaga and today’s most well-known work Sylphiden. While the male dance stagnated everywhere else in Europe, it was only in Denmark and Russia where one of Galeotti’s students, Christian Johansson, later acted as a dancer and teacher, that the male dancer retained his position.

After Bournonville’s death, the ballet returned. Admittedly, several of Mikael Fokine’s works appeared on the repertoire around 1925, and Balanchine was hired as a guest choreographer in the 1930/31 season. But it was only with Harald Lander’s boss time in the period 1932–51 that ballet experienced a new boom, and Russian ballet technique was also introduced at the ballet school. Later, in Lander’s ballet Etudes to Riisager’s music, four world-famous Danish dancers were to participate: Toni Lander (1931–85), Erik Bruhn (1928–86), Henning Konstam (b. 1934) and Flemming Flindt (b. 1936). The latter two have also served as directors of the ensemble. But a number of other well-known choreographers have been listed by the Royal Ballet. Frederick Ashton created his Romeo and Julietespecially for the company in 1955, and Birgit Cullberg made in 1957 the moon. Of Danish choreographers, especially Flemming Flindt has won recognition for his Enetime after Ionesco’s drama. 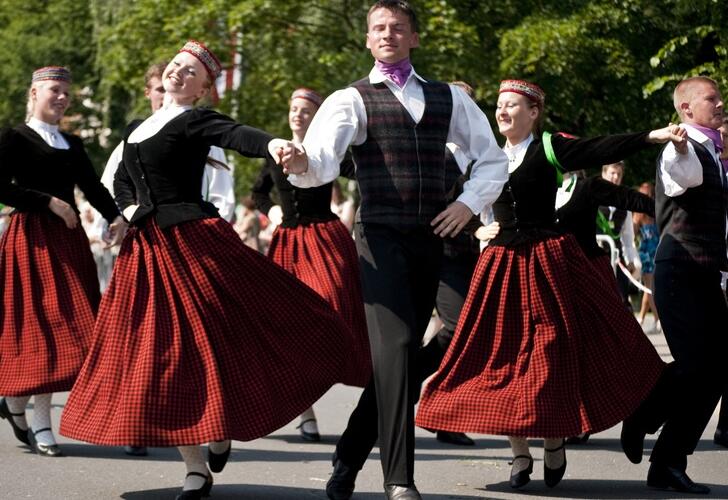 Danish ballet dancers have been very important in the ballet environment, both as dancers and artistic leaders. Peter Martin, b. 1946, has been head of the New York City Ballet since 1986, and Peter Schaufuss, b. 1949, succeeded Frank Andersen as head of the Royal Ballet from 1994, having previously been ballet manager for both English National Ballet, previously Festival Ballet, and for Deutsche Oper in Berlin. However, he resigned after a short time, and Johnny Eliasen, former soloist at the company, was appointed chief executive (1995). Frank Andersen returned in 2003 as head of both the school and the company with 90 dancers. Dinna Bjørn, former soloist and Bournonville expert, was head of the Norwegian National Ballet in the years 1990–2002.

The Royal Ballet’s unique position has in many ways for a long time shadowed the emergence of other ballet ensembles in Denmark, especially in modern dance. Only Tivoli’s Pantomime Theater with its commedia dell’arte tradition has held regular ballet performances over the years. In the years 1959–61, the Scandinavian Ballet was led by Elsa-Marianne von Rosen and her husband Allan Fridericia. And in the early 1980s, Eske Holm had his ensemble. But several modern groups have joined, often with foreign-born founders, such as The Uppercut Dance Theater under the direction of Cher Geutze and Jorge Holquin, head of the ensemble of the same name. The latter died in 1990 and was followed by Kathryn Rickett.

The opening of Dansens Hus in Copenhagen in 1987 has strengthened the position of modern dance, and in 1993 opened a new stage, especially aimed at the modern dance groups. A state-supported school has also been opened on a trial basis that provides instruction in modern dance techniques. It is primarily postmodernist dance drama, created in collaboration with new Danish composers, that characterizes the new dance groups. In addition to the aforementioned groups, there is the New Danish Dance Theater, led by Anette Abildgaard and Warren Spears, Corona Dance Theater under Chief Jørgen Carlsrud, Dance Lab, Now Now Dancers and several other smaller ensembles such as Theater Tango under the direction of Rhea Leman. In Aarhus, Marie Brolin-Tani Dance Company has taken over after Aarhus Dance Theater.

But even though modern dance has been strengthened, it is still the classical ballet that has been characterized in Danish dance art. This became evident during the second international Bournonville festival in 1992, where the national ballet Et folkesagn, was performed with new decorations and costumes designed by the Danish queen, and which achieved great success, both by critics and the audience.