Most of the coast is rugged and difficult to access. Christmas Island is known for the red, fist-sized to football-sized land crabs. Every November, millions of these inland crabs make their way to the coast to mate and lay their eggs in the sea. On their day-long march across the island, the bright red crabs overcome the greatest obstacles and steer unerringly into the sea.

About two thirds of the island’s surface is under nature protection. A large national park was established.

Christmas Island is considered to be one of the most dreamy regions on earth, but the island has little to do with Christmas. No fir trees, which are usually decorated for Christmas, grow here. But on the contrary. Christmas Island is covered over and over with tropical rainforest. The island owes its name to Europeans who first set foot on it on Christmas Day 1643.

There are also large numbers of palm thieves, also known as coconut crabs, on Christmas Island. The white-bellied frigate bird breeds exclusively on this island. In general, it must be mentioned that there are numerous animal species here on Christmas Island that are only found here or only raise their offspring here. There is even a species of shrew here that was actually thought to be extinct. Since 1990 animals of this kind have been discovered again on Christmas Island. For more information about the continent of Oceania, please check aristmarketing.com.

Still in the 1940s and 1950s the Brazilian music scene was dominated by the figure of H. Villa-Lobos (Rio de Janeiro 1887-1959) and by a series of minor composers, among which it should be remembered F. Mignone (1897), MC Guarnieri…
Read more

The moves that Australia adopts on the international chessboard are directly influenced by its peculiar geographical position. Located in the heart of the OCE; ano Pacific, in the center between Southeast Asia and the American continent, Australia has learned to…
Read more

The 1325 km² national park is 340 km southwest of Alice Springs in central Australia. The main attractions are the two sandstone mountains Uluru (Ayers Rock), which rises 348 m above the surrounding plain, and Kata Tjuta (Mount Olga), which…
Read more

The cuisine in Sydney’s restaurants ranges from typically Australian to international. In Sydney, a Goods and Services Tax (GST) of 10% is calculated, which is already included in the invoice. On public holidays, many restaurants charge an additional service charge of…
Read more

Things to Do in Sydney

Attractions in Sydney Art Gallery of New South Wales This art museum is one of the most important in Australia. One of the most impressive is the Australian art collection, in which pictures and sculptures from the early colonial period to…
Read more 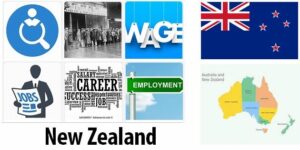 Trade unions have traditionally held a strong position in New Zealand, but their influence has weakened in recent decades. Unemployment rose after the global financial crisis in 2008 to fall slightly after 2012. Towards the end of the 2010s, unemployment…
Read more 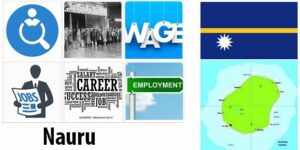 The state has been by far the largest employer in Nauru, but the number of public servants declined substantially in the first decade of the 2000s due to the state’s poor finances. Nowadays, every fifth working Naurus works in agriculture…
Read more