There has been a slight trend reversal in the economically still underdeveloped northeast, which had to accept heavy emigration losses in the previous years, but now has a relatively balanced migration balance thanks to the immigration gains from Rio Grande do Norte, Paraiba and Sergipe. A noticeable change in the south is that the states of Rio de Janeiro and São Paulo registered emigration losses again for the first time after years of growth. The gains in the northwestern Amazon region essentially follow a long-term trend. The only new development here is that Acre is now also benefiting from immigration.

Population movements are triggered by a variety of factors, with differences in living conditions, recorded here by a spatially differentiated representation of the HDI, and economic contrasts play a decisive role. Brazil is still characterized by strong social and regional differences. The south-east has – not least thanks to the strong immigration from Europe – a modern, high-performance infrastructure in the areas of transport, banking and trade, the living conditions here are at least average according to the HDI index, in large areas even good. The negative balance of migration in the metropolises of Rio de Janeiro and São Paulo can at least partially be explained by the difficult living conditions for poor immigrants. Above all with the successful fight against poverty by the government and the increasingly better economic development outside the Southeast, so that important motives for emigration are no longer applicable.

The north is economically significantly behind the south-east, the living conditions here are on average much worse, but it has recently shown the highest growth rates. The background to such – seemingly contradictory – structures and migration movements is the development of the Amazon, especially agricultural colonization. For more information about the continent of North America, please check aristmarketing.com.

Cancun is the dream of office plankton from the States, about the same as for ours – Antalya or Hurghada. A resort with ideal settings to become a worthy desktop screensaver of your laptop. And this is true: the beaches…
Read more

Nashville, the undisputed country music capital of the world, has a B-side too: And it’s called pop, rock, gospel, bluegrass, blues and soul. There’s also plenty of history and culture in the friendly and dynamic Music City. The city was…
Read more

What to See in Death Valley National Park, California 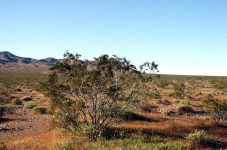 According to usaers, Death Valley is the desert of extremes: hottest, driest and deepest. The superlative desert awaits with luminous sand dunes, snow-capped mountains, multicolored rock layers, water-flooded canyons and 12,000 km² of wilderness. It is home to the Timbisha…
Read more

Located in the heart of the United States, Kansas is named for the Kanza or Kaw Indians, who also referred to themselves as the “South Wind People”. Most Americans think of Kansas as rolling wheat fields, flat land, sunflowers and…
Read more

Despite the misleading name, Rhode Island is not an island. But because the smallest US state has so many pretty bays and great beaches, it was nicknamed the “Ocean State” even though technically half of the country’s land area is…
Read more 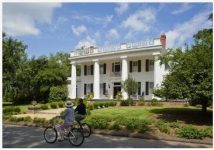 Mobile The beautiful port city with its 206,000 inhabitants was founded in 1702 as a French colony. Until the end of the civil war, it was a strategically important port – and at the same time an important transhipment point…
Read more 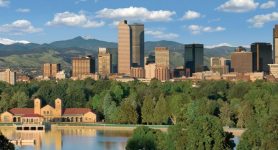 The colorful hub of the city is LoDo(Lower Downtown). This part of the city has the highest concentration of Victorian buildings in the country. There are now quaint shops and well over 100 pubs, cafes, restaurants and nightclubs. The baseball…
Read more

The Natural Wonders of Colorado

According to Fun-wiki, the US state of Colorado is a beautiful color palette of white mountain peaks, red rock formations, crystal clear lakes, yellow deserts and green forest areas. The state has one of the most varied landscapes in the…
Read more 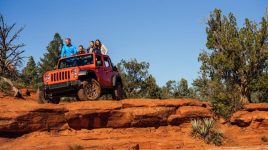 A vacation in Sedona is something else. A two-hour drive from the Grand Canyon and Phoenix , also located in the state of Arizona , is a geological wonderland where world-famous rock formations tower high above the desert landscape and…
Read more

US 45 in Alabama US 45 Get started mobile End Yellow Pine Length 57 mi Length 92 km Route Mobile Citronelle Mississippi According to foodezine, US 45 is a US Highway in the US state of Alabama. The road forms…
Read more