About a quarter of Cape Verde’s formally employed workforce is engaged in agriculture and fisheries, while nearly half are found in the service sector and just over a quarter in industry and construction. Half work on the island of São Tiago, where the capital Praia is located.

Almost one in six working values ​​in working age go simultaneously without work (2014), while even more are underemployed. Among young people, unemployment is almost twice as high. A large part of the professionals feed on various jobs in the so-called informal, black sector of the economy.

The high unemployment rate is considered to be due to the lack of skilled labor and the fact that Cape Verde has one of the world’s most regulated labor markets. Unemployment is one of Cape Verde’s biggest economic and social problems, and emigration is expected to remain at a high level in the coming years. At the same time, it becomes more difficult for cutting values ​​to search abroad; both the EU countries and the US have introduced stricter rules to restrict immigration. Between 520,000 and 700,000 cutting values ​​(the information varies between different sources) are estimated to reside abroad. 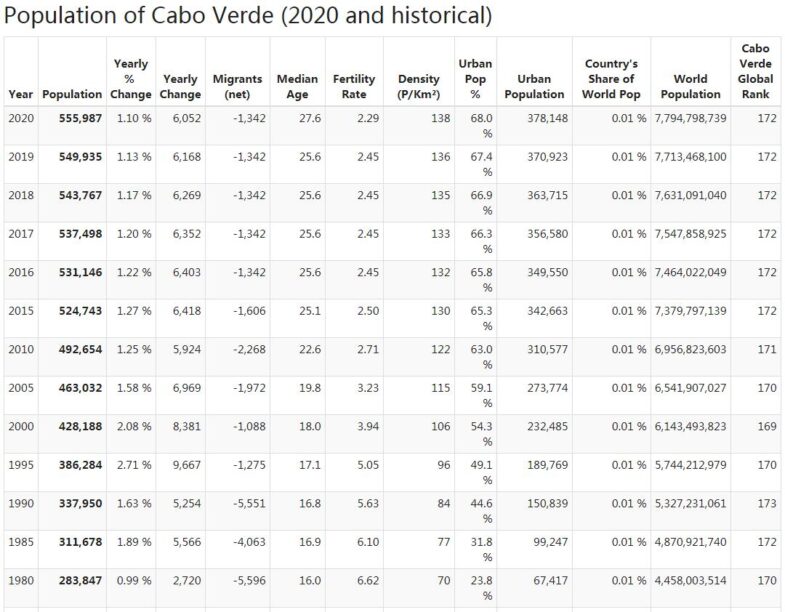 The constitution guarantees the right to form trade unions and to strike, but the trade union movement does not have a strong position in society. Violations of union rights are reported to occur. The largest central organization, CCVSL, has about 20,000 members. Another central organization is UNTC-CS with around 15,000 members. There is no collective agreement and it is not possible to support a family on the minimum wage. Child labor is prohibited, but still occurs in agriculture.

Guinea’s former naval commander Bubo Na Tchuto is arrested along with four other men aboard a boat off Cape Verde. They are brought to the United States where charges are awaited for suspected drug smuggling.