Eight out of ten gainfully employed in Brunei are in the country’s large service sector. The state employs over a third of the workforce. There are around half a million foreign guest workers in the country, mainly from Indonesia, Malaysia and the Philippines.

The government employees previously made up half of the workers, but the government has reduced the state’s role as an employer in favor of the private sector.

Trade union rights are severely limited. Trade unions are allowed, but they must be registered with the government. There are three unions, all in the oil industry. There is no indication that any of the covenants would be effective. Strike is illegal and collective bargaining is not applied.

The guest workers make up about a quarter of the workforce. They only get work permits for short periods at a time. Guest workers are mainly found in private households, the service sector and the construction industry. They are exempt from most labor market laws and do not have the right to join trade unions. Working conditions are often harsh, especially for maids. During the 2010s, the government tightened the laws to reduce the vulnerability of foreign workers. At the same time, it has tightened the penalty for guest workers and employers who do not have a permit.

Brunei joined the International Labor Organization (ILO) in 2007, but has ratified only a few of the ILO’s human rights conventions. 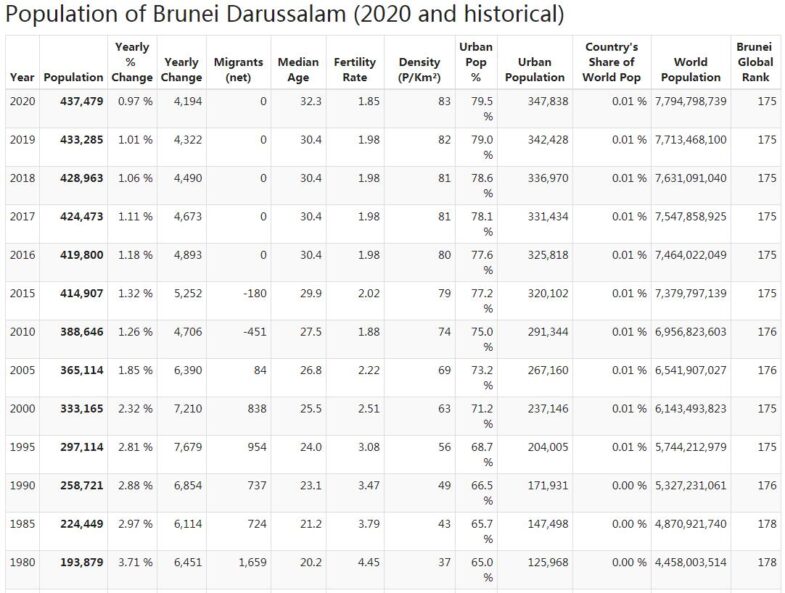