Nearly half of Bhutan’s labor force is self-sustaining through agriculture and livestock management. The industry employs a fifth, while the rest are found in the service sector, not least in the growing tourism industry. High youth unemployment is a problem.

The official unemployment rate is only a few percent, which is partly due to the fact that a large proportion of the inhabitants are not included in the official labor force. The fact that many young Bhutanese lack employment is partly due to the fact that they often lack the right knowledge for available jobs, for example in the expansive construction sector. As a result, Bhutan is heavily dependent on imported labor from mainly India, while relatively well-educated Bhutanese are without employment.

One problem is also reported to be that many young Bhutanese do not want to take jobs that they consider to be under their “social status”, especially in the private sector. At the same time, there is a lack of public services.

Regular unions are prohibited and no strike right exists. However, a law from 2007 recognizes the right to form a union in a workplace if at least twelve employees want it, but it is unclear what the change means. The law also gives employees the right to go to court if they have a complaint. 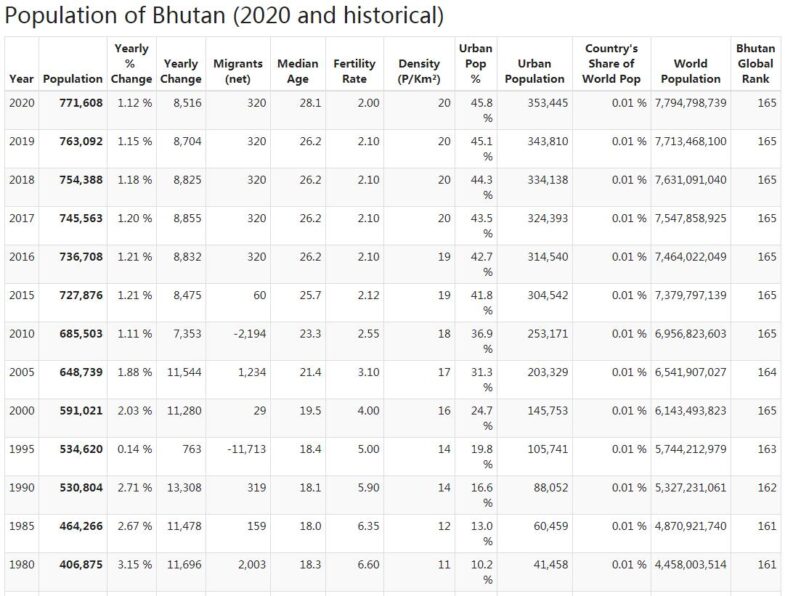 Villagers often have to “voluntarily” participate in various projects to build roads or schools, for example. Child labor is formally prohibited but common. Minors often help in agriculture, and many girls work as maids.