Benin is one of the poorest countries in the world and ranks 163rd out of 189 countries in the United Nations HDI Ranking (Human Development Index) for 2018. In an article published by Global Finance in April 2019, Benin ranks 26th out of 191 countries in the global ranking of gross domestic product (GDP) based on purchasing power parity (PPP) per capita. The country was put on the list of HIPC (Heavily Indebted Poor Countries) by the G8 countries in 1999 and is one of the countries that has subscribed to an IMF and World Bank program (PRSP) have subjected. About a third of the Benin population live in extreme poverty, the economy is heavily dependent on world market prices for cotton, and illiteracy and poor education are a hindrance to economic development. Fighting poverty is not only a central election promise and topic of all politicians, but is also at the center of the politics of many donor countries and international partners of Benin. Despite all efforts to fight poverty, it has been increasing since 2003 steadily increasing. In September 2015, President Boni Yayi had to admit that poverty had risen during his reign. With Patrice Talon’s new economic liberalism, many Beniners fear that the poverty gap will widen significantly. Benin now has a 2018-2025 Development Plan (Plan de développement – PND) to effectively fight poverty.

Of the eight Millennium Development Goals for 2015, most of Benin did not achieve the goals set. Progress in general access to primary education was only noted in 2015. The status of the achievement of the individual goals is described in detail in the last national progress report. For the period after 2015, the SDGs 17 formulated new sustainable development goals. With regard to the sustainable development goals, Benin has its 49 most important projects in February 2018 presented. In the World Risk Report of 2018, Benin was ranked 30th out of 172 countries worldwide with a risk of 11.04% and is therefore one of the countries with a very high disaster risk.

The global rise in food prices in spring 2008 had also made itself felt in Benin and made the situation of the poor even worse. For example, the fishermen and residents of Lac Ahémé suffer from extreme poverty, as the fish stocks fell sharply due to increasing siltation of the watercourses. At least individual measures to reduce poverty of the “PAG-Plan d’Action Gouvernemental 2016-2021” and the “Development Plan 2018-2025” promise success, for example new jobs should be secured for young people. As early as the end of 2018, President Patrice Talon reported in his State of the Union address that 200,000 new jobs were created in 2018.

According to estatelearning, the government of Benin has pursued many anti-labor programs since 2002, including the Program de Croissance pour le Développement Durable – PC2D – 2018-2021, the Stratégie de Croissance pour la Réduction de la Pauvreté (SCRP) 2011-2015, the Stratégie de Croissance pour la Réduction de la Pauvreté (SCRP 2) 2007-2009 and the Stratégie de Réduction de la Pauvreté (SRP 1) 2003-2005. As part of the HIPC debt relief initiative, this resulted in debt relief in 2003. Another strategy paper on poverty reductionwas adopted in 2007. Five areas should be promoted: promoting growth, developing infrastructures, strengthening human capital, promoting good governance and balanced and sustainable regional development. The paper enabled further debt relief and is the basis for cooperation with the IMF and the World Bank. On the other hand, the possibilities for institutionalizing the formulated strategies for combating poverty are viewed very critically. Despite intensive efforts by donor countries, it has not been possible to reduce poverty significantly in recent years. The rapid population growth should be accompanied by economic growth of over seven percent.

In November 2014, President Boni Yayi presented a new program to combat youth unemployment, which is funded by the World Bank with US $ 35 million. More than a hundred thousand young people have already benefited from the ‘Business Promotion Center (BPC)’ program, for example 795 young people were trained as agricultural entrepreneurs in three centers (Kétou, Zangnanado and Daringa). In January 2016, the government published a communiqué in which they paid one billion francs CFA to Zémidjan drivers wants to make available so that they can retrain to work in agriculture, buy spare parts or even new motorcycles. To achieve them For more information on the economic goals and strategies in the pages of the Ministry of Economic Affairs of Benin. In September 2017, the Ministry of Planning and civil society with the support of GIZ (decentralization program) initiated a platform for monitoring the implementation of the Millennium Development Goals (MDGs). 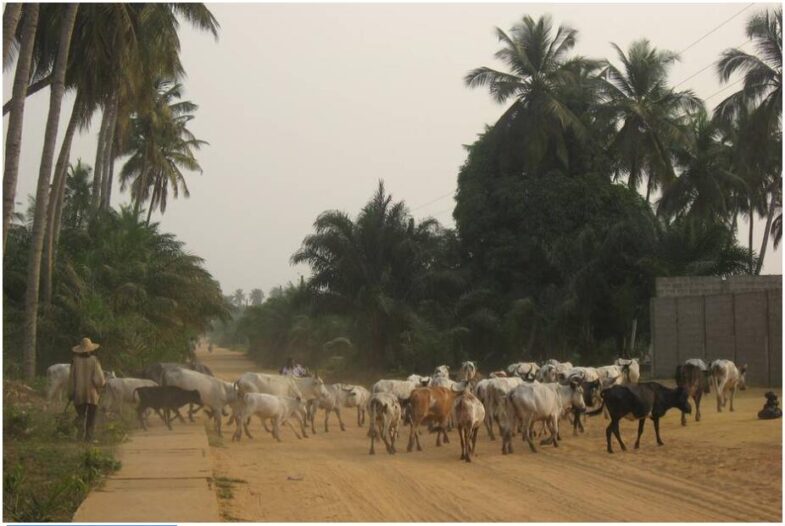