Benin has some peculiarities: the kingdom of Danhomé was an important player in the transatlantic slave trade, in the military there were women’s regiments, the legendary Amazons. Independence in 1960 was followed by one coup after another, from 1974 to 1990 the era of Marxism-Leninism. A stable democracy has developed since then.

According to commit4fitness, Benin is a republic and has a parliamentary presidential system with popular sovereignty, free and secret elections and party pluralism. Many elements and institutions are borrowed from the French presidential system. President Patrice Talon, who has been in office since April 6, 2016, is both head of state and head of government.

The new constitution developed as a result of the National Conference and announced on December 11, 1990 is considered a compromise between the American and French constitution and establishes the Republic of Benin as a parliamentary presidential system with popular sovereignty, free and secret elections, party pluralism, rule of law and separation of powers. At the same time, the President, who is elected for five years (with the option of re-election), is constitutionally endowed with extensive powers. For example, he has the right, with the approval of the constitutional court, to dissolve parliament and to govern with ordinances for a limited time. The President is head of state, head of government and commander in chief of the armed forces. The president appoints (and dismisses) the government, which must be ratified by parliament. The members of the government may not be members of parliament at the same time. Therefore, parliamentary elections often lead to cabinet reshuffles when active members of the government have been elected to parliament.

The president has the right to initiate laws and referendums. His veto can postpone the entry into force of laws that have already been passed by parliament. For several years, President Boni Yayi tried to introduce a constitutional amendment law, which was prevented by his critics. Legal texts can be found on the website of the US Law Library of Congress. The new President Patrice Talon proposed a number of reforms, including limiting the presidential mandate to a single term of seven years, and instructed a commission to review the constitution for the reforms that were to come.

The legislative body is the Assemblée Nationale, a one-chamber parliament with 83 members, whose members are directly elected for four years. The last election took place on April 26, 2015, the next election is scheduled for April 28, 2019. 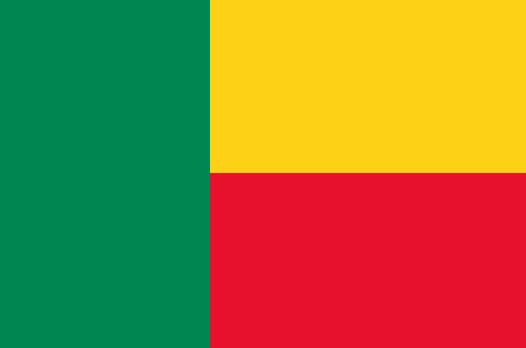 Since 2002, Benin has been divided into departments, communes and arrondissements. The départements are the regional representations of the central state, while the communes are independent regional authorities. The first local election since 1990 took place in December 2002. The lowest level of the territorial structure is formed by the villages or districts.

The decentralization process also harbors potential for conflict. Lack of financial resources and the unwillingness of central government institutions to surrender power caused unrest. The KFW development bank, which supported the process of decentralization, draws a rather positive balance. The new administration of President Talon presented a plan for decentralization and deconcentration, which, however, did not meet with universal approval.

The independent legal system guaranteed in the constitution is largely based on the French system (Code Civile / Napoléon) and some traditional African customary laws. In rural regions there can also be cases of vigilante justice and legal pluralism, as is described in a case study from Northern Benin. But thieves were also victims of vigilante justice in some cities. In addition to the Constitutional Court, important organs of the judiciary are the Supreme Court and the High Court of Justice. The constitutional court ruled on November 20, 2014 against a revision of the constitution, which the incumbent president third mandate. The Supreme Court is the highest judicial authority in all matters of public and private law, while the High Court is responsible for criminal offenses committed by the president or minister in the course of their duties. As in France, the security organs in Benin were divided into the police of the interior ministry and the gendarmerie of the defense ministry. Shortly after his inauguration, President Talon had the chiefs of the police and gendarmerie replaced. On January 1, 2018, the “Police Nationale” and the “Gendarmerie Nationale” merged to form the “Police Républicaine du Bénin”.