The music scene in Benin is broad and has produced some successful artists who are also known outside the country. El Rego is one of the fathers of funk in Benin and inspired the band Poly-Rythmo. The ‘Le Tout Puissant Orchester Poly-Rythmo de Cotonou’ under the direction of the guitarist Papillon was the most successful Benin band and had its greatest success in the 1970’s. The French radio reporter Elodie Maillot and the Frankfurt music producer and ‘rare groove diggers’ Günter Gretz and Samy Ben RedjebIt is thanks to the fact that the legendary band ‘Orchester Poly-Rythmo de Cotonou’ and some other Benin musicians were brought out of oblivion and are now performing again. On the occasion of its 50th anniversary, “Le Tout Puissant Orchester Poly-Rythmo de Cotonou” held a concert in front of a large audience in August 2018. Musically there are also some similarities between Benin and Togo, a number of musicians played in formations from the respective other country, but there are also different developments, as a look at the music history after independence shows.

The Lokossa singer and musician Gnonnas Pedro played with his band ‘Pedro y su Sanchos’ as early as the 1960’s. He became internationally known as the lead singer of Africando from 1995 until his death in 2004. Wally Badarou, keyboardist, rock musician, synthesizer specialist and member of the Compass Point All Stars played and arranged for recordings by the Gibson Brothers, Graces Jones and the British band Level 42. The musician Jimmy Houetinou also appeared as an international producer, especially for the band Loketa. Ignace de Souza played in several West African bands in the 1950’s before he became the founder and leader of Black Santiago. GG Vicky (Gustave Gbénou Vikey), aka ‘GG Vikey’ was also hailed as ‘Georges Brassens von Bénin’. The ‘diva of Beninese music’, the singer Vivi ‘Internationale’ (Victorine Agbato), who began her career in the late 1970’s, repeatedly participates in public discourse. Stan Tohon & Le Tchink System is a representative of Afrobeat, who drew on the traditional rhythms of Tchinkoumé and managed to modernize them wonderfully. The gospel singer Anna Gabelus Teko was named Artist of the Year 2015 and five Benin musicians were nominated for the Kora Awards 2016.

According to historyaah, traditional Benin music such as that of Amikpon, Gbéssi Zolawadji, Allevi [Apollinaire Houénou] or Jolidon Lafia from the north stands alongside syntheses of tradition and jazz such as those produced by the Gangbé Brass Band or Jean Adagbénon and new music from Benin, which is probably the most famous The representative of the world music star Angélique Kidjo is. She was named the most influential woman in Africa by Forbes magazine and received the Grammy for the third time in February 2016. She is always committed to social justice and received the award in Dakar’Ambassadeur de la Conscience’ and is a UNICEF ambassador. In 2019 Angelique received “the honorary award of the German Sustainability Award for her decades of humanitarian commitment, especially for education and equality of women in Africa”. Many female interpreters, e.g. Sessimé (Bidossessi Christelle Guédou) or Zaynab (Oloukèmi Zeynab Abibou) are very well known in Benin and the region.

Living in France Julien Jacob can be of Celtic culture, Hinduism and Voodoo cult inspiration and produced together with Ghislain Baran and Thierry Nedelec successful albums. The group ‘ H2O Assouka’stands for ‘ Vodoun Rap ‘ and is one of the popular bands of recent times. Afropop, such as Segun Ola, hip hop or rap, reggae and other styles of music are of course also represented in Benin.

One of the pioneers of African cinema was Paulin Soumanou Vieyra, who studied at the Paris Film School in 1952. His film ‘Afrique-sur-Seine’ (1955) can be seen as one of the first films made by Africans.

The documentary filmmaker Idrissou Mora-Kpaï from the north of Benin (Borgou) studied among others at the University of Film and Television (HFF) ‘Konrad Wolf’ in Babelsberg. His last films were ‘Si-Gueriki, la reine-mère’ and ‘Indochina, Traces of A Mother’.

Probably the best known representative of Benin in the cinema is the actor Djimon Hounsou, who played the leading role in the film ‘Amistad’ by Steven Spielberg.

In Sylvestre Amoussou’s film ‘Africa Paradis’ (2007), which is set in 2040, many Europeans flee to the United States of Africa in order to be able to lead a better life there… The Beninese cinema with its filmmakers like Jean Odoutan has been strengthened in recent years by the Ouidah International Film Festival. Six Beninese productions were in competition at FESPACO 2015 in Ouagadougou, including the film ‘A cœur ouvert’ by Ayékoro Kossouwhich has already been awarded in Cannes.

Among the most important photographers in Benin are Joseph Moïse Agbojélou, born in Védo in 1912, and the painter and photographer Babelle Dunglass, born in 1947, who founded the ‘Artistes Béninois Associés – ABA in 1994 together with the singer Stan Tohoun and the composer Fanick-Marie Verger. Benin photographers who were also represented at the prestigious Biennale of Photography in Bamako are Léon Ayékoni, Edouard Mehomé, Pélagie Gbaguidi, Justin Kayodé, dit Tintin Photo and Fagbedi Franck Rock with his studio Rocko in Ouidah. Charles Placide-Tossou has made a name for himself on the one hand as a theater and artist photographer, but also takes photos at religious Vodoun ceremonies and is a successful reportage photographer for international agencies.

The French ethnologist Pierre Vatumbi Verger was initiated in 1953 in Kétou to the Babalawo (priest) and took the name Vatumbi. He has been photographing and researching the Afro-Brazilian Yoruba cults since the 1930’s and left a work with over 60,000 photographs in Salvador da Bahía. The spiritual world of the Vodoun and Yoruba cults fascinated ethnologists and photographers such as Leonore Mau, Hubert Fichte and Alberto Venzago. The German-American anthropologist and photojournalist Henning Christoph published several illustrated books and made several films about Benin’s religious cults. 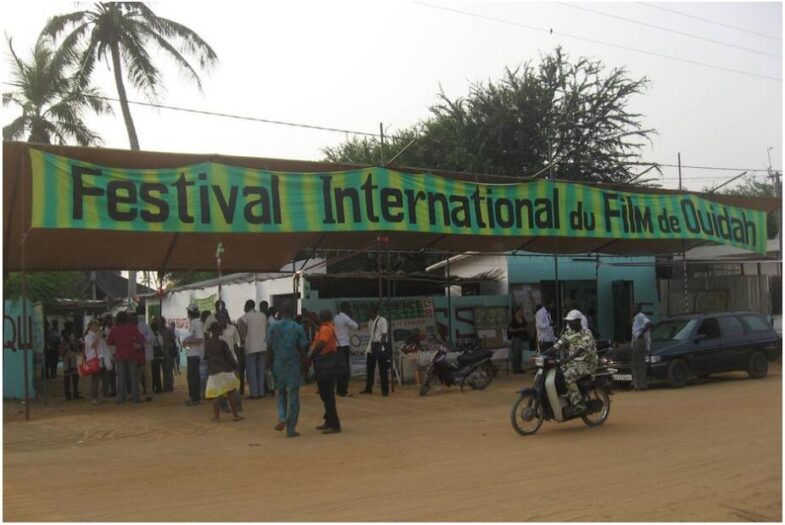