The media landscape in Benin is very heterogeneous and, thanks to a liberal press law and its largely equally liberal interpretation, enjoys great political leeway. The state supported the press with up to 350 million francs CFA annually. However, the lack of professionalism, the dependency on parties or politicians, the fast pace and corruptibility of many print media are problematic. Emmanuel Adjovi analyzes the practice of ” consultation “, the corruption problem within the Beninese press. Unfortunately, in Benin, the ‘Haute Autorité de l’Audiovisuel et de la Communication’ – HAAC is trying to exert its influence and tease journalists who, on the other hand, are successfu and lcould fight back. In January 2015 the National Assembly passed a new media law and in February 2015 there were protests in front of the Office de radiodiffusion et de télévision du Bénin (ORTB) for independent reporting on radio and television. In November 2015, the newspaper ‘Le Matinal’ had to stop its publication.

In the run-up to the parliamentary and local elections in 2016, the media authority HAAC began to ‘regulate’ the media representatives and the same restrictions were looming before the presidential elections. The television stations ‘Golfe Télévision’ and ‘Sikka TV’ were sanctioned with bans.

In the ‘Press Freedom Ranking 2019’ by ‘Reporters Without Borders’, Benin is ranked 96th out of 180 (78th place in 2017; 84th place in 2018) countries. A Benin journalist gives subjective impressions during his visit to Germany. The African Media Barometer Benin offers detailed information on the media landscape.

According to militarynous, Benin’s print media include more than 130 periodicals, including 80 daily newspapers, but their circulation is often very low. Some of them can also be read on the Internet. Almost all print media appear in French. The state news agency ‘Agence Bénin-Presse – ABP’ was founded in 1961 and, in addition to its headquarters in Cotonou, has six regional offices in all parts of the country.

Far ahead of television, which has two state and several private broadcasters, radio must be seen as the most important mass medium, especially in rural Benin. Radio broadcasts do not require reading skills, have a long range, do not require a mains connection and the receivers are cheap (from 3000 FCFA). In addition to the successful commercial private channels, some of which have varied programs, there are also some church radio stations. HD television has been available via satellite since October 2015.

The so-called ‘radios rurales’, associative community radios with broadcasts in local languages, have existed since around 1994. Since 1997, independent community radios and private radio stations have been founded on the basis of the law to liberalize the media landscape. These community radios have quotas for local / regional languages and are relatively apolitical, ie they report in particular on local and regional events (events, markets, etc.).

The main Internet provider in Benin is Benin Télécoms. In the meantime there is internet access in all larger cities, unfortunately the data transfer rates are far from always satisfactory. There are now a number of private online news magazines, including La Nouvelle Tribune, BéninMondeInfos, aCotonou, Diaspora, links to other media can be found at ABYZ News Links, for example.

In March 2015, the People’s Republic of China approved a loan of $ 69 million for the expansion of the telecommunications infrastructure. With the help of the Swedish company Ericsson, the rural regions of North Benin are to be connected to the mobile network.

In February 2016, President Boni Yayi laid the foundation stone for ‘ Bénin Smart City’, a new digital high-tech district on an area of 12 hectares, in which foreign IT companies as well as Beninese start-ups, banks, shopping centers and restaurants are located settle and thereby give unemployed young people a chance. Patrice Talon’s government is continuing the project with the Bénin New Smart City.

As in many other African countries, a boom in telecommunications began in Benin with the introduction of cell phone licenses. In mid-2002, the African Development Bank released around US $ 9 million to develop the sector and expand cell phone networks across the country. The total investment for the project is estimated at 54 billion CFA francs (82 million euros). Network operators (GSM 900) are MTN Benin, Moov Benin (from Maroc Telecom, previously Telcel), Glo (Nigerian), BBCom and Libercom. Since September 17th, 2005, all telephone numbers in Benin (mobile and landline) are made up of 8 instead of 6 digits. The cellular network is being expanded slowly but continuously. Further information is available from Office de Postes et de Telecommunications du Benin (OPTB). You can also buy prepaid cards (e.g. Carte MTN), with which you can make cheap calls to Europe. Useful telephone numbers and addresses of companies and entrepreneurs can be researched in the ‘yellow pages’. Nowadays, many people in Benin or to Benin make calls using WhatsApp.

There are many internet cafes in the larger cities of Benin. The quality of the connections varies, but it is best in Cotonou. The positive development of Internet access outside the big cities has meant that there is always an Internet connection in the interior of the country. 80% of the Beninese territory has access to fiber optic cables, ie a total of 4,000 km for 9.4 million Internet subscribers. 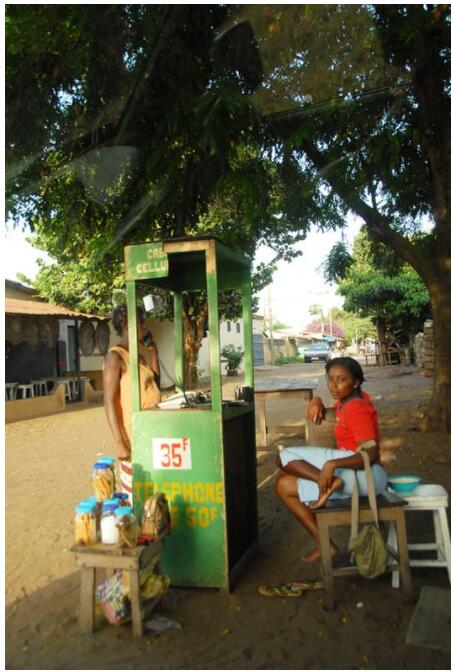