Important partners in bilateral development cooperation are France with the AFD, Germany (see below), Switzerland with the SDC and Helvetas and also private initiatives, the Netherlands with the SNV and the USA with USAID, Peace Corps and other institutions. The Netherlands ended their development cooperation with Benin in May 2015 after EUR 4 million earmarked for the drinking water supply had ‘evaporated’. The cooperation was resumed in October 2015. ‘Le Monde’ reported on the difficult fight against the misappropriation of development aid funds.

Another important donor is the PR China, which has been active in Benin for many years and once again strengthened its cooperation with Benin in 2016. China has also financed many infrastructures including the renovation of the ‘Stade de l’amitié Général Matthieu Kérékou’. New players, such as South Korea, are emerging, but South-South cooperation is also increasing, as the example of coworking in the IT sector shows.

On the website of the World Association of Non-Governmental Organizations you can find a list of different organizations that are active in development cooperation in Benin.

The priorities of the German-Beninese cooperation are defined as follows:

German state cooperation is represented by the Society for International Cooperation (GIZ), which is also involved in the civil peace service in the country and the Kreditanstalt für Wiederaufbau (KfW). In July 2016, bilateral negotiations on cooperation between Germany and Benin took place in Cotonou. As a result, a total of 69.9 million euros were committed to Benin for the period from 2017 to 2019 in September 2016.

The German political foundations Friedrich-Ebert-Stiftung and Hanns-Seidel-Stiftung each have an office in Cotonou. The Konrad-Adenauer-Stiftung works on Benin within its regional program “Political Dialogue West Africa” (PDWA).

In January 2016, Development Minister Gerd Müller visited Benin and pledged 20 million euros for agricultural innovations. The ‘African Cashew Initiative’ funded by the German Development Ministry, to which Benin also belongs, received an award from the Organization for Economic Cooperation and Development (OECD). The German-African Youth Initiative (DAJ), a political initiative commissioned by the Federal Ministry for Economic Cooperation and the African Union and coordinated by Engagement Global, has been promoting the exchange between young Africans and Germans and thus a common future since 2016. Benin is one of the three pilot countries (alongside South Africa and Tanzania) of the initiative.

In addition to these actors in development cooperation, there are a number of private aid organizations, such as Baobab Benin eV or the Turkish Education and Study Center, which are mostly active in the social, cultural and / or charitable field, and companies such as Tchibo, for example get involved socially. 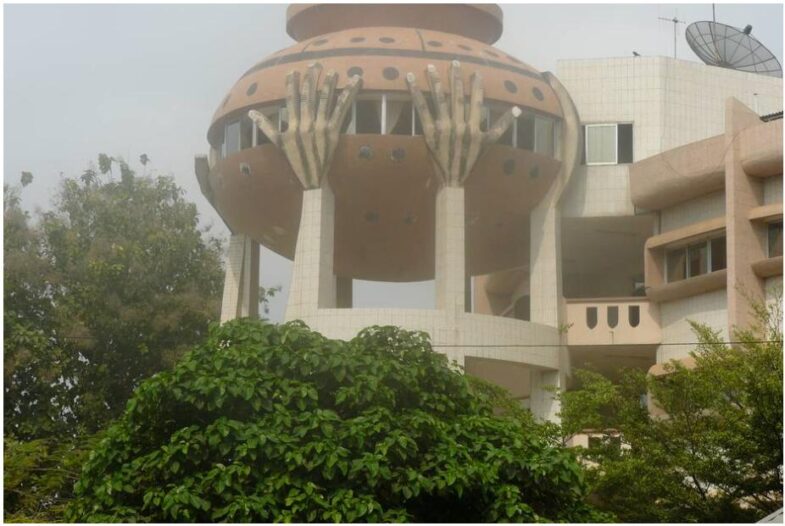 According to ethnicityology, the foreign policy of Benin is due mainly to the West African neighbors aligned and France. During his visit in July 2015, President François Hollande emphasized Benin’s role as a role model for Africa. Foreign policy contacts to Asia were greatly expanded under the Boni Yayi government, among other things to attract investors. The USA, and especially China, have begun to significantly intensify their relations with Benin against the background of economic and strategic interests. In doing so, they are increasingly profiling themselves as a generous donor in development relations with Benin. President Talon underlines the important partnership with China.

The relations between Benin and the states of Latin America (especially Brazil) are becoming increasingly important, while the relations with Cuba that have existed since 1974 have been frozen. Good relationships are also maintained with the important partners in economic cooperation. In addition to France, these are Germany, Denmark, Belgium, the Netherlands, the European Union, the USA, Switzerland and Canada. Relations with Turkey and Iran have recently been established, and relations with Russia have been intensified. The government also wants the diplomatic and consular proof of identity restructuring, as the Foreign Minister explained to the diplomatic corps accredited in Benin.

Benin is also one of the three pilot countries with which German Development Minister Gerd Müller wants to start the ‘German-African Youth Initiative’.

Benin’s strong economic dependency on Nigeria as a regional power means that criticism of human rights violations and electoral fraud in Nigeria is seldom expressed. With Niger and Burkina Faso there were some inconsistencies in the definition of the common borders, which could be clarified with the help of the International Court of Justice in The Hague in 2005 and 2009 respectively.

The relationship with neighboring Togo is still ambivalent: the late Eyadema and Kérékou were old friends, which meant that reform efforts were supported on the one hand, but there was no support for the opposition and no criticism of human rights violations on the other. The state attacks in the course of the discussion about the successor to Eyadema also remained largely uncommented by the official Beninese side. As in the early 1990’s, as a result of the unrest in the 2005 elections in Togo there were around 40,000 refugees from the neighboring country in Benin, most of whom have returned to Togo. ‘Le Pays’, a newspaper from Burkina Faso, describes the two ‘half-brothers’ Togo and Benin with their contradicting democratic developments.

Benin granted asylum to the resigned President of the Central African Republic, Michel Djotodia, and the brother of the forced resigning President of Burkina Faso, François Compaoré, found refuge in Benin.

Benin is a member of the African Union and was actively involved in the ECOWAS peacekeeping missions in Liberia and Côte d’Ivoire. Up to 650 soldiers were also deployed in Mali as part of AFISMA. Until 2007, Benin was the chairman of the LDC states. President Boni Yayi was chairman of the African Union (AU) from 2012 to 2013. In the international context, Benin was reluctant to take part in promoting democracy. Many resolutions on human rights in Sudan, Congo, Iraq, Nigeria were rejected or abstained. The United Nations appointed Réckya Madougou from Benin as ambassador for the Unitlife initiative for all of Africa.

With 800 soldiers took part in the fight against Boko Haram, as Benin, as a neighboring country to Nigeria, is also threatened by these radical forces. However, the new Talon government reduced the troop contingent from 800 to 200 soldiers for cost reasons. Another threat is piracy, which is taking place off the coast of Benin and other West African countries.