The dependence on cotton, which generates three quarters of export earnings, is one of the major weaknesses of the Beninese economy. Due to massive subsidies, especially in the USA, cotton from African countries, including Benin, which is grown without artificial irrigation, is not competitive. In view of these framework conditions, Benin took part in the so-called cotton initiative tries to take action against this subsidy policy together with Burkina Faso, Niger and Chad within the framework of the World Trade Organization, but without success. In addition to these unfavorable world market conditions, there are also a number of home-made problems in the Benin cotton sector. The predominantly conventionally grown cotton leads to serious ecological problems in Benin (deforestation, soil degradation, water pollution, etc.) and to health problems for farmers. In some cases, highly toxic substances are used to combat pests and weeds. Biologically controlled cotton cultivation is becoming increasingly important in Benin, but still makes up a small part of the cotton harvest. The ‘Cotton made in Africa’ initiative, including Benin, that wants using the quality label CmiA, lead African cotton out of anonymity and make it accessible to the mass market. Marketable, environmentally and socially oriented minimum standards are to be introduced in cotton production.

The cotton harvests have been affected by considerable fluctuations in recent years, which is also due to the partially opaque partial privatization of the cotton sector. In October 2007 there were first signs of changes in the organization of the cotton sector. The then state cotton company SONAPRA was to be replaced by a new privatized company SODECO(Société pour le Développement du Coton), which would only remain partially in public hands. Despite the announcement of the dissolution in autumn 2007, the plans had to be abandoned again. SONAPRA and SODECO (Patrice Talon = main shareholder) continued to function in parallel. Six factories, ten of which were owned by the SODECO company, were placed under state administration by the government of Thomas Boni Yayi in January 2014 in order to maintain cotton processing. On April 11, 2016, the government of Patrice Talon took over the administration of SODECO’s factories closed. Following the dissolution of SONAPRA, the former general manager and three other high-ranking department heads of the company were arrested for corruption in May 2018. During the settlement it was found that 125 billion CFA (approx. 190 million euros) had disappeared for the years 2013-2014, 2014-2015 and 2015-2016. The AIC (Association Interprofessionnelle du Coton), an umbrella organization for all actors in the cotton value chain, now plays a central role as a partner to the government for cotton. 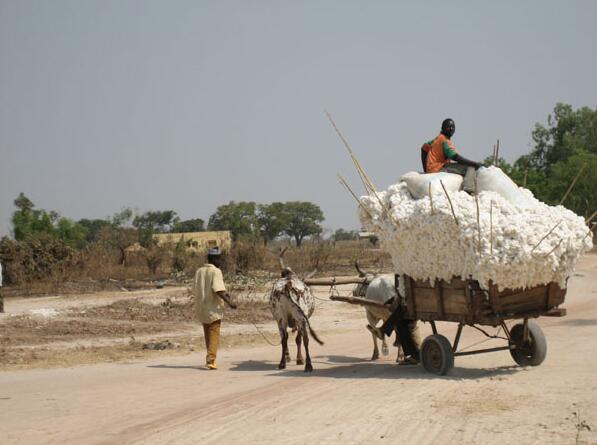 In addition to farming, cattle farming is an important form of land use in the Fulbe, with roughly two major groups. The settled Benin Fulbe practice a combination of agriculture and dry-season transhumance. Cross-border pasture migrations also lead fully nomads from the neighboring countries Niger and Nigeria to Benin. For them, the large uninhabited state forests of Central and North Benin in particular represent an important dry season pasture and water reserve. On July 3, 2018, the Beninese parliament passed a new transhumance law and an agency for the economic management of transhumance (Agence Nationale de Gestion de la Transhumance – ANGT) founded. The animal keepers must now have a certificate and the local authorities provide space for the migrant animal owners. It is hoped that with the implementation of the law, there will be less violent conflicts between livestock farmers and farmers. In addition, increased cooperation between animal husbandry and agriculture could play an essential role in soil protection and soil rehabilitation.

The pasture migrations of the fully nomads from around October / November every year from the neighboring countries are, like the increased immigration of the Fulbe of the northern Borgous since the 1970’s, elements of a comprehensive process of relocating the animal keepers’ areas of activity to the south. This development of new pasture areas became necessary due to the periodic drought crises since the second half of the 1960’s, the increase in herd size and the state-subsidized expansion of cotton cultivation in Northern Benin and the associated displacement of the local cattle farmers. The urban centers of meat consumption in central and southern Benin, in the vicinity of which the herds were relocated, acted as a pull factor.

Animal husbandry is extensive and, in addition to cattle, is limited to pigs, goats and poultry. The coveted agoutis, including Aulacode (Great pipe rat) called, bred. A film report introduces Agrisatch, a large family business that has successfully specialized in poultry farming and egg production.

In recent years, Benin has released a million broodlings into inland waters to replenish the fish population.

Dealing with the land rights problem in Benin is of central importance for agriculture. In his study, Andreas Neef describes the connections between sustainable resource use and land law in Benin. An impressive photo report shows the hoarding of property using the example of the Commune de Djidja. Benin is also affected by the problem of land grabbing.