The formerly socialist Benin has largely completed the transformation process to a market economy-oriented economic order. Some important companies in the electricity, cotton, ports and telecommunications sectors are not yet fully privatized. Also, reforms such as administrative and budget reforms are not yet complete. In 2010, Benin introduced vertical financial equalization and a new municipal tax. The liberalization of other economic sectors is to be driven forward.

For 2019, the African Development Bank – BAD expects economic growth of 6.7%. The government took measures to make Benin a major agricultural producer and presented the economic policy priorities for the period from 2016 to 2021. It seems contradictory that despite high unemployment, workers from neighboring countries such as Togo are being recruited in the agricultural sector.

In order to reduce poverty, Benin’s high population growth would require economic growth of at least 7%. In order to implement the various projects in the area of infrastructure and economic and social policy, Benin would have to take out a loan of 111 billion francs CFA from the West African central bank BCEAO.

According to ehistorylib, the Beninese government is continuing to try harder to attract foreign investors into the country, but is not making it easy for companies with complex formation procedures. This also applies to local businesses. The government intends to increase handicraft production.

On a ‘Doing Business Ranking Index’ of the World Bank, which is supposed to show the degree of difficulty in starting a business in a country, Benin ranks far behind in 153rd place out of 190 countries examined. 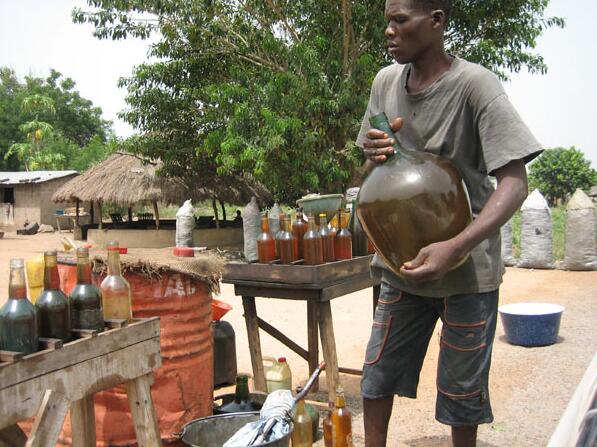 Benin is a member of the Economic Community of West African States ECOWAS / CEDEAO whose president until February 2018 from March 2016 the Beninese Marcel Alain De Souza was, and in the UEMOA, the West African Economic and Monetary Union, the most important organ of the Central Bank of West African States BCEAO is. The common currency, Franc CFA, which was introduced as a colonial currency in 1939, is tied to the euro (1 euro corresponds to approx. 656 francs CFA). This dependence on France is viewed critically, even ‘Le Monde’ sees the CFA franc as a brake for Africa’s development. A move against the FCFA currency has already forced countries using the FCFA and France to opt for a new ECO currency. In 2019, Benin announced the withdrawal of the foreign exchange reserves of the CFA franc that were in France. Various currency converters can help you convert from Euros (€) to Francs CFA (XOF).

Benin is also closely linked to the Nigerian economy via merchanting and is therefore not independent of the economic policy decisions of its large neighbor. On his first state visit to Nigeria, President Talon wanted, in addition to security cooperation, above all economic cooperation amplify. The devaluation of the Nigerian naira, caused by the fall in the price of crude oil, will have a sensitive impact on the Beninese economy. The government wants to set up a new market on the border with Nigeria. Cooperation was agreed

with Côte d’Ivoire in the field of customs. Benin’s economic relations with Ghana, Togo and Nigeria are to be established through the Zone d’Alliance de la Co-Prospérité – ZACOP, founded in 2009 be intensified. Since President Talon’s first official visit to Rwanda in August 2016 with the signing of cooperation agreements between the two countries, there has also been a lively exchange of experts. The Rwandan airline has also opened its headquarters for West Africa in Coutonou.

In the energy sector, Benin and Togo operate the Communauté Electrique du Bénin (CEB), which generates electricity from the Nangbeto hydropower stationrelates. Another joint hydropower plant at Mono near Adjarala is under construction and the two state presidents laid the foundation stone at the end of 2015. In March 2015, President Boni Yayi, together with the Togolese President, inaugurated a substation in Sokodé. In October 2015, Prime Minister Zinsou presented a new program for the electricity supply and signed contracts with several foreign companies to buy and sell electricity, with the aim of increasing electricity production. The government spent 5.2 billion francs CFA on fossil fuel purchases and then restarted the broken power generators. Nigeria assured Benin that the electricity supply would be increased by 300 megawatts. The pipeline of theThe West African Gas Pipeline Project (WAGP) was completed in 2007 and supplies Benin, Togo and Ghana with Nigerian natural gas, although the balance is not exactly positive. In 2019 there were still many and recurring power outages.

Benin is a member of many regional institutions, including the Fonds Africain de Garantie et de Coopération Économique (FAGACE), with 14 member states and its headquarters in Cotonou, the Fonds de Solidarité Africaine (FSA), and the Autorité du Bassin du Niger (ABN), both with headquarters in Niamey / Niger.

In order to increase investments in the CFA zone, the UEMOA, together with the Communauté Économique et Monétaire de l’Afrique Centrale (CEMAC), created the Internet platform IZF.net, which offers potential investors a wealth of information for all member countries.