Benin is geographically located in the so-called “Dahomey Depression”, an almost forest-free savanna corridor. The 20.8% reduction in forest cover in the period from 1990 to 2010 is all the more dramatic. The US Geological Survey indicates that the agricultural area increased from 9.2% to 27.1% in the period 1975-2013 at the expense of savannahs and natural forests. A rapidly growing population puts increasing pressure on forests, which are becoming ever smaller. Slash and burn, uncontrolled bush fires and illegal logging of valuable wood threaten the ecological balance. 80-90% of the total requirement of around 60,000 m³ is felled illegally. The problem is exacerbated by the illegal practice of processing the felled trees into commercially available planks on site. The valuable residual wood is simply left behind and burned with the next bush fire. While in the south the population density explains the demographic pressure on the country, the high rate of population growth extensive agriculture and animal husbandry in central Benin and rapid deforestation and degradation of natural resources in northern Benin. The consequences of deforestation and extensive agriculture / animal husbandry include the silting up of bodies of water / rivers and lakes (e.g. Ahémé Lake) and a strong decline in wild animals and biodiversity in general. The progressive coastal erosion is a major problem due to the port and climate change (sea level rise).

Another problem with uncontrolled deforestation is charcoal production. Wood is still by far the most important energy carrier with a biomass share of the energy carrier mix of around 90%. The need for charcoal in cities is enormous. Almost every household cooks food on coal stoves with inefficient energy consumption. In the north of the country, deforestation leads to desertification, the soils degrade and become sterile. The teak plantations in central and southern Benin, where the wood is felled in a controlled manner, are a glimmer of hope. Even if the plantations are no substitute for maintaining the ecological functions of near-natural forests, they at least contribute to the recovery of the forest stands. The reforestation was also a concern of the President when he launched the 10 million people, 10 million trees campaign. Various reforestation programs were also launched in the following years. In the context of climate protection, soil protection, soil rehabilitation and the preservation of biodiversity, According to areacodesexplorer, Benin carries out various projects and measures, including the protection of natural resources (Pendjari Park, W-Park, cross-border biosphere reserve Mono-Delta, etc.). Despite the population pressure on the land, many villages still protect their sacred (small) forests, which generally surround the villages and serve as a location for certain rituals and ceremonies of the villagers. 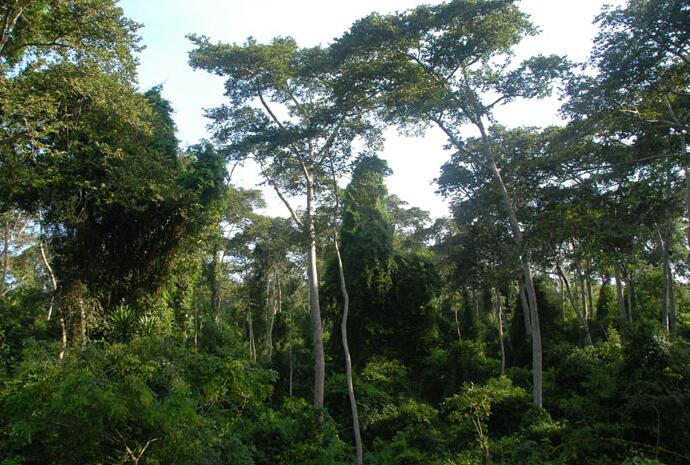 In Cotonou around 40,000 Zemidjans bring their passengers to their destination and tens of thousands more (other sources speak of around 300,000!) Young people with no professional prospects will also take up this job. Zemidjan means in the Fon language spoken in the south of the country “get me to my destination quickly” and are two-stroke moped taxis whose bluish exhaust fumes are omnipresent in Cotonou. Many of the taxi drivers are on duty for 12 hours and not infrequently complain about damage to their health. It is often the last resort to make some money to get through the day. Unfortunately, the Zemidjans are the most common means of transport involved in traffic accidents in Cotonou. In July 2017, the Benin government launched the Benin Taxi project in Cotonou. The project will have 203 cars in Cotonou and will also be launched in other cities such as Parakou, Djougou or Natitingou, where the entrepreneurs have already received the car taxis. Benin Taxi should not be confused with Air Benin Taxi. This deals with air transport among others between Cotonou and Parakou.

Inadequate garbage disposal is another problem. On the beaches, along the roads or on valley basins, in which the garbage collects “naturally”, wild rubbish dumps arise again and again. There are hardly any waste incineration plants. The official landfills are largely overloaded. Plastic packaging and, above all, the widespread black plastic bags that have entered the country with progress are being burned. Often car tires are burned on which street vendors grill and sell goat heads. Incorrect burning of plastic and car tires produces highly toxic substances such as dioxins, which then get into the air unfiltered.

A private university is using drones to develop a surveillance system to monitor pollution in Cotonou. The ongoing coastal erosion also threatens the city of Cotonou. A research project (DACCIWA), funded by the EU, has been investigating air pollution and its effects on health, the quality of agricultural production and climate change in West Africa since 2015.

On June 27, 2018, a new law came into force in Benin, which forbids the manufacture, import, sale and use of plastic bags with a transition period of six months. If implemented effectively, the law will help, for example, reduce the enormous annual costs of cleaning the canals in Cotonou, keep beaches clean and improve people’s health (hot meals are often packed in plastic bags).