Benin, the ‘cradle of Vodoun’, as the country is often called, has a great ethnic diversity with over 50 languages. Traditional court art and culture as well as contemporary art, represented by internationally successful artists, writers and musicians, bear witness to Benin’s extraordinary cultural wealth.

Compared to many neighboring countries, Benin has a relatively stable democracy. To power in the state as a rule, the “cadres”, ie the state officials from the various parts of the country, argue. Regional or ethnic affiliation plays a central role in questions of power. This is why politicians are often asked first where they originally come from. Whoever wants to gain political power often has to have a regional base. At the same time, Benin is a very centralized state. Despite the decentralization process, many of the important decisions are still made in Cotonou, where the country’s elite reside and where all the relevant institutions are. As a result, despite the importance of regional issues in political discourse and in the formation of political alliances, a certain alienation of the Benin elite in Cotonou from the parts of the country they represent can be observed. The half-hearted implementation of decentralization with the simultaneous withdrawal of the state from the local political level led to the establishment of numerous new actors and institutions. There is competition for legitimacy, power and resources in the local political arenas.

In general, it can be stated that political parties, camps and alliances change frequently and quickly. Those who want to expand their political power also need money, since very expensive election gifts often have to be made in election campaigns in order to secure the votes in certain regions.

Particularly important decisions had to be made under the reign of Boni Yayi in economic policy, educational policy and the fight against corruption. In 2011, the government founded the ANLC – Autorité Nationale de Lutte contre la Corruption. The challenges are still to unravel the corrupt fabric around the port. Ships often call at the ports of neighboring countries because the costs in Cotonou are too high or unpredictable. Although the ANLC has done a remarkable job, government officials are still involved in misappropriating government funds. Such is the case of Carlos Adohouannon which embezzled more than 4 billion CFAF (6.1 million euros). According to constructmaterials, he was arrested in Dakar on September 14, 2020 and shipped to Benin. After fleeing for a year, he was arrested in Dakar on September 14, 2020 and taken to Benin.

The cotton system, an inflated structure of private, semi- and state institutions, also needs to be brought under control. In terms of educational policy, Boni Yayi ensured that primary school (scolarité maternelle et primaire) has been free since 2007. General conscription was also introduced in 2007, and the first recruits were sworn in in 2008.

A bill, which was adopted in April 2015 by Parliament, provides the retirement age of government officials to increase from 55 to 60 years. In May 2016, President Talon set up a commission charged with the political and institutional reforms.

The human rights, press, assembly and freedom of political parties and the political neutrality of the army, respected as much as possible in Benin as from various reports and indices of institutions dealing with human rights, is evident. Amnesty International criticizes the restrictions on freedom of expression and assembly around the elections. Until 2016, the abolition of the death penalty was not enshrined in law, despite the ratification of the 2nd Optional Protocol on the Abolition of the Death Penalty. The government did not begin to make changes to the legislation until 2018. The UN Anti-Torture Committee urged the government to take immediate action against the overcrowded prisons to take.

According to the Ibrahim Governance Index of 2018, Benin ranks 7th out of 54 African countries in terms of human rights. The Global Slavery Index 2018 places Benin 66th out of 167 countries and puts the number of people living in modern slavery at an estimated 58,000 (32,000 in 2017). French journalists reported 50,000 children a year who fall victim to child trafficking, while German journalists reported on criminal gangs that operate from Benin and sell children to Nigeria.

According to the NGO Intact, female genital mutilation is a thing of the past in Benin, but there are still women who suffer from the consequences of this procedure.

The criminal law contains Benin Although no prohibition of homosexuality and same-sex sexual acts between consenting adults are not punishable. Nevertheless, homosexual women and men are socially ostracized and stigmatized so that they are forced to keep their sexual orientation a secret. 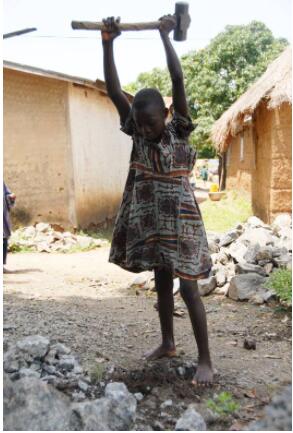