Nearly two-thirds of the working population is employed in the service sector, such as tourism. Almost a quarter of the labor force works in agriculture and the industry employs just under one sixth.

The official unemployment rate has generally been between 10 and 15 percent since the beginning of the 1990s. Large immigration and an ever younger population with poor education contribute to the high numbers. Unemployment among young people is twice as high as among the general population.

About one tenth of the labor force is unionized. The most important trade union is the National Trade Union Congress of Belize (NTUCB). Employees at banana plantations are often prevented from organizing. 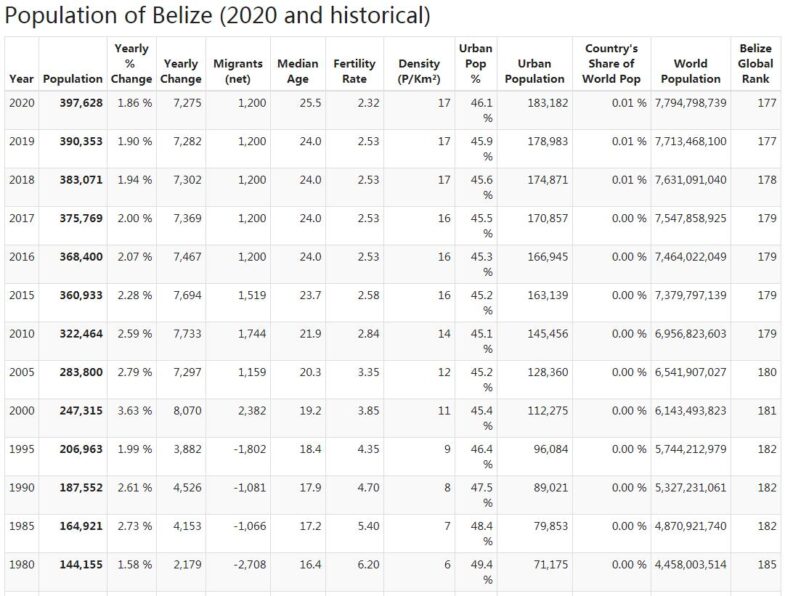