Around three quarters of the working population are employed in the service sector. Only a few percent of the labor force is now found in agriculture.

Since the turn of the millennium, unemployment has fluctuated between around 8 and 12 percent, which is a lower proportion than in many of the eastern Caribbean countries. Many young Barbadians, in particular, are looking for jobs abroad.

The right to form trade unions is regulated by law, but there is no defined right to negotiate collectively. Employers are not explicitly required to recognize unions, and there are no explicit barriers to discriminating against union members. Some occupational categories, such as police officers, firefighters and employees of water and electricity companies, lack the right to strike. 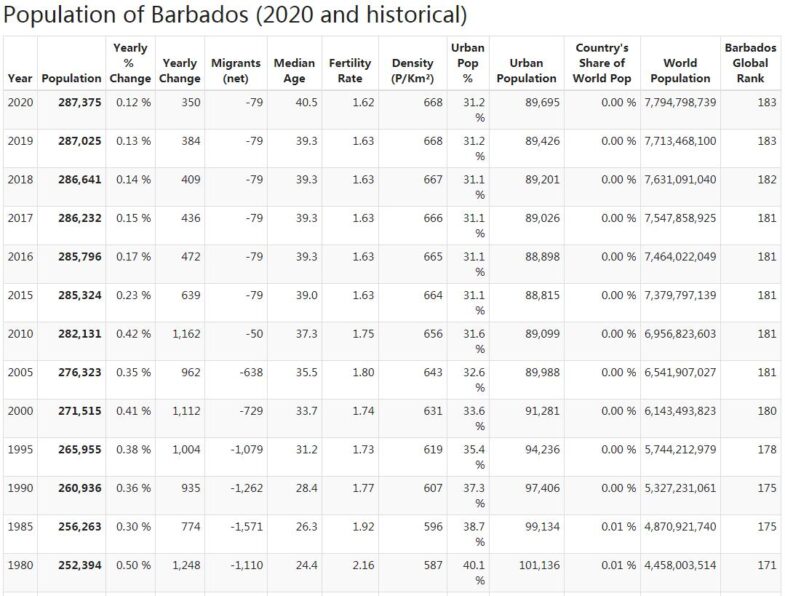