There is a lot to find along the French Riviera. In Cannes, much is centered around the seafront and the old town, as well as the islands that lie just outside. Here is a selection of the best experiences you must have in Cannes. 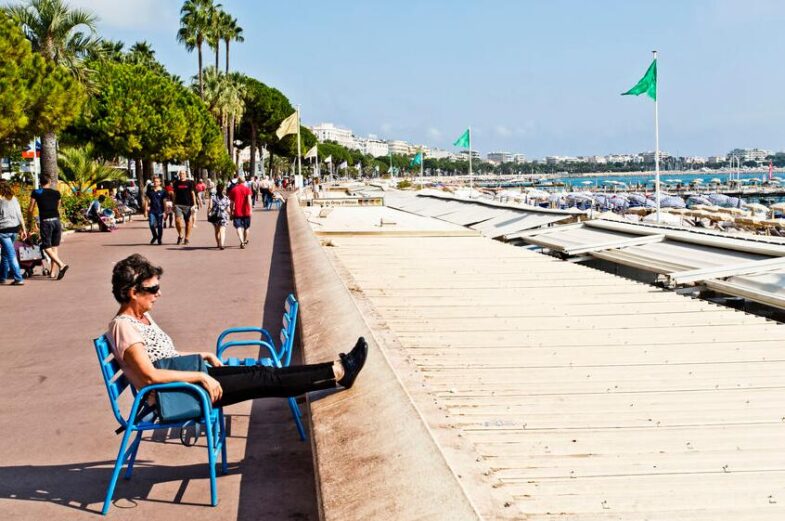 The main attraction of Cannes is simply not to be missed. It is the Boulevard de la Croisette, or Croisette as visiting Norwegians like to call it. The avenue goes around large parts of the bay, with the beach and the Mediterranean on one side, and the beautiful Nouveau Art architecture on the other side. Many choose to stay in one of the beautiful, whitewashed luxury hotels on the Croisette. From here you have views of the Iles de Lérins, beach life, yachts and the sea. 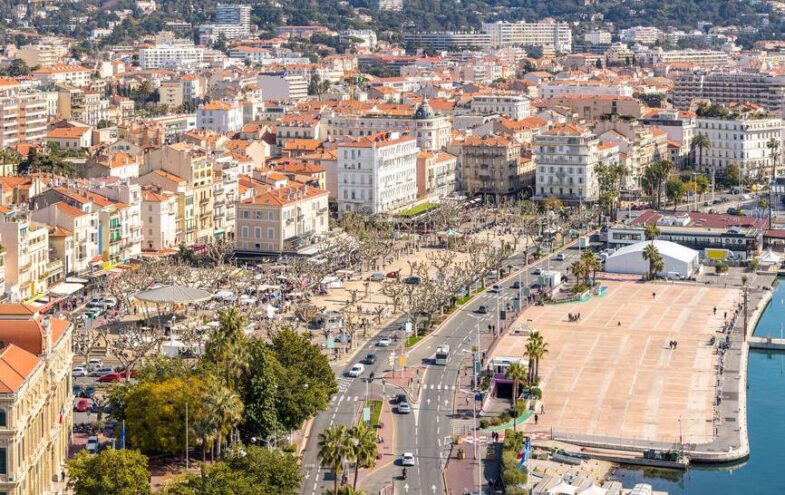 The old town of Cannes is located on a hillside called Mont Chevalier, and was originally a fishing village. The whole district is car-free and offers good, old-fashioned charm á la the Mediterranean. Key words are narrow streets, stairs between the houses, great architecture, small restaurants and cozy cafes. Le Suquet is also a well-known shopping area, both for those who are looking for delicacies, and for those who want to buy the latest from the most famous fashion houses. It is mainly located on Rue d’Antibes and Rue Meynadier. 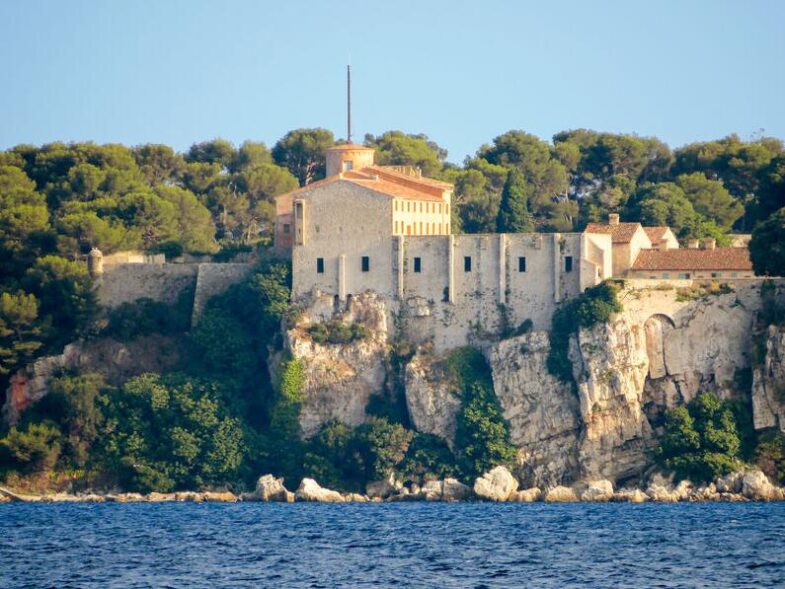 Ile Saint-Marguerite is the large island you see from the port of Cannes, and one of the islands called Iles de Lérins. You can get there by boat from the harbor, and the trip takes no more than 15 to 20 minutes. The island is a beautiful place to relax. Here you can stroll around on quiet paths among the eucalyptus trees, before eating delicious seafood in the small village with no more than 20 small houses. However, the main attraction on Ile Saint-Marguerite is Fort Royal. If you’ve seen the movie “The Man with the Iron Mask” , that’s where he was imprisoned, poor thing. 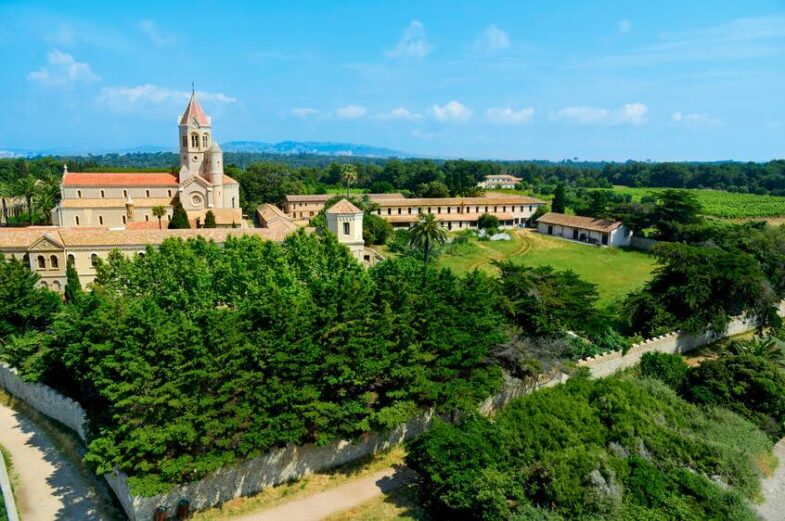 The other of the Lérins Islands is Ile St-Honorat. The island has been populated more or less exclusively by monks for almost 1500 years, and still is. The monastery is the main attraction on the island, although you can also take a stroll here in quiet and beautiful surroundings. The monastery is considered one of the most important of its kind in the Christian religion. The monks deal with what monks do everywhere else, which includes winemaking and spirits burning. Bottles can be bought in their stores, but only if you behave quietly and politely. Boats to Ile St-Honorat leave from the port of Cannes, and the trip takes a few minutes longer than to Ile St-Marguerite. 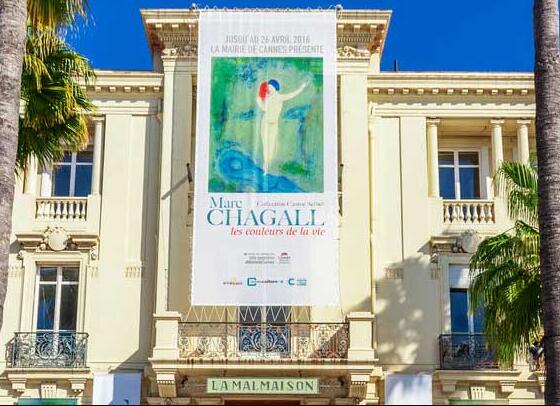 Originally, the building that houses the La Malmaison Museum was part of the Grand Hotel in Cannes, built in 1863. When the hotel was demolished and rebuilt in the 1950s, only this small house remained from the original building mass. Previously, the house was used as a Grand Hotel’s tea and games room, before it was converted into a museum in 1983. The museum’s exhibitions change, but are centered around famous artists who had some connection to Provence. This means that here you can see masterpieces from Picasso, Cesar, Miró, Masson and Matisse, among others.

The museum is located in an old stone castle on a hill overlooking the bay of Cannes, and on the outskirts of the old town of Le Suquet. Originally, the castle was a monastery, but now it houses an impressive collection of antiques and art from all over the Mediterranean. There are also separate collections of art from the American continent, Oceania and the Himalayas. From the top of the castle tower you get an incredibly beautiful view of Cannes and the surrounding area, in all directions. Right next to the Museé de la Castre you have what is considered the most important church in Cannes, Notre-Dame de l’Espérance. It is also worth a look. 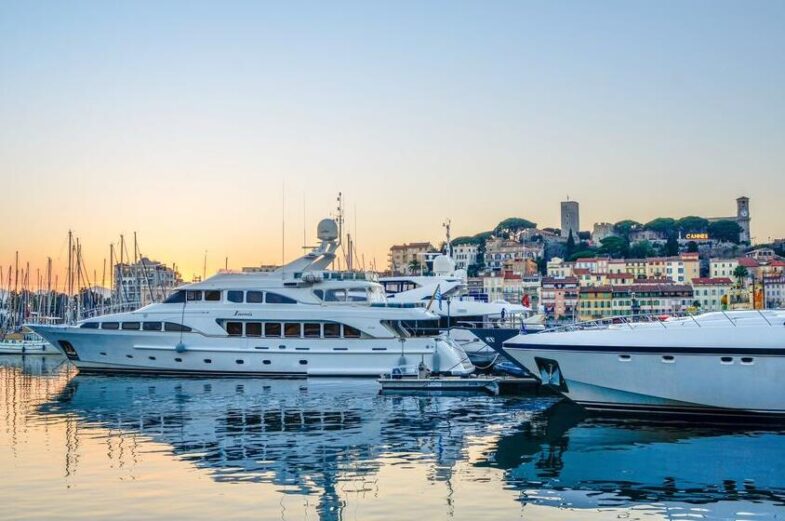 The Cannes Marina (also known as Port Cannes I) is located just below the old town of Le Suquet, close to both La Croisette and the Palais du Festival. The harbor is the place to stroll while you look at the beautiful sailboats and luxury yachts that lie in a row. You will also find many nice cafes and restaurants here. Also stop by the Allées de la Liberté, a particularly pleasant area just north of the harbor. There you will find even more cozy eateries, as well as a colorful flower market.