There are of course endless possibilities for exciting experiences in Bruges. The city center is so concentrated that you can reach a lot in a short time when you spend your city break here. Here are some of the most important and highly recommended sights. 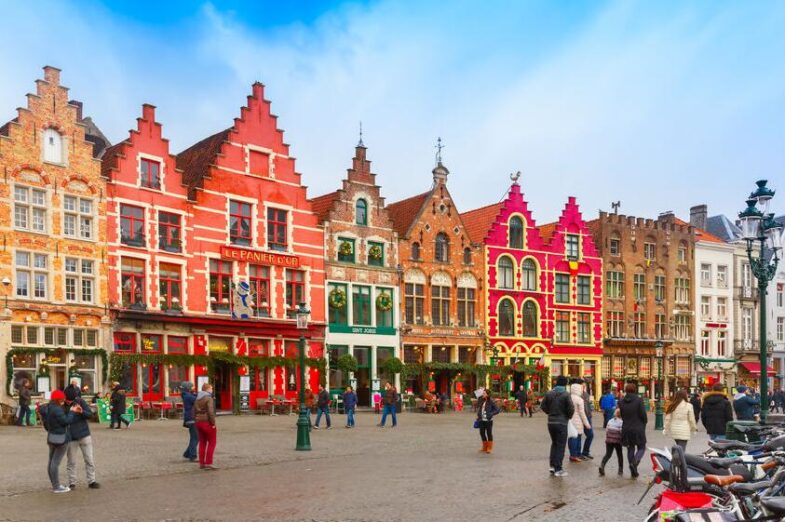 The large square in the center of Bruges is also called the Grand Place, or just the Markt. The square is surrounded by historic buildings, dominated by the bell tower Belfry and Maison du Roi (The King’s House, also called the Bread House or Broodhuis). This is Bruges’ most important tourist attraction, and the right place to take in the city’s history. Along the buildings it is close together with outdoor cafes, pubs and restaurants. Many festivals and concerts are held on site, especially in the summer and at Christmas time. Every other year in August, almost the entire square is covered by a beautiful flower carpet of over 1800 square meters. In July you can catch the historical role-playing game Ommegang, and in December the space is used for one of Europe’s most popular Christmas markets. 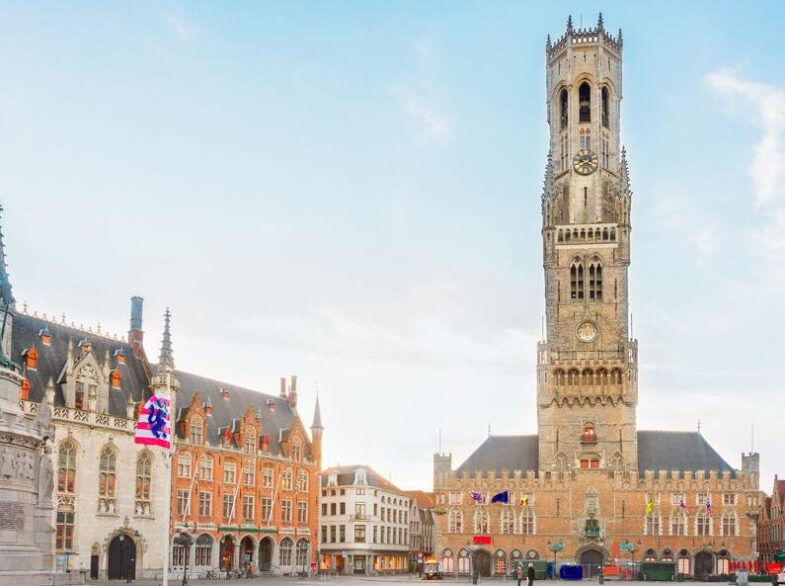 The old bell tower (also called Belfort) rises 83 meters above the ground in the middle of Bruges’ historic center, at one end of the Grote Markt. The original tower was built in the middle of the 13th century, and was used as a treasury and archive. Several fires over time have led to changes in the original construction. Today, the bells in the tower are actively used to remind Bruges residents of the times, anniversaries, working hours and starting shots for various festivals and important events. You will climb the tower if you are willing to traverse the 366 steps to the top . From there you have a fantastic view of the Grote Markt and the city center. 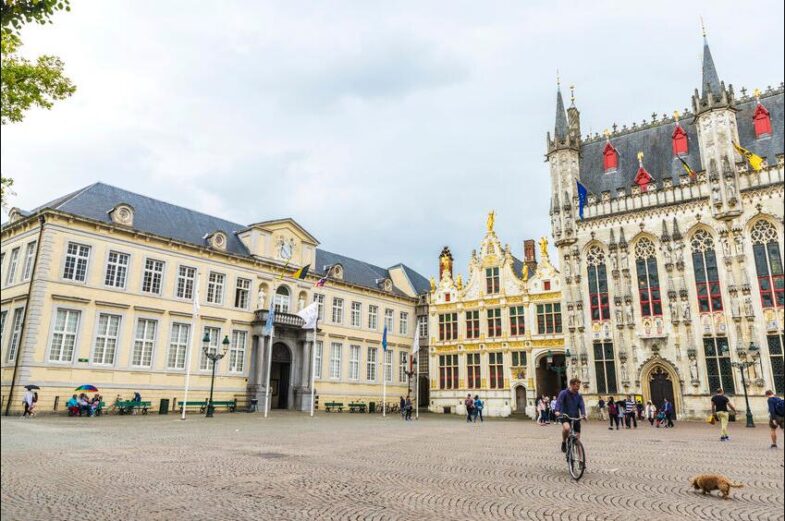 Burgplassen is a slightly smaller square than Grote Markt, and is only a stone’s throw away. This is probably the oldest inhabited part of Bruges. Archaeological finds show that De Burg was a kind of center already in the 300s. Later, the square became the headquarters of the regional kings who ruled the area. The most striking building at De Burg is Bruges Town Hall (Stadhuis). The town hall is built in Gothic style and is among the oldest of its kind, dating back to 1376. The square also houses the famous Holy Blood Basilica and the city’s first courthouse. Between the buildings there is a small alley called Blinde Ezelstraat. If you stroll down it, you will come to the town’s old fish market which is located by one of the canals.

Basilica of the Holy Blood 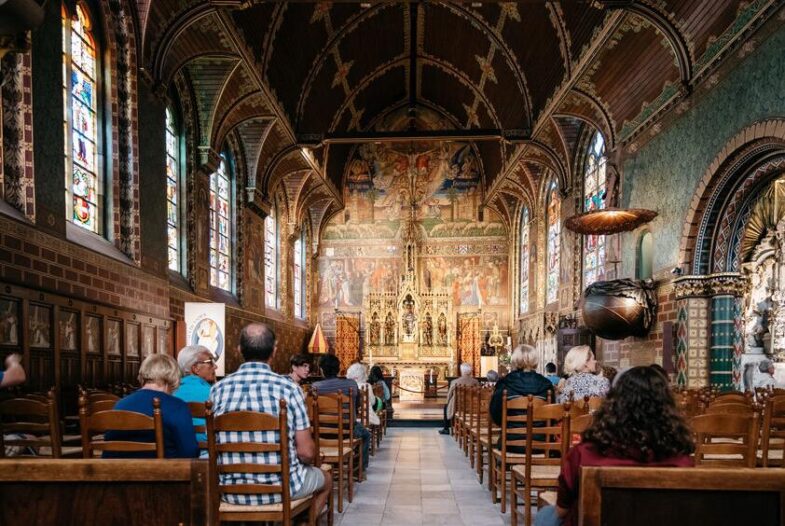 The basilica is located right next to the town hall of De Burg, in one of the corners of the square. The first part of the church, the St. Basil’s Chapel, was built in Romanesque style between 1134 and 1157. This part is virtually unchanged since it was built, while the Gothic-style chapel located in the upper part was laid. to in the 16th century. It holds the ampoule, which is said to have contained blood from Christ, and which is the relic from which the basilica takes its name. You can visit Basiliek van het Heilig-Bloed every day, both to attend services and to see the museum section. 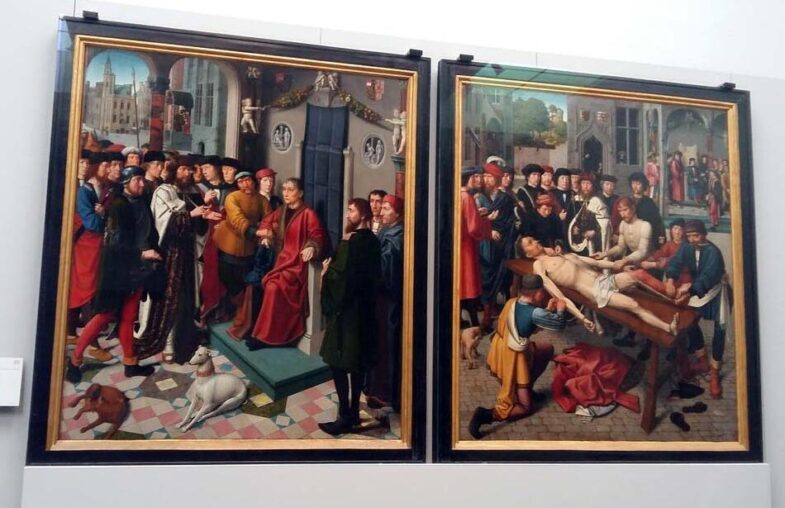 The City Museum in Bruges exhibits art from the most famous Belgian painters. Among the permanent exhibitions you will find masterpieces by Jan van Eyck, Hugo van der Goes, Gerard David, Hans Memling, Urusla and Lucia Legend, Ambrosius Benson, Pieter Pourbus and Lancelot Blondeel. The museum is located in something as rare as a modern building, and is open every day until 17.00 except Monday. Our Lady’s Cathedral (Onze Lieve Vrouw), and the small park on the canal De Dijver, are close by. 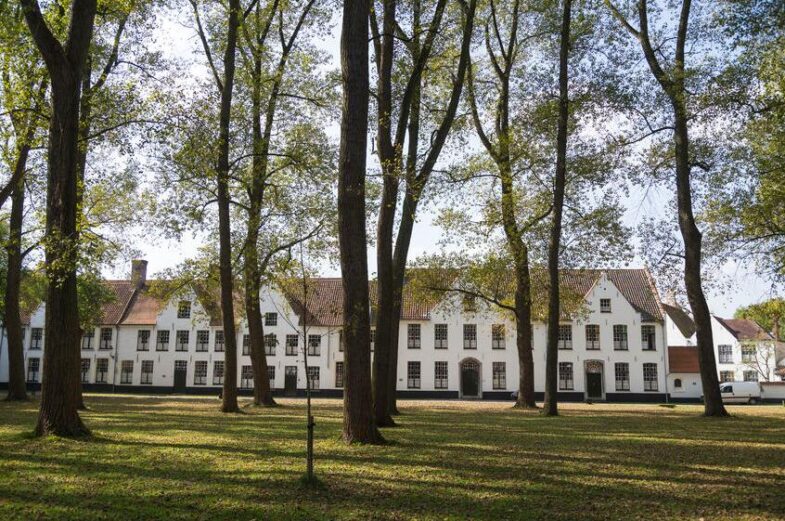 Begijnhof (also Beguinage) is a nunnery dating back to 1245. Today’s buildings consist of small and whitewashed houses in Gothic style, built in the 16th, 17th and 18th centuries, in addition to the church building from the same period. Inside the Begijnhof you can escape all the noise and noise from Bruges’ busy streets. Here it is quiet and beautiful, with green lawns and benches to settle on. On one side of the Begijnhof is a part of the canals called Minnewater (Lake of Love). You can cross it over a beautiful small bridge, and get over to the castle (Kasteel Minnewater) and the at least equally beautiful park on the other side. 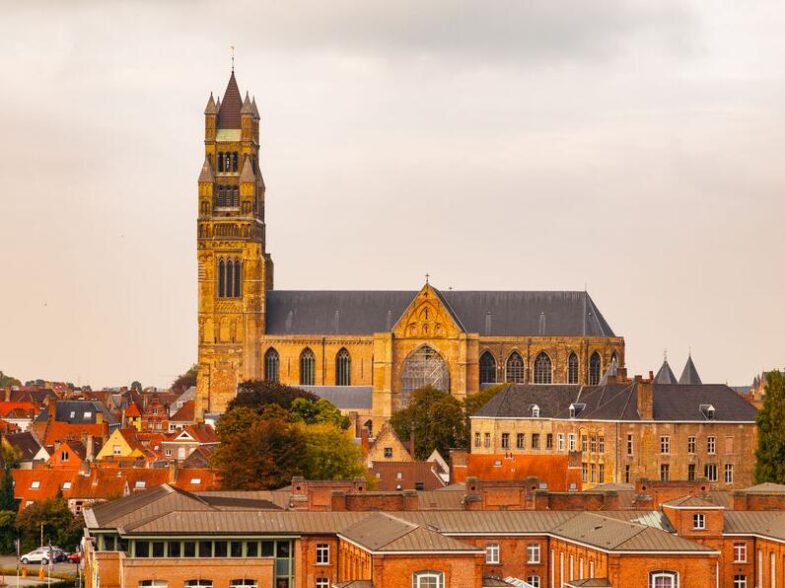 This cathedral is probably Bruges’ oldest church. The roots can be traced back to the 10th century, while today’s construction began in the 13th century. It took time to build churches in the old days, and the cathedral has been altered and extended almost to the present day. Sint-Salvatorskathedraal is open on weekdays for tourists, while on weekends you can stop by when there are services. The building is among the most towering in Bruges, and it takes just under 10 minutes to walk there from the Grote Markt. 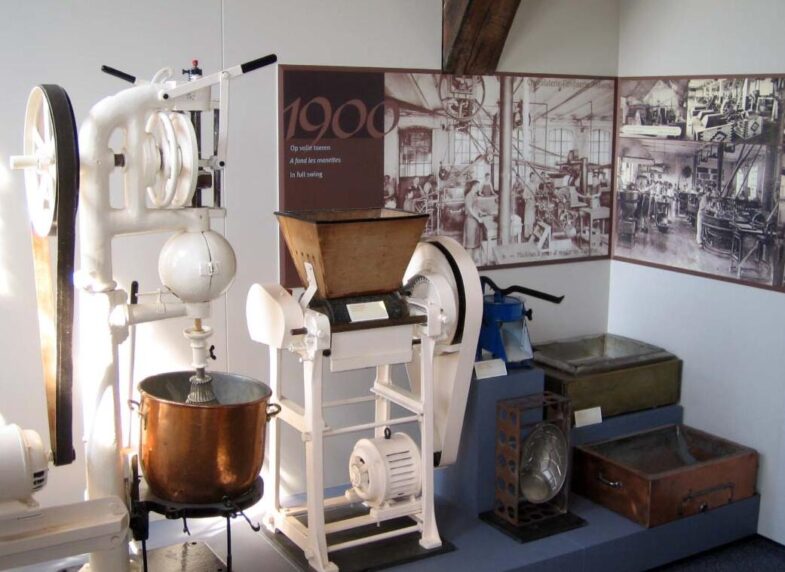 Chocolate is an important part of modern Belgian culinary culture. According to the Belgians, Bruges is also the capital of chocolate in the world. Therefore, of course, they have a chocolate museum, and an associated chocolate bar which is a few minutes walk from the museum. Visitors get a fun introduction to the history of chocolate, but the most important thing is perhaps to see the section that focuses on the chocolate’s many health benefits. Chocolate tastes better when you are convinced that it is healthy! Of course, chocolate is made in all varieties at the museum, and you get to taste it along the way.

Take a tour of the canals 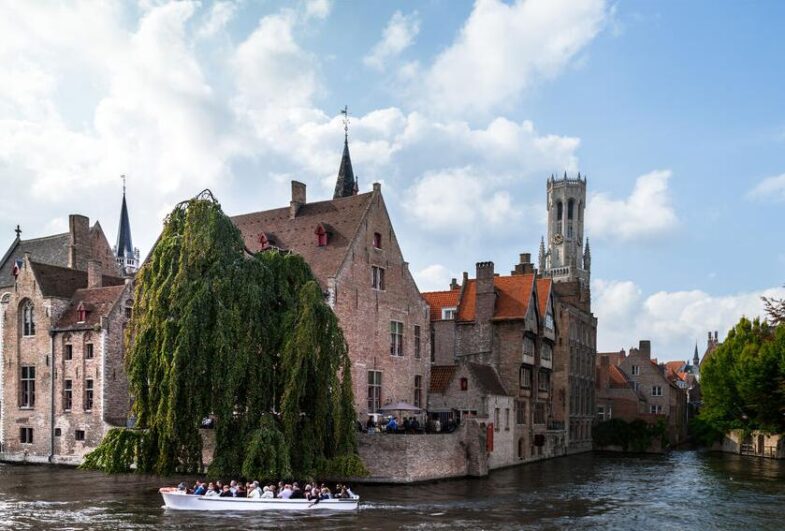 The canals that both enclose and meander through the center of Bruges can be experienced from a boat. This is a great way to see the city. There are mainly five different quays where arranged boat trips depart from, and it is easy to jump on and off depending on what you want to see in each area. Most companies that arrange boat trips are open every day from March to October from about 10.00 to 18.00. There are also boat trips in the coldest months, but usually only on weekends, and as long as the weather allows it. 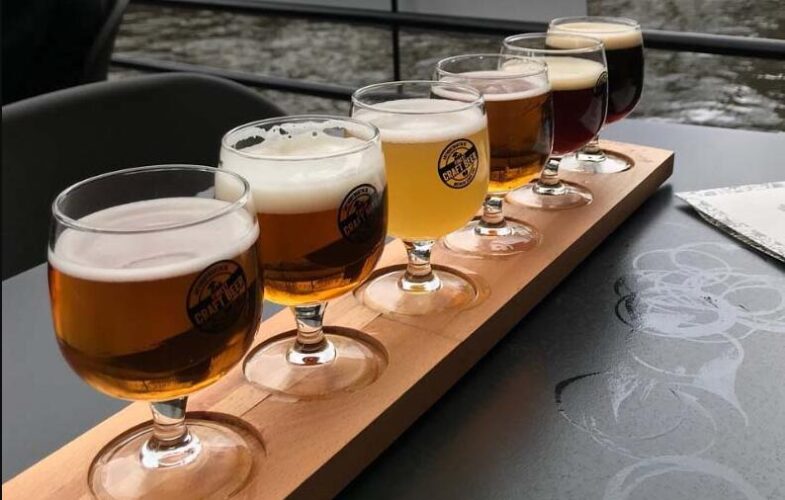 As mentioned, beer is something the Belgians can and are proud of. It is therefore no surprise that Belgian beer culture has also ended up on the UNESCO World Heritage List. Beer brewing is a thing monks have been doing for a long time, and in this area of ​​Europe there were quite a few monasteries. These traditions are well taken care of by many of Belgium’s small breweries. Some of the better breweries can be found in the heart of Bruges, and there you can visit. Try, for example, Bourgogne des Flandres. Guided tours of the brewery are provided daily from 10:00 until 18:00, while the bar is open until 19:30. Another good alternative is De Halve Maan. Guided tours are provided daily between 11:00 and 16:00, while the restaurant and pub are open until 22:00.