Attractions in and around Aberdeen

It is no problem to travel from one wonderful sight to another when visiting the north coast of Scotland. The question is whether you have enough time. Below you will find some suggestions that are centrally located, or a short distance from the center of Aberdeen, a city located in United Kingdom. If you have more time on hand, you can imagine some of the beautiful fishing villages along the coast, Loch Ness , Slains Castle and much more. 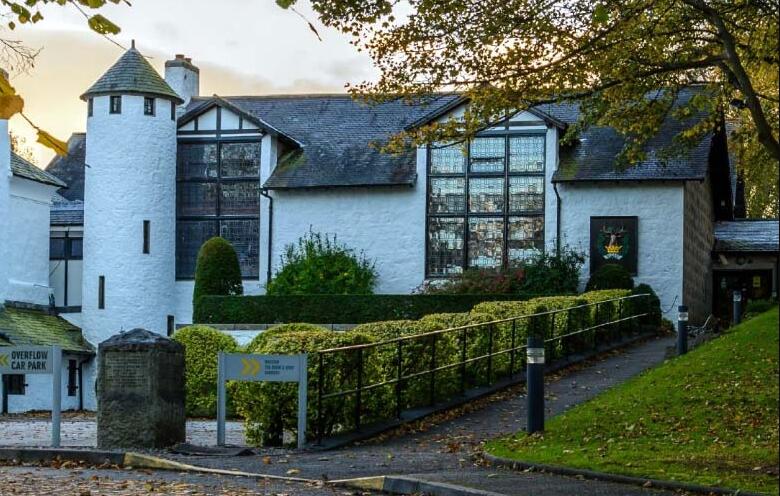 At this museum you get a wonderful introduction to the history of The Gordon Highlanders. Gordon Highlanders was an infantry regiment in the British Army from 1794 until 1994. The regiment participated in the Napoleonic Wars, the war between Egypt and the British, in several expeditions in the ancient colonies, as well as in both world wars. According to Winston Churchill, The Gordon Highlanders was the best military unit in the world, known for its courage and skill. The museum is packed with old weapons and equipment that the Highlands used up through the ages, as well as goods and valuables that were robbed in the first wars. 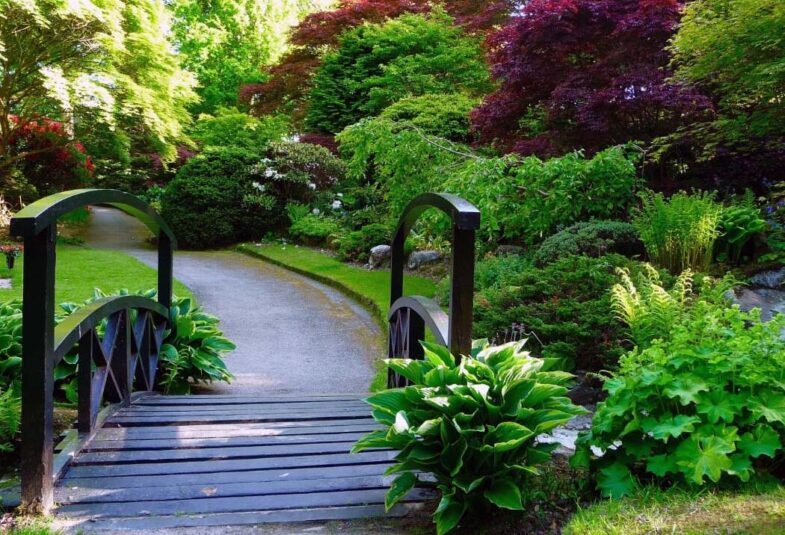 Johnston Gardens is a beautiful park located in the western part of Aberdeen, a few steps from The Gordon Highlanders Museum. The park is considered one of the most beautiful in the British Isles, and has won the best prize in the annual Britain in Bloom award a number of times. The award also includes cities, where Aberdeen is a regular among the winners, largely due to Johnston Gardens. Here you can expect impressive flowers in all colors, small streams, waterfalls and duck ponds with many different types of ducks. Bring a camera! 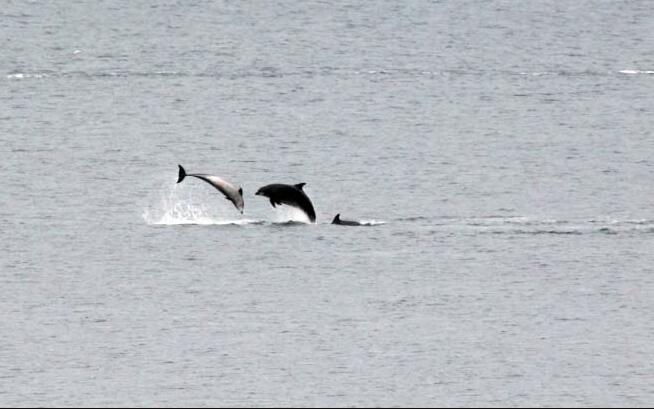 On the headland that juts out right at the mouth of the River Dee, and within walking distance of the center of Aberdeen, there are very good opportunities to see dolphins. Not just one or two, but often up to 40-50 of the beautiful animals at once. The meeting between the fresh water from the estuary and the sea is like a restaurant for the dolphins. Here they have perfect access to food, and thus stay close all year round. If you are really lucky, you will see the dolphins hunting salmon. Occasionally, other whale species also appear, as well as the occasional seal. The best vantage point is the ruins of the artillery fortress Torry Battery. The fortress dates from 1860 and was last operational during World War II. 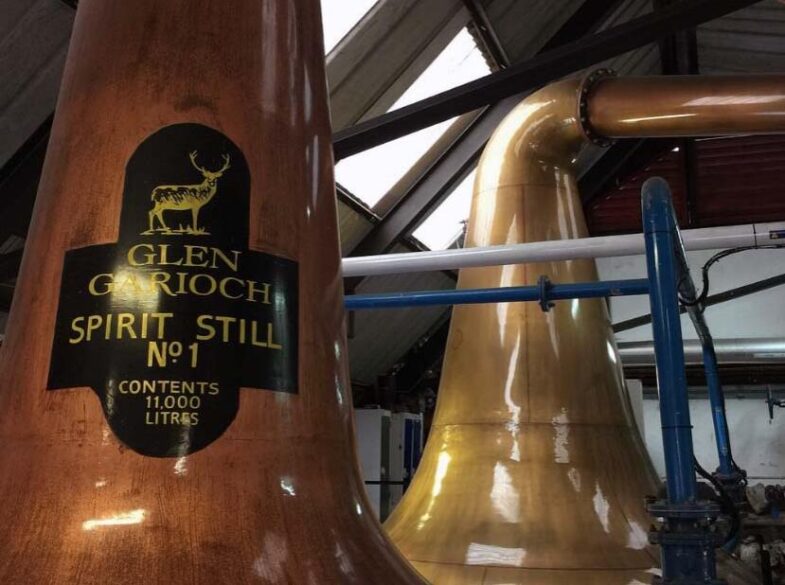 This whiskey distillery is one of Scotland’s oldest and smallest. Glen Garioch has been producing whiskey since 1797 in the historic village of Oldmeldrum, about 30 minutes northwest by car from downtown Aberdeen. The distillery is open to the public every day of the week (Sundays only from June to September), but you must book a tour in advance. You can choose from simple tours that take an hour, to more extensive tours that include a look at the barley field, the water source, the distillery, tastings and a meal in an 800-year-old bar. The whiskey from Glen Garioch is of the noble and exclusive variety. 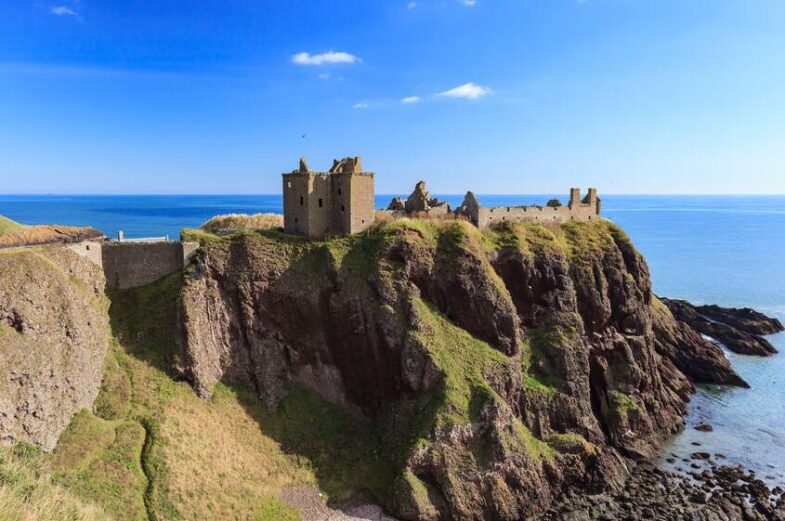 The remains of the fortress Dunnottar are from the Middle Ages, but the history goes further back in time than that. Apparently there must have been a fortification here already in the 5th century, and in the year 900 it is believed that Vikings on a voyage took the life of King Domnall II in a battle on what later became Dunnottar Castle. Today the fortress is a ruin, but there are still more than enough walls and towers intact to justify a visit. The fortress is located on a cliff, with a 50 meter cliff straight into the sea. The cliffs are also home to one of the largest bird sanctuaries in Europe. Dunnottar is located about 30 miles south of Aberdeen, just outside a small and beautiful town called Stonehaven. Perhaps the best way to get to Dunnottar is to take the path from the harbor in Stonehaven (3 kilometers) that runs along the cliffs. 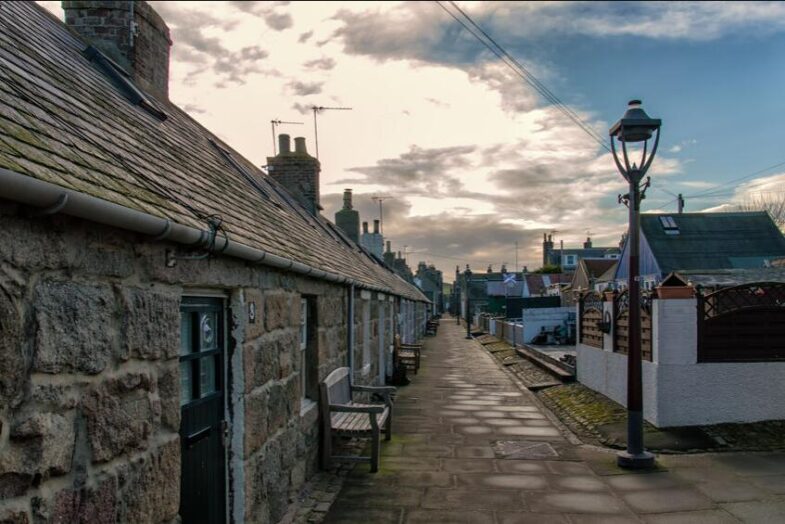 Footdee, or just “Fittie” as the locals say, was originally a small fishing village, now a district of Aberdeen. The first traces of buildings are from the end of the 14th century, while the current buildings are from 1809. Originally, 28 houses were built to house the fishermen who worked at the harbor nearby. The houses were aimed at two square spaces, and with the “back” against the bad weather that often comes from the sea side. The buildings and cobbled streets in Footdee are very well taken care of. Together with the atmosphere and charm, this makes it feel as if you have traveled back in time when visiting the village. Fish is still important in Footdee, and you will find several good fish restaurants there. 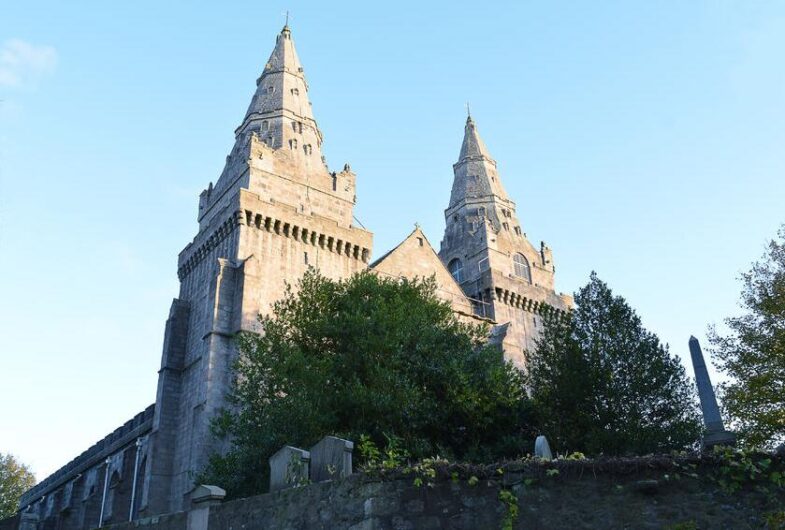 The central part of Aberdeen’s Old Town is full of historic buildings. Some of them date back to the Middle Ages. Along the cobbled streets, there are sights close together. The most important part is the university. Originally, this consisted of King’s College, established in 1497, which was thus the fifth oldest university in the English-speaking part of the world. In practice, large parts of Old Aberdeen serve as the university’s campus. Most people who live here are students and staff at the university. The district thus has many cozy restaurants, bars and cafes. Other attractions worth visiting in Old Aberdeen include The Old Town House from 1789, St. Machar’s Cathedral, The Powis Gates, Cruickshank Botanic Garden and Seaton Park. 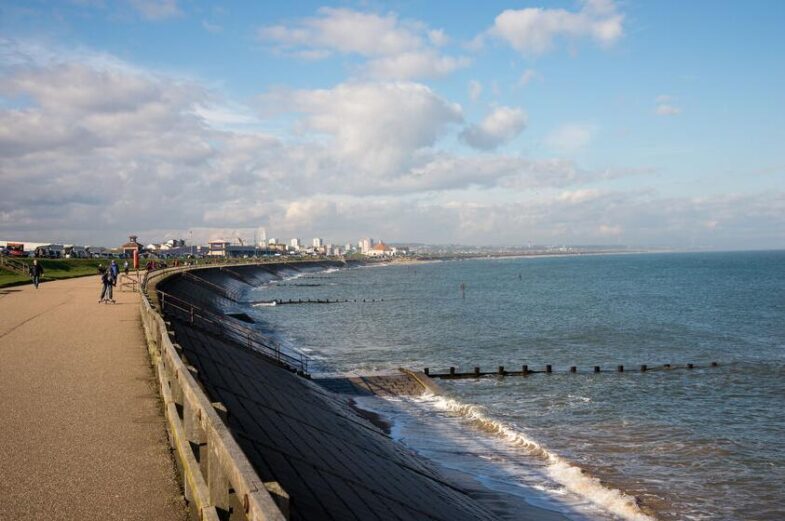 There are many beautiful beaches in Scotland and Aberdeen Beach is one of the best. It is also very centrally located, and is thus a popular place to visit for both locals and tourists. Staying at the DoubleTree by Hilton hotel you will find the beach right outside the front door. Along the wide and golden beach there is a promenade with many cafes, restaurants and shops. Queens Links Amusement Park is located here, as well as a movie theater, ice rink and Kings Links Golf Course. Aberdeen Beach is also known as a great beach to surf on. 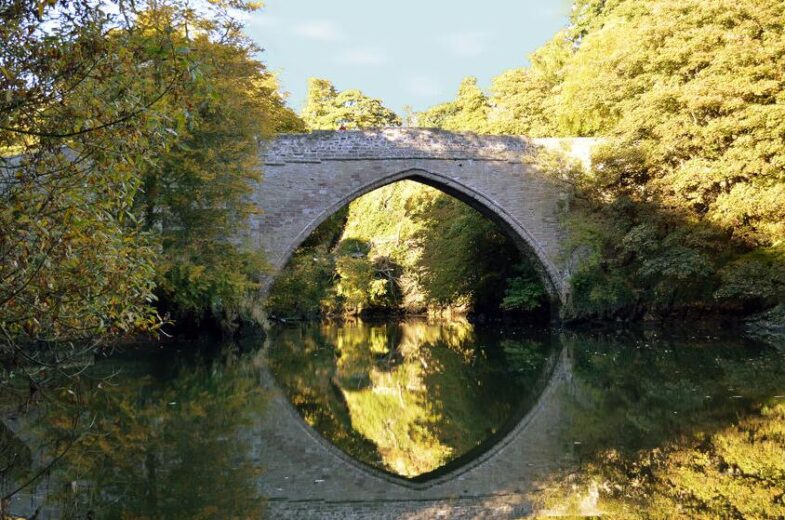 If you need a stroll in green surroundings, Aberdeen has more than enough parks to offer. If you choose Seaton Park, you can enjoy Scotland’s oldest bridge, o’Balgownie. It allows you to cross the river Don dry-shod, and has stood there since the end of the thirteenth century. The stone bridge is also mentioned in Lord Byron’s famous poem about Don Juan. Seaton Park is just north of Old Aberdeen, with St. Machar Cathedral and Cruickshank Botanic Gardens in between.