In principle, there is no unemployment in Andorra, but the small country is dependent on immigrant workers who get temporary work permits. Employees can join trade unions, but the right to organize trade unions is not enshrined in the law.

Although there is no registered unemployment in Andorra, in 2009 a system for unemployment benefits was introduced.

Due to the small population of the country, the country is in great need of immigrant labor. Many guest workers, often from Latin America, only get temporary work permits in the tourism sector and are forced to leave the country when the permit expires. In addition, thousands of paperless immigrants work in Andorra.

According to a 2000 agreement between the EU and Andorra, Andorran have the same opportunities to work in France and Spain as citizens of other EU countries.

The right to collective bargaining and strikes is not regulated by law, nor does it exist in practice. There are a number of registered unions in the country. In recent years, small peaceful demonstrations have taken place on May 1st. The protesters have demanded that the government approve new labor laws to strengthen the rights of employees. 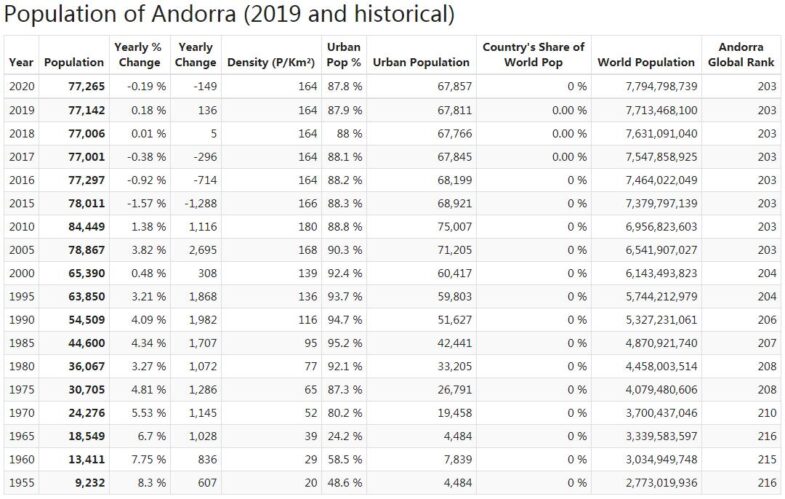